Tourists must blow whistle on trafficking during Olympics, religious say 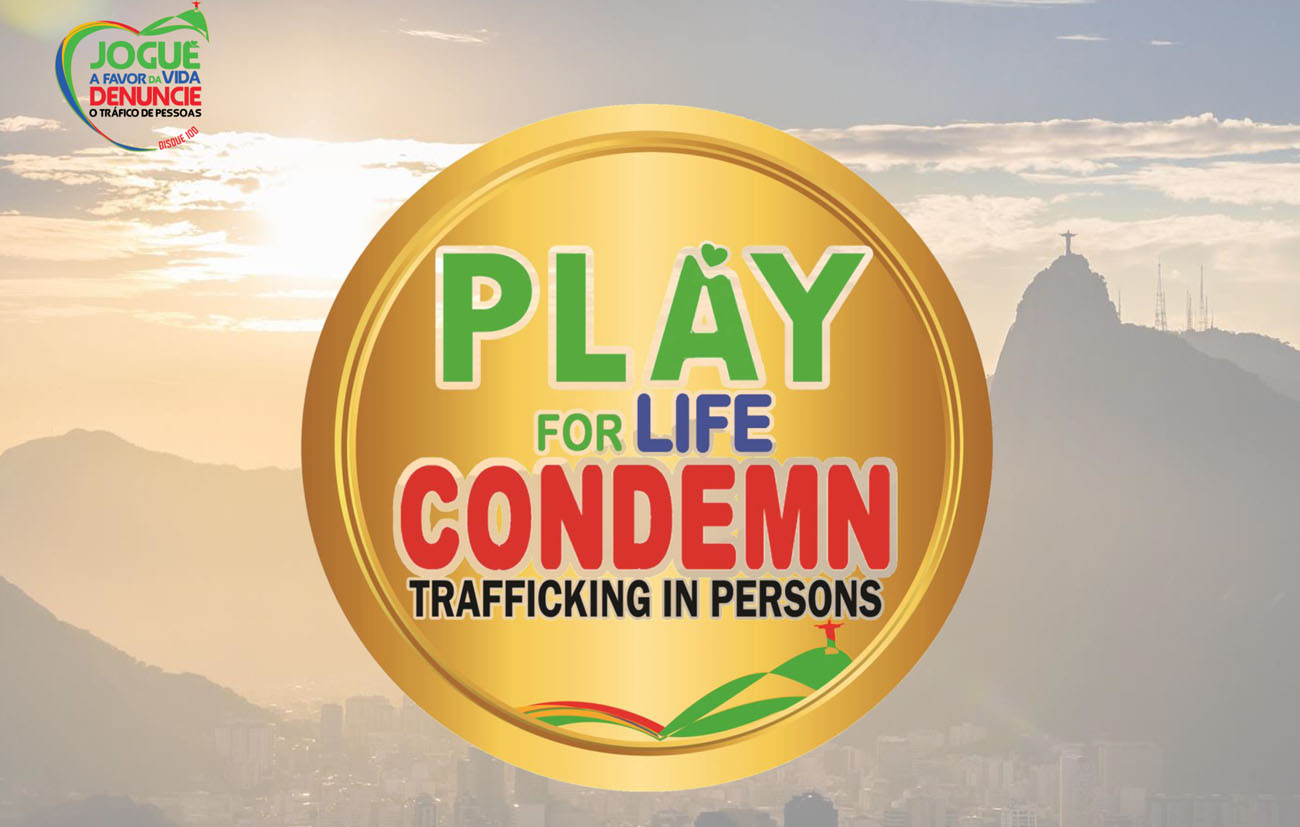 VATICAN CITY (CNS) — Religious priests, brothers and sisters in Brazil are urging everyone attending the Olympic Games to report instances of exploitation of vulnerable people and to turn in suspected traffickers.

Their campaign, “Play for Life,” invites tourists, residents and visitors “to take a stand, not to submit passively to the arrogance of those who want to manipulate and use everything, even sports and life, for power, pleasure and greed,” according to a global network of religious.

“Talitha Kum,” an international network of consecrated men and women working against trafficking in persons, sponsored a news conference at Vatican Radio June 21.

The group unveiled a new campaign organized by “Um Grito pela Vida,” the Brazilian network of religious against human trafficking. The campaign was being launched for the Summer Olympics in Rio de Janeiro, Aug. 5-21.

The risk of exploitation against workers, women and children increases in the run-up to and during major events, which can be used to deceive people “with false promises of more jobs and a better life,” said a Talitha Kum press release June 21.

“The city of Rio de Janeiro is one of the main Brazilian cities that attracts tourists who are interested in buying sex, even with children and adolescents,” it said.

“The 2016 Olympic Games will attract a lot of tourists and with them, opportunities for criminal organizations to enter more easily to pursue their own evil agenda,” it added.

With on-the-street initiatives, leafleting and meetings open to the public, campaigners hope to: raise awareness that “sexual exploitation is not tourism, but a serious violation of human rights”; advocate for measures that prevent and clamp down on trafficking; and educate those who are particularly vulnerable to being recruited by traffickers.

The campaign also urges visitors and residents to report “all forms of exploitation,” especially the sexual exploitation of children and adolescents, by calling the toll-free number “100” in Brazil.

The Brazilian network ran a similar campaign during and after the World Cup soccer tournament in Brazil in 2014. The network said more than 30,000 women religious, nearly 8,000 priests and 2,700 religious brothers were involved in that campaign.

The “Play for Life” campaign during the soccer tournament “contributed to a 42 percent increase in the number of complaints of sexual exploitation of children and adolescents and of situations of human trafficking,” Talitha Kum said in its press release.

Talitha Kum is a project of the International Union of Superiors General, and is present in 81 countries. Local networks educate and warn potential victims of trafficking, work to fight the poverty that pushes people into vulnerable situations and rescue victims.