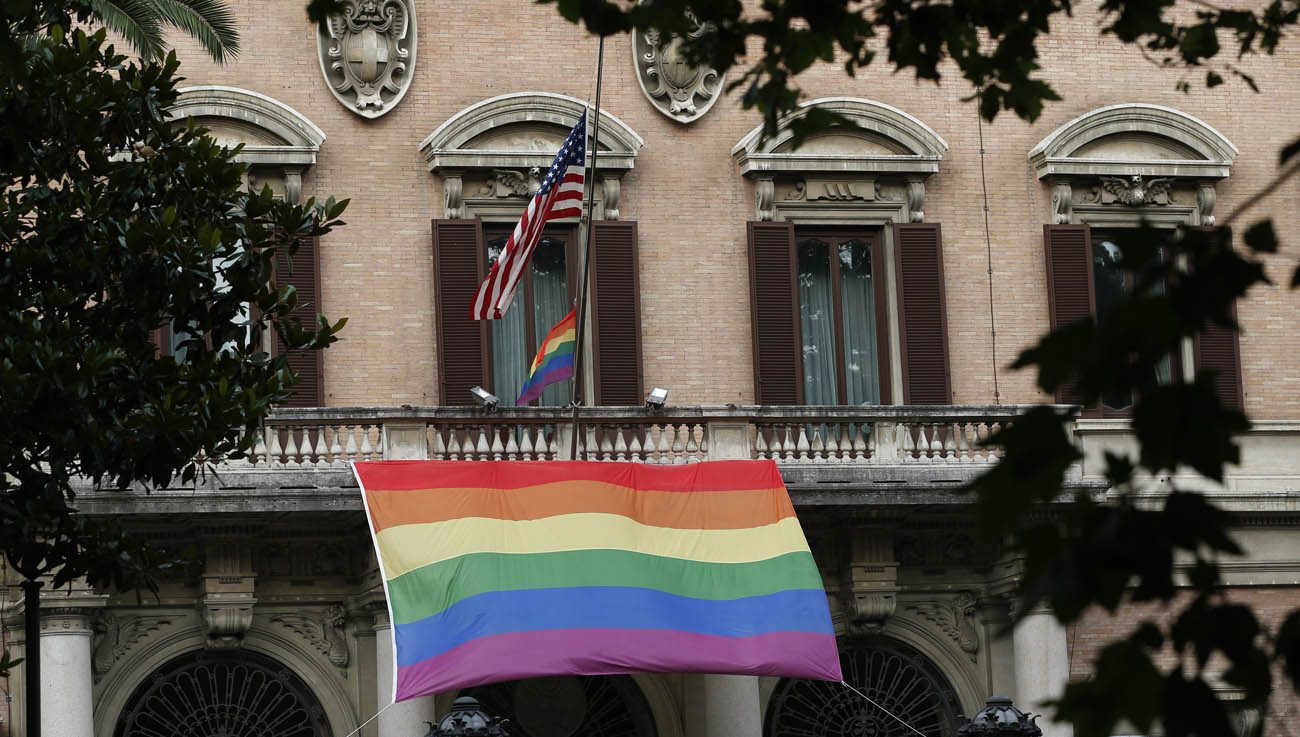 Rainbow flags, symbolizing the LGBT movement, fly alongside the U.S. flag outside the U.S. Embassy to Italy in Rome June 16. A prayer service was held nearby at St. Patrick's Catholic Church in remembrance of the victims of the Orlando, Fla., terrorist attack. The event was planned by the U.S. embassy to the Vatican in conjunction with the Santa Susanna Parish for U.S. Catholics in Rome. (CNS photo/Paul Haring)

ROME (CNS) — Forty-nine votive candles burned in front of the altar in a Rome church as people gathered to pray for the victims of the massacre June 12 in an Orlando, Florida, nightclub.

Paulist Father Steve Bossi, vice rector of Santa Susanna, spoke about the need to build a culture where everyone is accepted.

In brief remarks at the service, Ken Hackett, U.S. ambassador to the Holy See, said there is “no reason any individual needs to own an assault weapon.”

Omar Mir Seddique Mateen, 29, was identified by police as the lone gunman responsible for the massacre at the Pulse, a gay nightclub.  Police say he used a semi-automatic rifle and a semi-automatic pistol, both of which he purchased legally.

At the Rome prayer service, Hackett mentioned several victims by name and noted that “many were also a part of LGBT community, a community that has seen more than its share of suffering and tragedy.”

The vigil was planned to honor the victims, he said, and to send our “deepest and heartfelt condolences and prayers” to their families and friends.

PREVIOUS: Approach families with respect because God is at work, pope says

NEXT: Laypeople push a church ‘on the move’ to peripheries, pope says