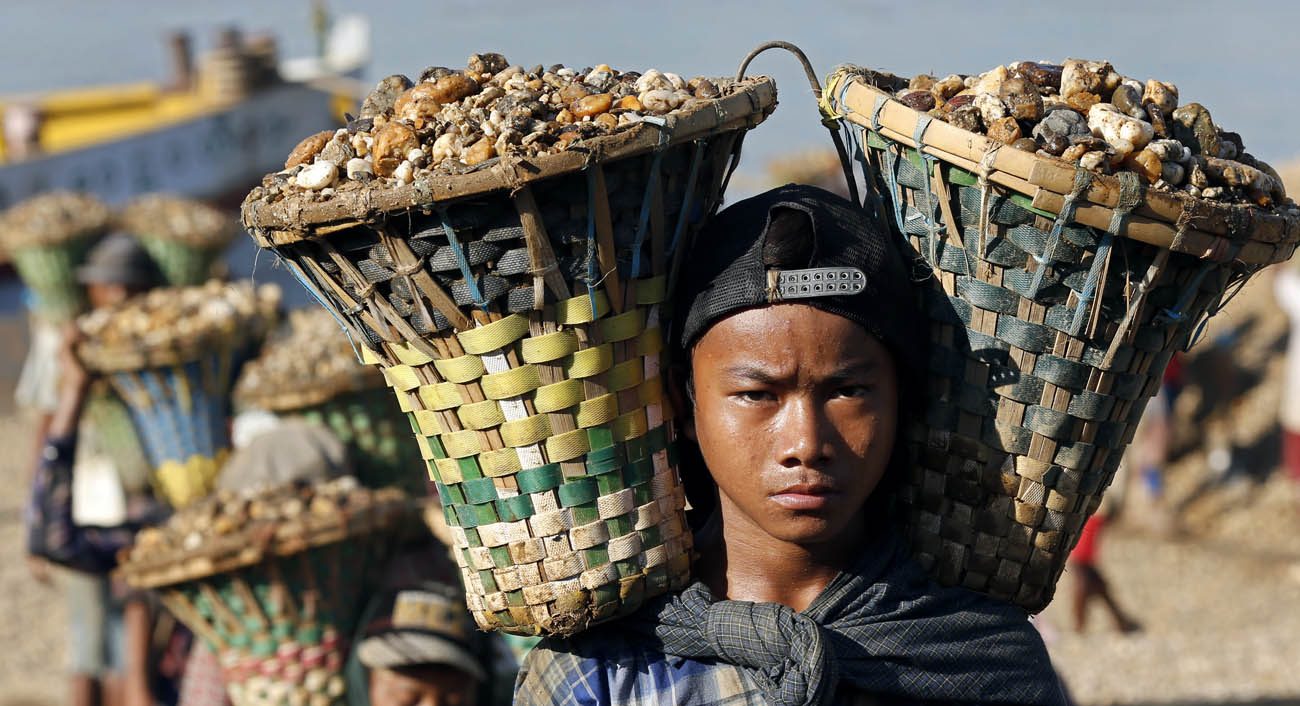 Children in Yangon, Myanmar, carry baskets loaded with gravel used for construction, Nov. 6, 2015. Pope Francis called on the world community June 12 to come together to eliminate the root causes that force millions of children into the world of slave labor. (CNS photo/Rungroj Yongrit, EPA)

VATICAN CITY (CNS) — Pope Francis called on the world community to come together to eliminate the root causes that force millions of children into the world of slave labor.

Marking the World Day Against Child Labor June 12, the pope called for a renewed and united “effort to remove the causes of this modern slavery.”

Before praying the Angelus with people gathered in St. Peter’s Square, the pope said exploitative forms of child labor deprive millions of children of their fundamental rights and expose them to “grave dangers.”

“Today in the world, there are many enslaved children,” he said.

The International Labor Organization estimates that 168 million children are engaged in hazardous, demanding or morally reprehensible forms of work that deprive them of basic education, dignity and development.

In its world day campaign for 2016, the ILO was urging businesses to guarantee their supply chains were free from child labor. It said companies can raise awareness among staff of the importance and value of education for children as well as offer financial incentives to keep kids in school.

It said businesses should help address poverty — the root cause of child labor — by paying adult workers wages that allow them to send their children to school.

NEXT: Situation in Nigeria called one of world’s worst humanitarian crises