Situation in Nigeria called one of world’s worst humanitarian crises 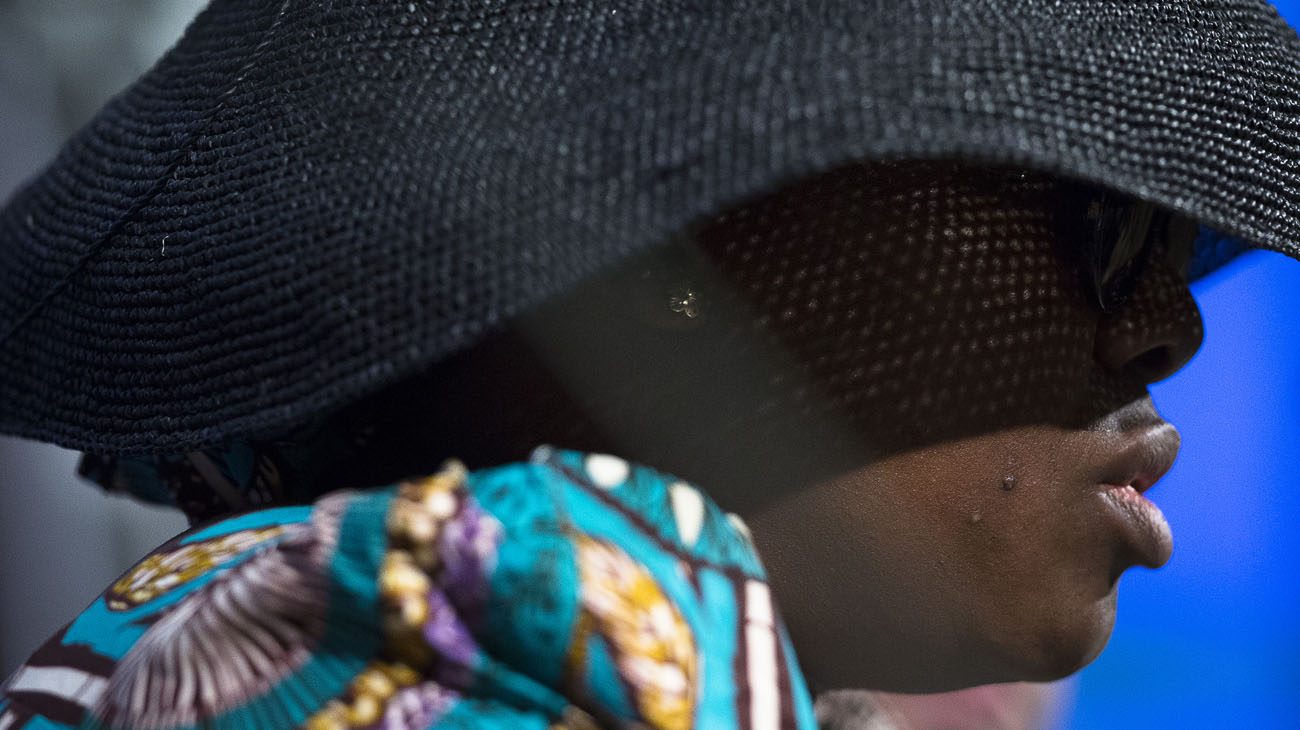 A Nigerian mother of one of the more than 200 Chibok schoolgirls abducted by Boko Haram in 2014 speaks at a panel discussion in Washington June 9. She is the first parent outside the West African nation to speak about the missing girls. (CNS photo/Tyler Orsburn)

WASHINGTON (CNS) — The mother of a missing Chibok schoolgirl spoke out at a news conference June 9 in Washington, addressing the kidnapping of her daughter and over 200 other girls by the Nigerian terrorist group Boko Haram.

“Mary,” the name she goes by, is first parent to speak about the girls outside of Nigeria.

More than two years have passed since the April 14, 2014, abduction. Some girls managed to escape a few months later, but most of them remain missing.

Besides the news conference, Mary also was part of a panel, joined by Elijah Brown, executive vice president of the 21st Century Wilberforce Institute; Ambassador David Saperstein, ambassador-at-large for international religious freedom at the U.S. Department of State; and Becky Gadzama, co-founder of the Education Must Continue Initiative.

Boko Haram, according to Brown, is “the most lethal terrorist organization in the world in terms of numbers killed,” followed by Islamic State, al-Qaida and the Fulani militants of Nigeria.

“What is unfolding in northern and central Nigeria is one of the worst, most neglected humanitarian crises in the world,” said Brown. “Millions affected, thousands slaughtered, insecurity rampant, children ravaged by malnutrition, schools closed, houses of worship destroyed, and entire communities burned to the ground, and yet it is neglected.”

Mary shared the torment the girls and their families endured at the hands of Boko Haram, speaking of the night the girls were abducted.

Her daughter, who was 16 when she was kidnapped, turned 18 June 8, the day before the conference.

Although the militant group tried to force the girls to abandon their Christian faith and convert to Islam, many of the girls refused, including 19-year-old Amina Ali Nkeki, who was found in May.

“Those that stick to their faith of Christianity said that they will not turn their back on their God,” said Mary. “No matter sunshine, rainfall or under the shade, (God) is there with them. That is what (Amina) said.”

Mary mentioned that the global community has the ability to take the initiative to help bring back the girls.

“We really need your prayers,” said Mary. “If our girls will be found, you will help us also to rescue the lives of the dying mothers and we have many parents on their sickbed. Some are psychologically affected, some have spinal cord problems — they cannot even stand or walk. (But) the Lord Almighty is on the throne. He will see us through and one day we will all rejoice and be glad in it.”

Gadzama explained some of the ways the Education Must Continue Initiative is helping support the girls of Nigeria.

She said when many of the girls came to her, their education was poor. They had been led to believe, by terrorists, that girls could not go to school and if they did, the terrorists would find them.

“We said to them that education is going to be in their lives,” said Gadzama. “Education opens up people’s hearts and makes them realize that (they) have rights. We can exist regardless of our creed or our religious background.”

NEXT: Priest born deaf urges sacraments for children with disabilities