Clinton’s VP pick, a Catholic, faces criticism for his stand on abortion 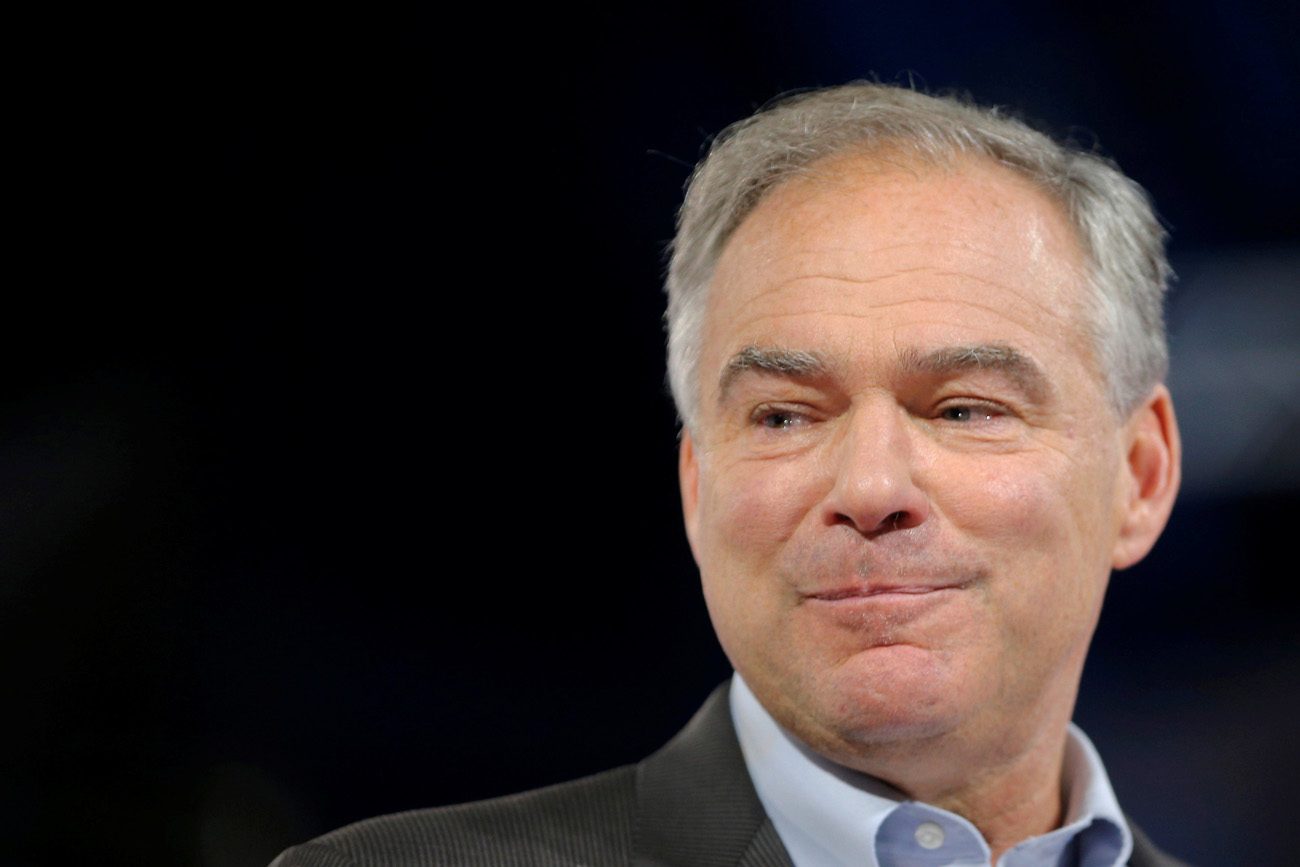 WASHINGTON (CNS) — Only a week after Donald Trump chose as his running mate Indiana Gov. Mike Pence, who was raised a Catholic and today is evangelical, Hillary Clinton chose as her vice presidential running mate U.S. Sen. Tim Kaine of Virginia, a practicing Catholic who has never lost an election.

Kaine grew up in Kansas outside Kansas City, Missouri, and attended the Jesuit-run Rockhurst High School there and graduated from the University of Missouri School of Journalism before taking time off from Harvard Law School to work in Honduras with the Jesuit Volunteer Corps. He has been a member of St. Elizabeth Parish in Richmond, Virginia, for 30 years and is an on and off choir member — he sang a solo verse of “Taste and See” at Mass there July 24.

Still, the vice presidential candidate has faced criticism from Catholics for his stances on issues such as abortion and the death penalty.

Bishop Thomas J. Tobin of Providence, Rhode Island, posted on Facebook July 23 that Kaine’s positions on abortion and same-sex marriage, among other issues, “are clearly contrary to well-established Catholic teachings; all of them have been opposed by Pope Francis as well.

“Senator Kaine has said, ‘My faith is central to everything I do.’ But apparently, and unfortunately, his faith isn’t central to his public, political life,” the bishop wrote.

Similarly, Carol Tobias, president of National Right to Life, released a July 22 statement denouncing Kaine’s abortion stance, including his opposition to a bill that would have prevented abortions after 20 weeks, had it passed in the Senate.

“Senator Kaine is good at hiding behind his Catholic background,” Tobias said, “but no one should be fooled. His record and his openly declared legislative goals are as pro-abortion as they come.”

Bishop Francis X. DiLorenzo of Richmond, Kaine’s home diocese, issued a July 22 statement as well “regarding Catholics in public office” that reiterated the church’s pro-life stance though it did not mention Kaine by name.

“We always pray for our Catholic leaders that they make the right choice, act in the best judgment and in good conscience knowing the values and teachings of the Catholic Church,” the statement read.

Kaine’s platform has become more accepting of abortion since his time as governor of Virginia from 2006 to 2010, when he approved funding for crisis pregnancy centers and upheld abortion restrictions such as a 24-hour waiting period and parental notification. He followed this term with two years as chairman of the Democratic National Committee.

Since his 2012 election to the Senate, he has had a perfect rating from NARAL Pro-Choice America, though he has supported the Hyde Amendment, which forbids federal funding for most abortions and continues to be included in many federal appropriations bills for abortions. He hasn’t yet commented on the DNC’s platform update, which says the party aims to repeal the Hyde Amendment.

“I have a traditional Catholic personal position, but I am very strongly supportive that women should make these decisions and government shouldn’t intrude,” Kaine told CNN earlier in July.

Kaine takes the same approach to the death penalty, though this issue seems to be notably more fraught for him personally.

During Kaine’s 2005 run for governor, his personal opposition to capital punishment came under fire, and his campaign produced an ad featuring Kaine telling the camera directly, “My faith teaches life is sacred. That’s why I personally oppose the death penalty, but I take my oath of office seriously, and I’ll enforce the death penalty … because that’s the law.”

Under Kaine, Virginia carried out 11 executions, delaying some of them and granting clemency once when the prisoner to be executed was deemed mentally unfit. He vetoed every attempt to expand the penalty’s use.

Wayne Turnage, chief of staff under then-Gov. Kaine, has told multiple media outlets that on execution days, Kaine would become quiet and somber, spending the evening executions in his office alone with an open phone line to the death chamber until an aide came to report the prisoner’s last words.

Larry Roberts, Kaine’s former chief counsel, told The New York Times June 24 that he was sure Kaine was praying through each execution.

Christopher Hale, executive director of nonpartisan coalition Catholics in Alliance for the Common Good, told Catholic News Service July 25 that he personally knows Kaine and sees the strength of his faith.

“The big thing to know with Kaine is he is someone who does take his faith seriously,” Hale said in a phone interview. “This isn’t just some passing facade; it’s the core of who he is.”

“The Catholic worldview has really inspired his politics. That being said, he’s not always perfect on the issues.”

PREVIOUS: ‘Krakow in the Capital’ to provide a World Youth Day experience in U.S.