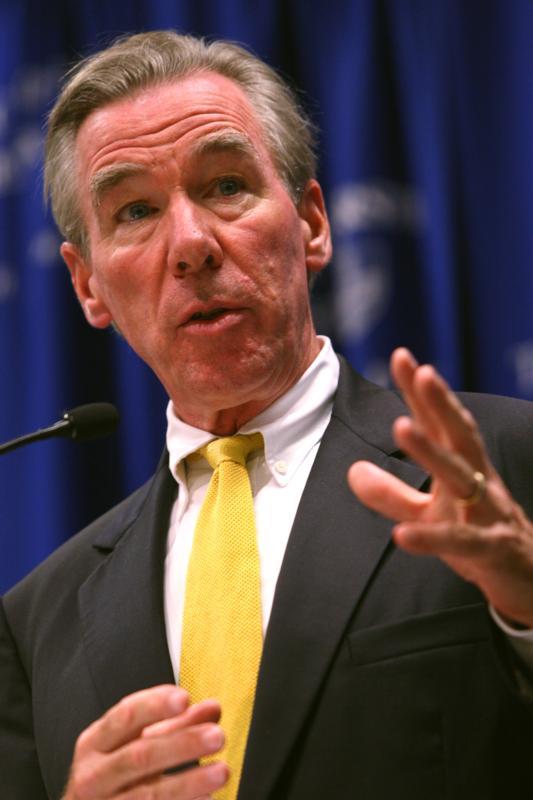 VATICAN CITY (CNS) — Pope Francis appointed John Garvey, president of The Catholic University of America, to the board of directors of a Vatican agency overseeing institutes of higher learning.

Garvey, a former dean of Boston College Law School and once-assistant to the solicitor general of the United States, was named to the Agency for the Evaluation and Promotion of Quality in Ecclesiastical Universities and Faculties. The Vatican made the announcement July 25.

Pope Benedict XVI created the agency in 2007 as a way to “promote and develop a culture of quality within the academic institutions that depend directly on the Holy See” and help these institutions identify, evaluate and improve their mission and objectives, according to the agency’s website.

The agency, headed by Jesuit Father Franco Imoda, helps institutions of higher learning outline “internal procedures to evaluate the quality of teaching, research and services” and organize outside experts for review.

Garvey is the first member of the agency to come from the United States. Most of the agency’s work focuses on ecclesiastical academic institutes in Europe; however, according to its current strategic plan, it hopes to realize a “pilot project” for evaluating faculties located outside of Europe.

NEXT: ‘Krakow in the Capital’ to provide a World Youth Day experience in U.S.