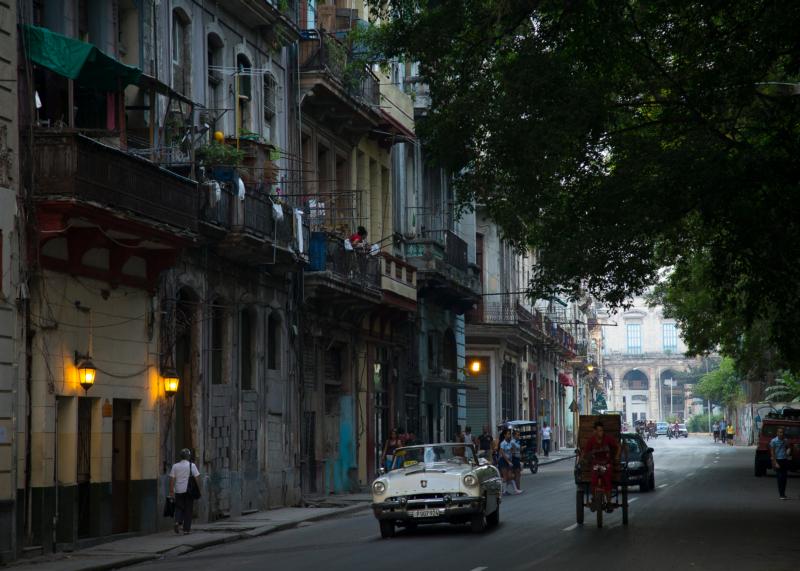 Subcommittee members came together to discuss the recent change in the relationship between the U.S. and Cuba, a change that has been met with mixed feelings on both sides of the issue.

Cubans and Americans alike say that American influence will lead to a decrease in violations of human rights by the Castro regime and that economic growth in the Cuban private sector signals internal political development.

However, many argue that America is fueling Cuba’s political and economic repression of civilians by funneling tourism and trade profits to the dictatorship.

The Obama administration has eased restrictions on travel to Cuba and commerce with the island nation, but the U.S. embargo remains in effect.

Led by Rep. Christopher Smith, R-New Jersey, and Rep. Karen Bass, D-California, the hearing included three witnesses who testified against what they said is the U.S. government’s lack of action regarding the use of violence by the Castro regime to oppress the Cuban people.

A fourth witness, Geoff Thale, defended the U.S. in its new relationship with the Castro regime. Thale is program director of the Washington Office on Latin America.

The two presidents spoke to reporters together after a closed-door, two-hour meeting. Obama told the press he had pressed Castro on human rights, free expression and democracy; Castro said he told Obama that to full normalize relations the U.S. would have to give up its base at Guantanamo and lift the embargo completely.

“Well, Mr. President,” said Smith, holding up a piece of paper to the subcommittee, “I have a list, right here, of more than 50 political prisoners compiled by my good friend and colleague Ileana Ros-Lehtinen, and I am going to enter it into the record.” Ros-Lehtinen is a Republican representative from Florida.

Bass remained optimistic about the recent change in American-Cuban relations, but U.S. Rep. Albio Sires, D-New York, called for more “concrete measures in terms of human rights, political freedoms, and the release of all political prisoners” by the Cuban government.

In his opening statement, Biscet said the House subcommittee “has been an unshakable bastion of the promotion and defense of the freedom values on the American nation. These values that ennoble the human dignity are those who are violated flagrantly and systematically in my nation. … For more than 57 years, the basic human rights: the freedom to talk, press, gathering, association and religious, had been undermined against the dignity of my people.”

The Cuban government imprisoned Biscet in 2002 for openly campaigning for human rights in Cuba. The Catholic Church in Cuba negotiated his release in 2011.

Biscet testified to torture he and his family endured as a result of his activism, including being locked in cells with inmates who had been infected with and denied treatment for AIDS, tuberculosis and various mental illnesses.

The next witness, Avila Leon, is a delegate to the Municipal Assembly of People’s Power for the Majibacoa municipality in Cuba’s Las Tunas Province.

Leon said she attempted to start a school in her neighborhood because the nearest school was nine kilometers away; for her efforts, she suffered numerous attempts on her life, one of which resulted in the severing of her left hand.

While many Cubans believed the lifting of U.S. restrictions on Cuba to be a blessing, Leon remained skeptical.

“Why has the situation of systematic human rights violations in Cuba not been a fundamental point in negotiations with the regime that has been 57 years in power?” she asked in her statement to the subcommittee. “How is it possible that the U.S. government has made so many concessions to the government of Cuba without demanding respect for human rights on the island and justice for the many attacks on civil and political rights of Cubans?”

Werlau, in her statement, highlighted Cuban human rights violations, drawing on her extensive research. Besides being president of the Free Society Project, Werlau, also heads a project called the Cuba Archive, which has gathered information into a huge online database of every documented disappearance and death of Cuban citizens at the hands of the Castro regime.

“As of December 31, 2015, our work had documented over 6,200 cases of death and disappearance attributed to the Castro regime not resulting from combat operations,” said Werlau, citing her work with the Cuba Archive.

“These include,” she continued, “over 3,100 persons executed without due process of law … small children, pregnant women, elderly persons, human rights’ advocates, protestant pastors, Jehovah’s Witnesses, homosexuals, young men objecting to the obligatory military service, exported workers put to work in unsafe and crime-infested, and anyone who gets in the way or unintentionally happens to fall prey of the Cuban regime’s Stalinist laws and practices.”

Thale in his testimony asked the other witnesses not to exaggerate their experiences.

“There are serious and real human rights problems on the island,” he said, “although I probably wouldn’t paint them in as uniformly grim a way as some of the other panelists here would.”

Thale explained that the “specifics of the situation” did not matter as much as the American response to that situation.

Thale argued that the U.S. should use its position with Cuba as an opportunity to “project (its) values and interests” so as to “strengthen broadly (its) contacts in the Cuban society.” He explained that the U.S. is currently in a position to pressure the Cuban government to cease using violence against its people, and that the U.S. will be able use its economic and political influence to promote human rights on the island as long as the government maintains the “healthy shift.”