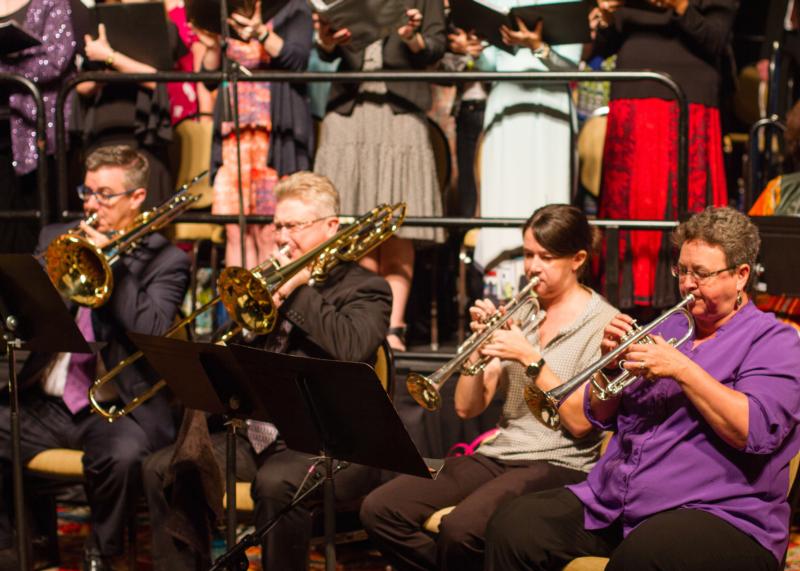 HOUSTON (CNS) — Leading some 1,500 pastoral musicians in song, Cardinal Daniel N. DiNardo of Galveston-Houston reminded attendees of the National Association of Pastoral Musicians 39th annual convention to “lean on the everlasting arms” of God in their music ministries.

Cardinal DiNardo celebrated the convention’s multilingual Mass for unity July 14, where he said he was the chief cheerleader of the musicians’ association and felt privileged to host the gathering.

The convention also marked a historical collaboration with another conference celebrating liturgy and culture called Unity Explosion, sponsored by Region X of the U.S. Catholic Conference of Bishops. One of the USCCB’s 15 episcopal regions, Region X includes Texas and Oklahoma.

Unity Explosion started in 1989 with the vision to liturgically recognize, embrace and share the gifts that Catholics of African descent bring to the universal church.

Cardinal DiNardo also reflected on church’s diversity and the sweltering Texas temperature, saying though people were “melted outside by Houston heat,” inside at their gathering all were one. “The warmth is from the Holy Spirit,” he noted.

“We are gathered by the Lord in this liturgy tonight, a beautiful time, people of every land, tongue, nation and race,” he said. “What a beauty and energy, a song of praise.” 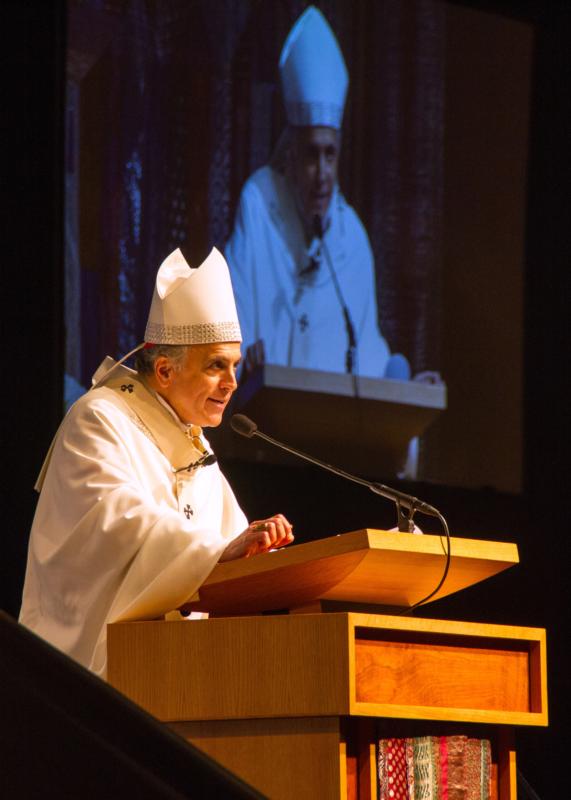 The National Association of Pastoral Musicians seeks to face the challenges of serving these increasingly diverse communities and included a new multicultural intensive track that offered language specific liturgy and music courses.

Cardinal DiNardo also focused on the beauty and unitive aspect of liturgy.

“Realities that cannot occur simultaneously on earth can do it in heaven,” he said. “The banquet of the Lamb, music and silence occur in succession here to enrich each other’s poverty, but where all is unity at the lamb’s banquet, they coexist, we wait and anticipate that now and we do it intensely in every celebration of the liturgy.”

Cardinal DiNardo also called for prayers for the attack in Nice, France, invoking prayers of peace from St. Kateri Tekakwitha, whose feast day is July 14. The terrorist attack took the lives of scores of people when the driver of a large truck plowed through the crowd celebrating Bastille Day.

“Realize that our unity in Christ is something deeper, higher perched, more deeply rooted,” he said. “Just remember it’s not just you, it’s not just me; it’s Father, Son and Spirit just pushing us on in the everlasting arms. Let us remember being lifted up, let the broken heart of the Father who loves us so intensely that his Son is offered up, and let the gift of the Spirit shine in us.”