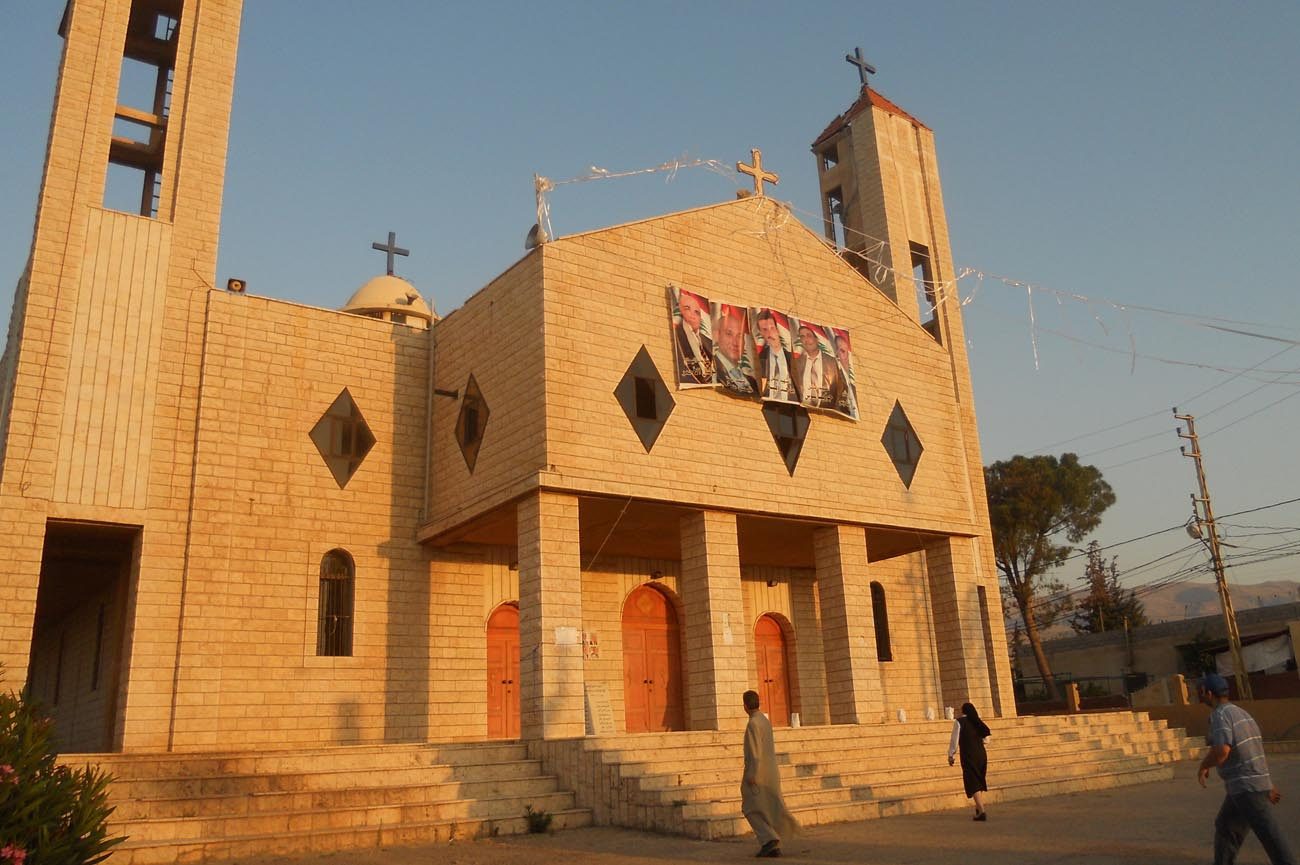 AL-QAA, Lebanon (CNS) — Boulos al-Ahmar had just driven the ambulance to the scene of the explosion when more bombs detonated, killing him. When Majed Wehbe heard the first explosions near his home, he ran to the scene to help, only to arrive in time for the next set of explosions.

These men died as heroes, unafraid to run toward disaster to help others, and their Christian village wants to honor their memory by shunning the fear these explosions were designed to instill.

The Lebanese frontier village is mourning the loss of five residents to a series of explosions in late June. But within two weeks, the people were showing their determination to bring back life.

“We will continue to have culture, activities and late-night celebrations. We’re not just going to survive. We’re going to live our lives,” said Bashir Mattar, the mayor of al-Qaa, a village of about 15,000, predominantly Melkite Catholic, with some Maronite Catholic and Orthodox. They share the village with nearly 30,000 Syrian refugees who have fled war in their country, about three miles away.

The village is relatively poor, with the majority of the population belonging to the army, a reliable employer for an area with few job opportunities. Families live in modest homes, often decorated with canopies of grape vines. Syrian refugees live nearby in informal tented settlements.

“We will continue helping Syrian refugees so that they can live in dignity,” the mayor said at a July 9 town hall meeting, the first of its kind since the explosions, which led to the arrest of more than 200 Syrian refugees in the area. “If they get an education and have hope, especially the children, then they won’t turn to extremism and terrorism.”

Four suicide bombers hit the town in two separate incidents June 27. They killed themselves and the five residents and injured more than 30 others. Although the perpetrators have yet to be identified, the area’s growing Syrian refugee community has been under tight security following the attacks.

Hilal Khashan, a professor of political studies at the American University of Beirut, said al-Qaa probably was not the target of the attack. He said some believe the suicide bombers got stuck in the village as they were trying to coordinate an attack in a big city.

Although there is a narrow stretch of Islamic State group-controlled land between al-Qaa and Syria, Khashan said he does not foresee a repeat of the attack, because the group does not have the constituency or resources in Lebanon to stage spectacular attacks, as it does in Iraq. Still, the bombings in al-Qaa left the Christian villages that border Syria’s Islamic-State-controlled areas shaken.

From the beginning of the Bekaa Valley until the entrance to the village of al-Qaa, 10 Lebanese Army checkpoints line the road. Inside the village, as the sun set and residents began to arrive at the town hall meeting in a building near the scene of the attacks, armored vehicles began patrolling the area. Some soldiers set up positions on the roofs of nearby buildings.

“Al-Qaa is the door to Lebanon. If it falls, then Lebanon could fall,” said lifelong resident Georgette Farha Taom, emphasizing that she still considered the village’s Lebanese and Syrians to be on good terms. “We’ve always had a good relationship with the Syrians. They’re more scared than us. They fled their country. They have nowhere to go.”

The next morning, as worshipers, including some local Muslims, filled St. Elias Melkite Catholic Church, security personnel were again out in force, closely observing and sometimes checking IDs of those entering or walking by the church. Once the service started, the soldiers’ faces could be seen peering through the church’s windows, as the priest gave an impassioned sermon urging people not to be scared. He thanked the Lebanese army and honored the victims of the attacks, whose names and photos appeared at the main entrance to the church.

A prominent guest joined the congregation that day: Myriam Skaff, president of the Popular Bloc, visited the village from Zahle to show her support for al-Qaa, something she said she would continue to do on a regular basis. Although such gestures by politicians are not unusual at times of crisis, this visit appeared to give support to what locals wanted to show the rest of the country and beyond — that their village is open for business and is a safe destination.

“This is the first time since the attacks that the church is filled with people,” said Father Elian Nasrallah. “There was no life after the attacks, but it’s coming back slowly.”