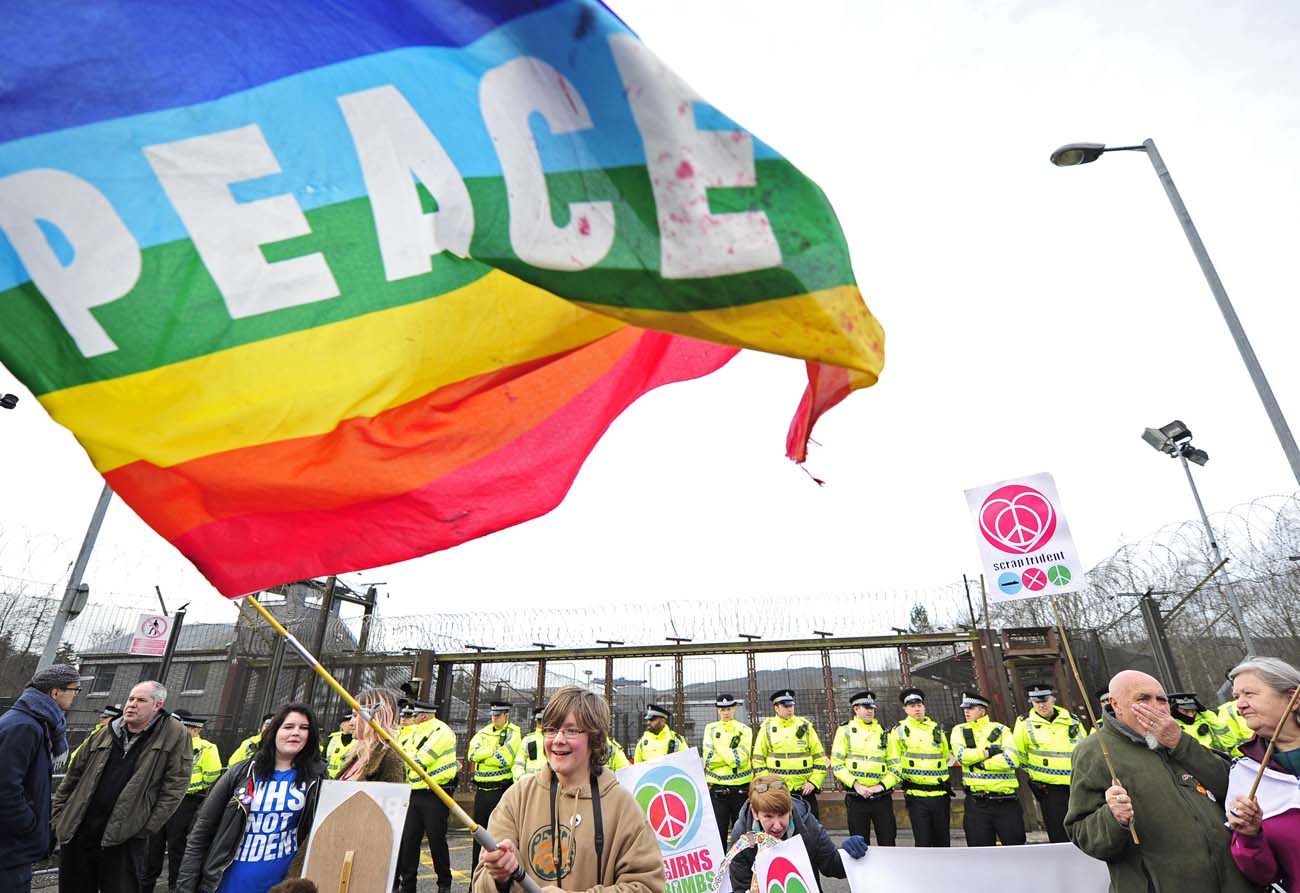 MANCHESTER, England (CNS) — The British government must take “decisive and courageous steps” toward ridding the country of nuclear weapons, said the Catholic bishops of Scotland.

All eight bishops issued a joint statement calling for nuclear disarmament ahead of a July 18 vote in Parliament on whether to renew the Trident submarine-based nuclear weapons system.

They said Britain had an obligation under the 1968 Nuclear Non-Proliferation Treaty “to work toward the disposing and elimination of all nuclear weapons.”

“Britain should take more decisive and courageous steps to revive that aspect of the treaty and not seek to prolong the status quo,” the bishops said in the July 12 statement.

The bishops also suggested the $272 billion cost of replacing the aging arsenal of nuclear weapons could not be morally justified.

“The bishops of Scotland have, for a long time, pointed out the immorality of the use of strategic nuclear weapons due to the indiscriminate destruction of innocent human life that their use would cause,” they said.

“Lives are being lost now because money that could be spent on the needy and the poor is tied up in nuclear arsenals,” the bishops said, adding that they endorsed the words of Pope Francis that “spending on nuclear weapons squanders the wealth of nations.”

The Trident warheads are carried on four Vanguard-class strategic nuclear submarines based at Faslane in Gare Loch in the west of Scotland.

One of the submarines is always at sea, ensuring that Britain has the capability of firing a nuclear missile at any time.

The system dates back to the early 1980s, however, and soon will become antiquated. This means that politicians have reached the point when they have to choose to either renew or decommission it.

Theresa May, the incoming prime minister and leader of the ruling Conservative Party, is keen to retain a nuclear capacity, but the Labor Party leadership and the Scottish National Party want to scrap the warheads.

The intervention by the Scottish bishops represents the second time in a decade and the third in 35 years that they have called on Britain to rid itself of nuclear weapons.

The statement comes less than a year after Pope Francis marked the 70th anniversary of the day the United States dropped an atomic bomb on Nagasaki, Japan, by inviting humanity to reject war and to “ban nuclear weapons and all weapons of mass destruction.”

It also comes as the Washington Post reported that U.S. President Barack Obama will use his final six months in office to push for a radical reduction of nuclear weapons globally, in the hope that the policy might lead to eventual abolition.

According to the newspaper, Ben Rhodes, the deputy national security adviser, told a meeting of the Arms Control Association in early June that Obama was keen to return to the objectives of the 2009 “Prague agenda,” when he used his first foreign policy speech to push for global abolition of nuclear weapons.

“I can promise you today that President Obama is continuing to review a number of ways he can advance the Prague agenda,” Rhodes said. “Put simply, our work is not finished on these issues.”