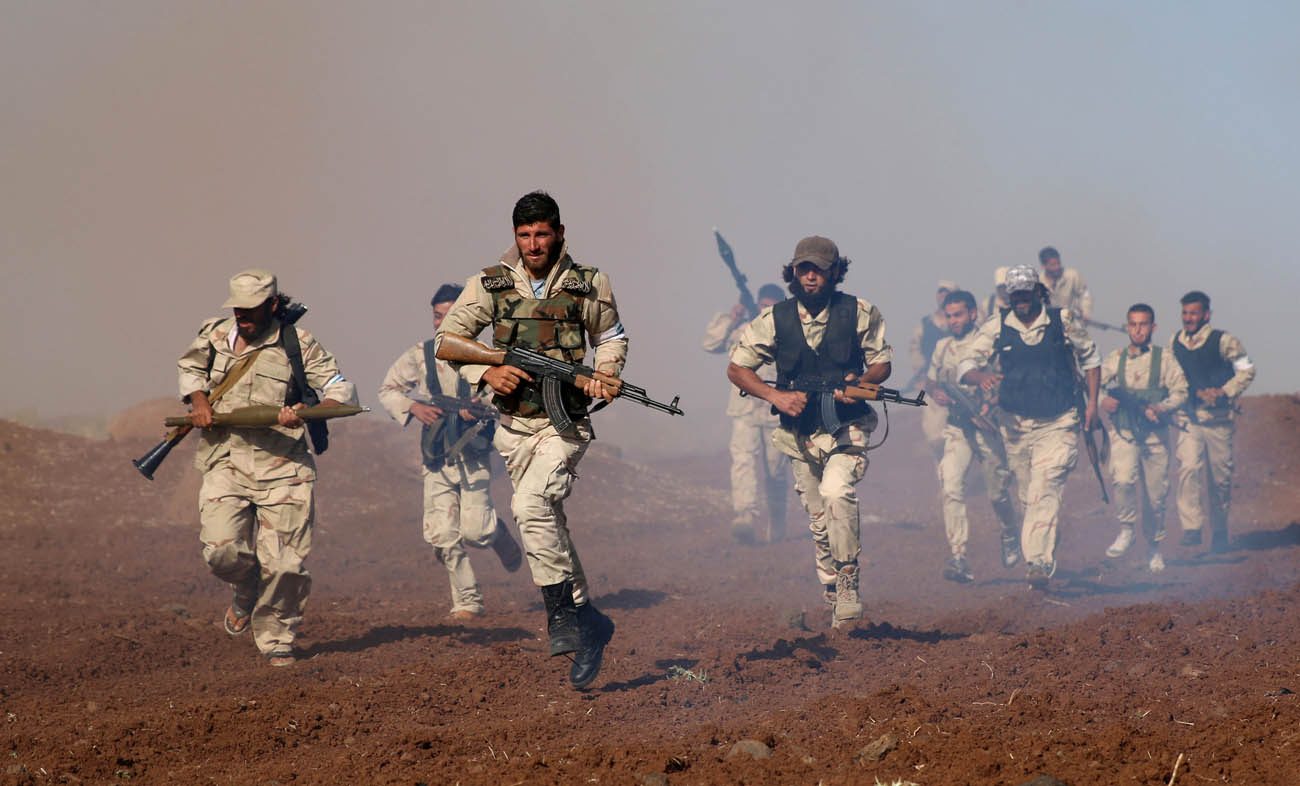 VATICAN CITY (CNS) — The world community needs to get serious about ending the conflict in Syria and call out those who claim to support peace while making money off of arms sales, Pope Francis said.

“While the people suffer, incredible quantities of money are being spent to supply weapons to fighters. And some of the countries supplying these arms are also among those that talk of peace,” the pope said in a video message.

The pope’s message was part of a “Peace Is Possible” campaign for Syria launched July 5 by Caritas Internationalis — the church’s worldwide aid and development organization. The same day, Caritas unveiled a new website — syria.caritas.org — to highlight the lives of some of those caught up in the conflict and give people ideas for how they can help.

In his video message, the pope invited everyone to help in building a more just world. He encouraged everyone “to live the Holy Year of Mercy enthusiastically, to overcome indifference and proclaim with strength that peace in Syria is possible!”

Calling for prayers and prayer vigils for Syria, the pope also invited people to organize local initiatives to raise awareness and spread the message of peace, unity and hope.

“I invite you to call on those who are involved in peace negotiations to take these agreements seriously and to make every effort to facilitate access to humanitarian aid,” he added.

“Everyone has to recognize that there is no military solution for Syria, but only a political solution,” he said. “The international community must therefore support the peace talks heading toward the construction of a government of national unity.”

Recognizing the “unspeakable suffering” that the Syrian people are experiencing as they are “forced to survive under bombs or to find escape routes to other countries” and leave behind everything, the pope underlined the particular burdens Christians face.

“I also think about the Christian communities, which I give my full support to for the discrimination they have to bear,” he said.

Michel Roy, secretary-general of Caritas Internationalis, told Vatican Radio that while humanitarian aid reaches Syrians living in refugee camps abroad, it doesn’t reach those living in Syria and displaced from their homes.

At least 7 million people are internally displaced, representing “a terrible crisis,” he said. “And the international community fails to address this.”

Everyone needs to get involved in putting pressure on all governments in the world to help put an end to the 5-year-long conflict in Syria, he said.

“You can’t leave everything just to the great powers like Russia, the United States or the European Union. Everyone must make an effort,” he said.

NEXT: Pray for those who scorn, take advantage of you, pope tells poor