‘The world is at war,’ but religions are not, pope says on way to Krakow 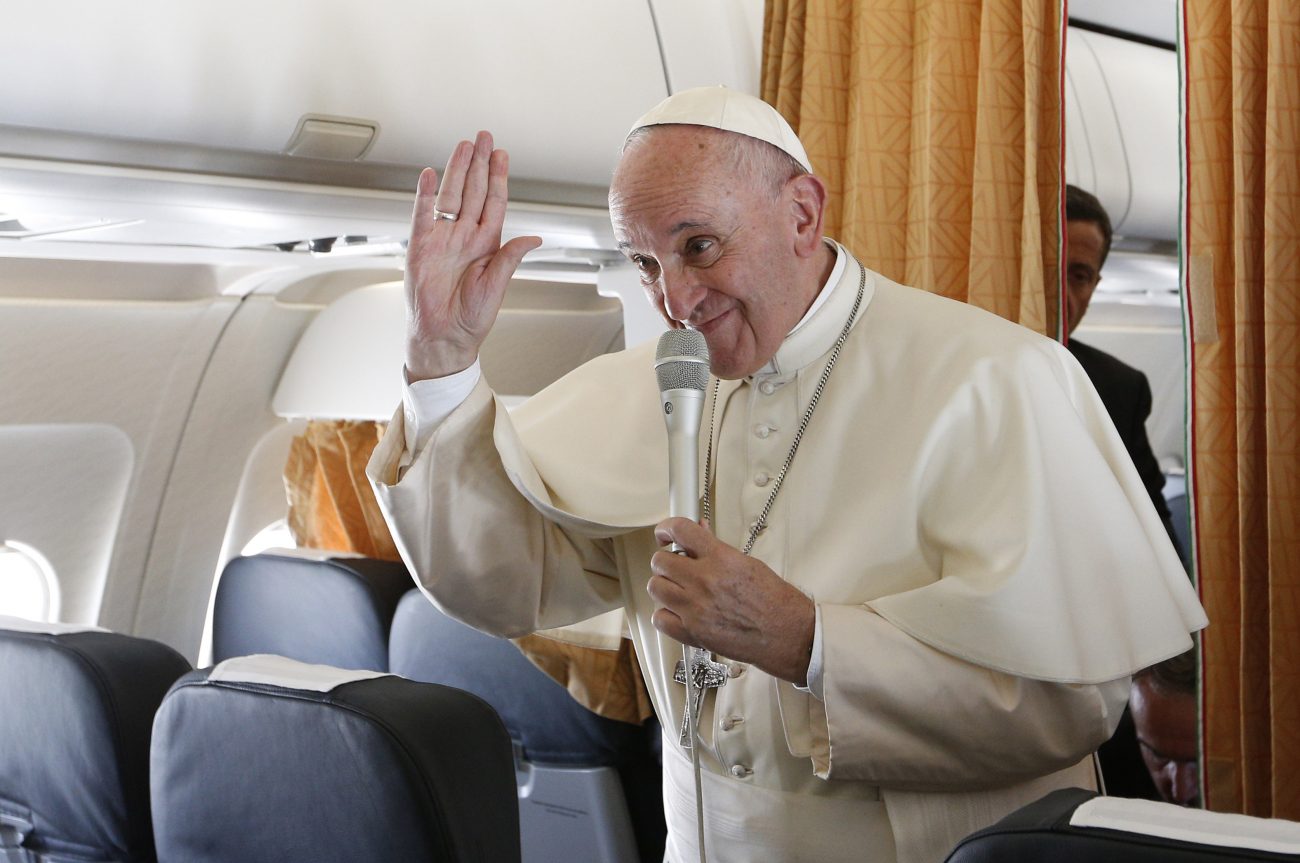 Pope Francis gestures as he speaks to journalists aboard his flight from Rome to Krakow, Poland, July 27. The pope is attending World Youth Day in Krakow. (CNS photo/Paul Haring)

ABOARD THE PAPAL FLIGHT TO KRAKOW, POLAND (CNS) — The world, not religion, is waging a war in pieces, Pope Francis said.

While it “is not at as organic” as past world wars, “it is organized and it is war,” the pope told journalists July 27 on his flight to Krakow.

“Someone may think that I am speaking about a war of religions. No, all religions want peace. Others want war,” the pope said.

He spoke one day after the murder of a priest during Mass in a Catholic church in Saint-Etienne-du-Rouvray, France. Two men, armed with knives, entered the church during Mass. The attackers murdered 85-year-old Father Jacques Hamel, slitting his throat.

“This holy priest who died precisely at the moment he was offering prayers for the whole church,” he said. While lamenting the priest’s death, the pope added that was one of countless innocents butchered by a war fought in pieces.

“How many Christians, how many children, how many innocents?” he said. “We are not afraid of saying this truth: The world is at war because it has lost peace.”

The pope also thanked people for their the countless condolences following the murder. He said this included French President Francois Hollande, who “wished to connect with me by telephone, like a brother.”

Pope Francis expressed his desire that young people attending World Youth Day in Krakow offer a message of hope in a chaotic world.

“Youths always give us hope. Let us hope the youths may tell us something that will give us more hope in this moment,” he said.

NEXT: Pope recalls courage of WYD graphic artist who died of cancer