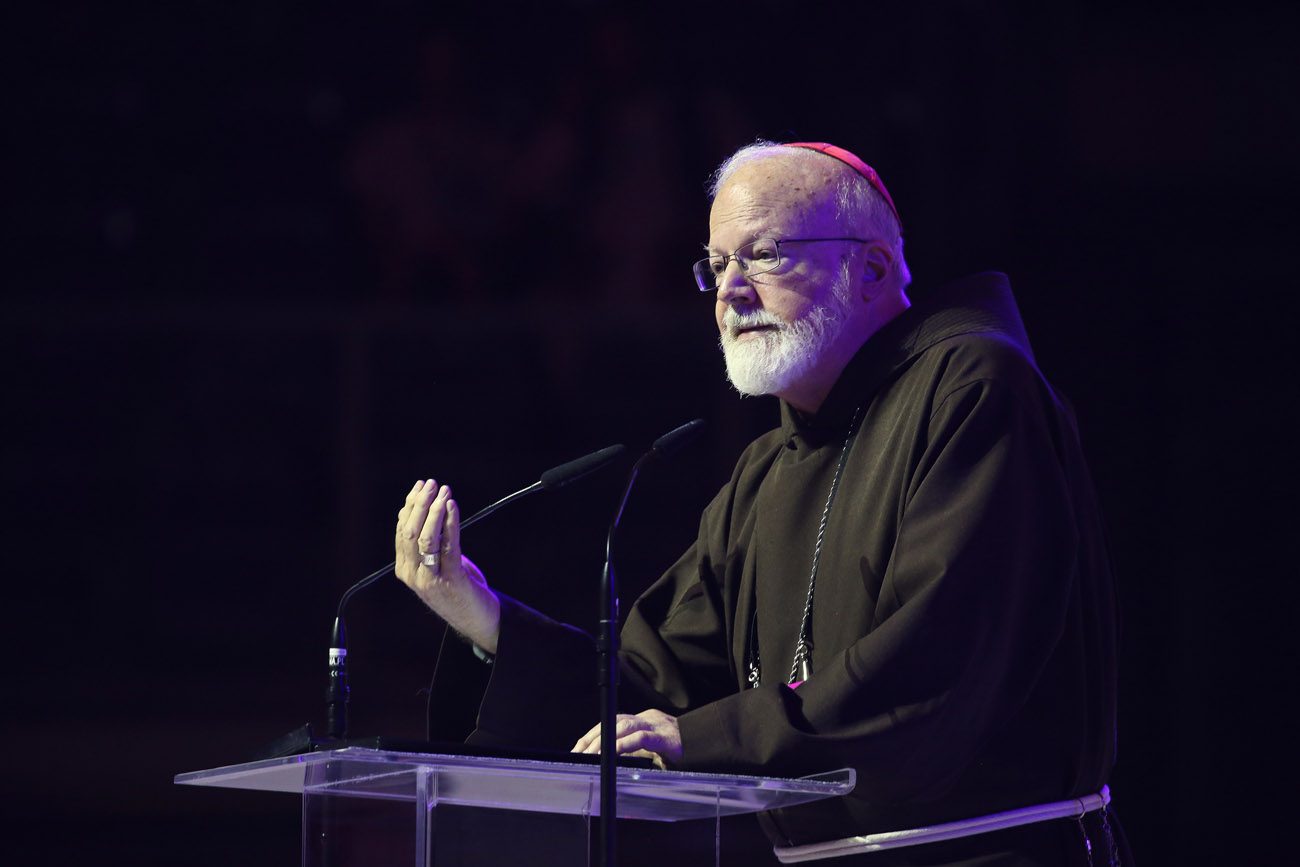 KRAKOW, Poland (CNS) — Jesus did not stop talking about mercy even though he was nearly thrown from a cliff after his first public talk in a Nazareth synagogue, and the rest of his life can serve as an example for people of faith to follow, Boston Cardinal Sean P. O’Malley told an energized World Youth Day audience.

Emphasizing the World Youth Day theme focused on mercy and the Year of Mercy declared by Pope Francis, Cardinal O’Malley called on the young people in Tauron Arena July 27 to bring God’s mercy to life as Jesus did.

The Jubilee Year is a chance to reboot or start over again, said Cardinal O’Malley, who serves on the pope’s Council of Cardinals. “We need to find a new route to take us where we need to go.”

The cardinal said he considers his first homily — to a group of inmates after he was assigned as a prison chaplain — a failure as well. He said he decided to focus on the freeing power of God after reading in a book that a homily should embrace the experience of the listeners. That night, six inmates escaped, he said.

“I was crestfallen that my sermon would be the last,” he said.

But a fellow priest consoled him, and a young Father O’Malley persevered by remembering the needs of the people to whom he ministers. Cardinal O’Malley called on the young people to do likewise.

Explaining that Jesus is “the full meaning of jubilee,” Cardinal O’Malley explained that Pope Francis’ declaration of a Jubilee Year invites the faithful “to share this wonderful sign of grace” and mercy.

He invited the audience to embrace mercy every day and participate in a community of faith to escape isolation and sadness.

To illustrate the idea of mercy, he told the story of a group of people who were on a beach and one man noticed that a tidal wave was approaching. So he ran up a nearby hill to his home and set it afire. Many left the beach to help extinguish the flames and they were saved. The people who stayed behind drowned.

“Sometimes we think we are doing God a favor when we do a work of mercy. But actually we are climbing that mountain of love, where we find mercy and salvation for ourselves. Only as a result of climbing the mountain we show mercy to others. Only by making a gift of ourselves will we find fulfillment, happiness and salvation,” Cardinal O’Malley said.

The morning catechetical program included presentations by Sister Bethany Madonna, a member of the Sisters of Life, and Jason and Crystalina Evert, a married couple who are leaders in Chastity Project — www.thechastityproject.com — to guide young people in their lives.

Sister Bethany offered words of encouragement to the thousands of young adults in the audience, saying they were purposely chosen by God to be in Krakow for World Youth Day so they could be an inspiration to others.

“In baptism you became one in Jesus. You belong. You’re accepted. You’re loved. You’re not alone. God made you as his own beloved daughter or his beloved son. This was not random,” she said.

“God creates with a plan and a purpose. That you exist means God as a plan for your life,” she added.

Sister Bethany encouraged the young adults to consider their vocation, whether it is in marriage or religious life. She said society needs holy and committed husbands and wives as much as it needs people who become a priest, brother or sister.

The Everts discussed the importance of living a chaste life and getting to know their future spouse through faith and love. They explained how they strayed from moral teaching — Crystalina through parties and Jason through pornography — until discovering God’s plan for their lives.

Jason Everts offered four tips for the young audience: Enjoy being single, step back and work on personal shortcomings, face fears and keep any relationships with the opposite sex pure.

Mixing Scripture with practical tips on dating and relationships, the couple stressed that one of the best ways to show love for another person is to not shape the other person to their desires.

“Marriage is not about finding the perfect person,” Jason Everts said. “Successful marriages are about perfecting yourself so you can be the person (your spouse) deserves for you to be.”

NEXT: ‘The world is at war,’ but religions are not, pope says on way to Krakow