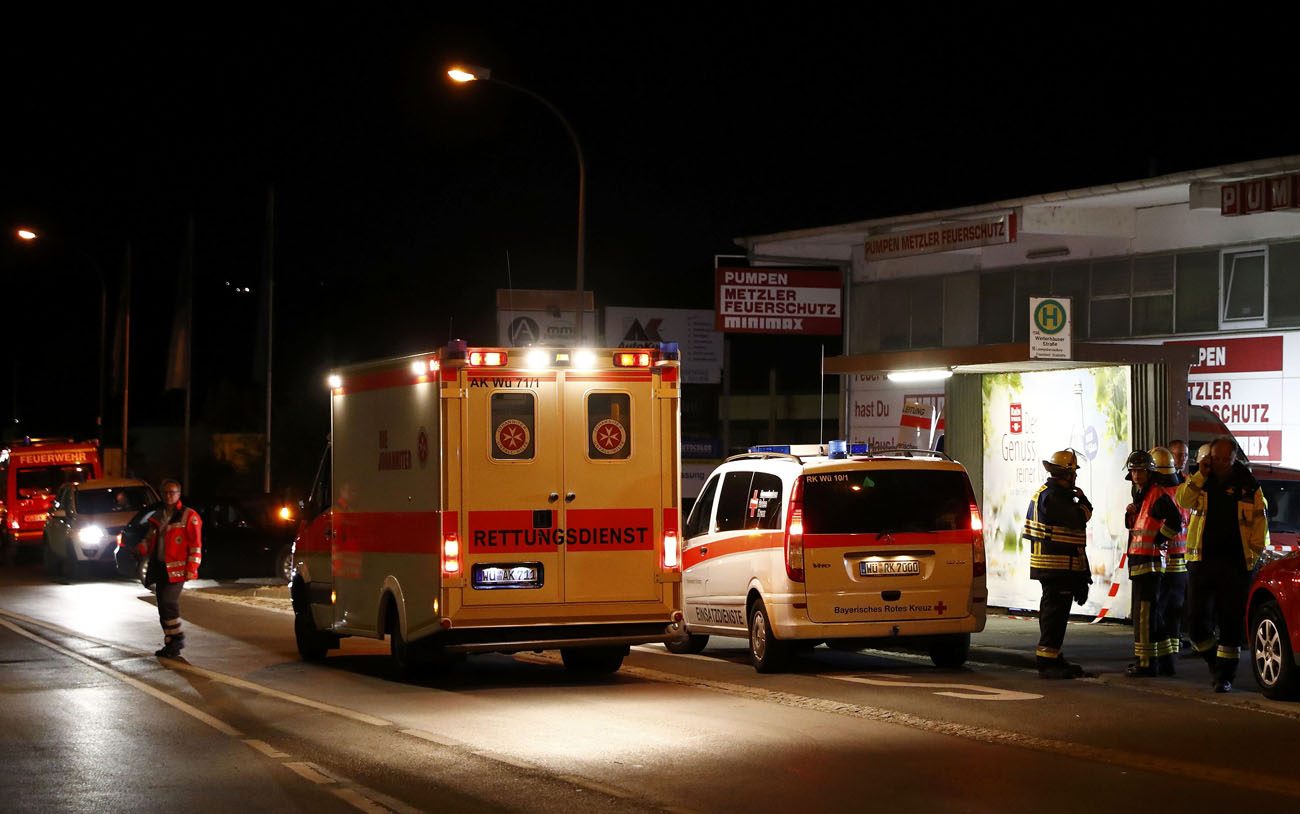 German emergency services workers are seen July 19 in the area where a man with an ax attacked passengers on a train near the city of Wurzburg, Germany. After the attack, German church representatives urged public opinion not to turn against Muslim refugees and asylum-seekers. (CNS photo/Kai Pfaffenbach, Reuters)

OXFORD, England (CNS) — German church representatives urged people not to turn against Muslim refugees and asylum-seekers, after police killed an Afghan refugee who had attacked people on a train.

Markus Hauck, spokesman for Germany’s Wurzburg Diocese, where the incident occurred, said it was important not to use the incident “as a general indictment against refugees. It would be much more dangerous to suggest they all pose some kind of danger.”

“Catholics are shocked; people assume acts of terrorism only happen in large cities, not in a small town like ours,” Hauck told Catholic News Service July 20.

Two days earlier, using and ax and knife, 17-year-old Riaz Khan Ahmadzai injured five people, four on the train and one as he fled.

Hauck told CNS several local clergy had been on the evening train and had helped fellow passengers in a nearby sports hall after escaping harm.

He said the Wurzburg Diocese was home to numerous refugees from the Asia and the Middle East and employed at least 60 social workers to care for them.

“For many, left speechless by this event, prayer has seemed the best answer,” Hauck told CNS.

“Plenty of church-run institutions here are involved in training and helping young refugees, and Wurzburg hasn’t been an area of tension. We should remember that, far from posing any threat, most have come here to escape threats in their home countries,” he added.

A Bavarian official said the attacker had been registered as an unaccompanied minor in June 2015 and was known as a “devout Muslim,” but “not in any way a radical or fanatic.”

He added that there was no evidence linking him to the Islamic State group, despite July 19 video claims by Islamic State that the teen had vowed a suicide mission.

In a July 19 statement on the diocesan website, Wurzburg Bishop Friedhelm Hofmann thanked police and emergency services for intervening. He said the church would do all possible to restore calm and also warned against “placing all asylum-seekers under suspicion.”

Msgr. Clemens Bieber, who heads Caritas activities in the diocese, said the church would “intensify efforts” in integrate refugees.

“Both the diocese and Caritas are ready to enhance their commitment, by improving the personal skills of staffers and volunteers with financial resources,” the priest said.

“But it’s important federal, state and local governments also support these endeavors by accurately diagnosing the situation of unaccompanied refugee minors, some of whom are highly traumatized and directly tailoring care so atrocious murders don’t become the norm.”

NEXT: Pope issues rules to help contemplative women be beacons for world