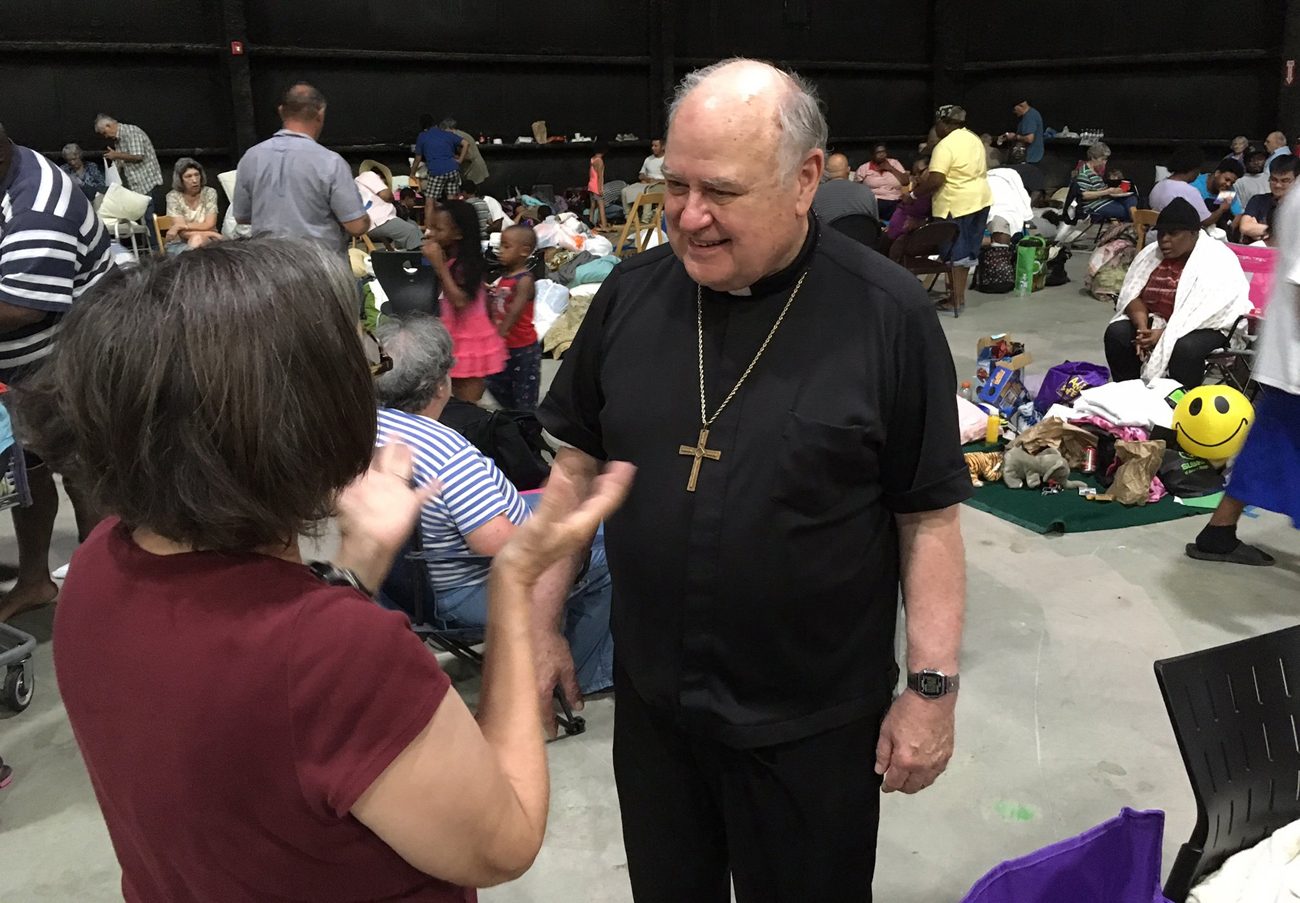 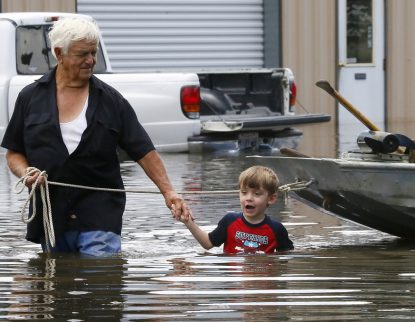 BATON ROUGE, La. (CNS) — As Louisiana’s governor announced the federal government had declared a major disaster for the state Aug. 14, Catholic churches in the Baton Rouge Diocese called for volunteers to help those displaced by extreme flooding and asked flood victims what assistance they needed.

Gov. John Bel Edwards told reporters at a news conference that about 20,000 people had been rescued from their homes and more than 10,000 people were in shelters after a slow-moving tropical storm system dumped nearly 2 feet of rain on southern Louisiana. Several rivers crested at record levels.

As of mid-morning Aug. 15, state officials said at least six people have died in the floods.

Baton Rouge Bishop Robert W. Muench visited three evacuation shelters Aug. 14 to comfort evacuees. In a statement the day before, he dispensed Sunday Mass obligations for all Catholics affected by the storm and urged parishioners to limit their driving over the weekend because of “the inherent dangers of unsafe driving conditions.”

“Please know of my prayers for your safety and the safety of your church parishes and parishioners,” he said in a message to pastors.

On Aug. 12 Edwards declared a state of emergency for the state of Louisiana and deployed the Louisiana National Guard. He then requested that President Barack Obama issue a federal disaster declaration. With that declaration — which initially affects four civil parishes, with more expected — residents can seek assistance from the Federal Emergency Management Agency. At least 18 civil parishes have declared a state of emergency, with more expected to do so.

“This is a serious event. It is ongoing. It is not over,” Edwards told reporters. “We are not in control as far as how fast these floodwaters will recede, and in fact they are still going up in some places.”

He said he traveled to affected areas and saw firsthand “the destruction caused by this unprecedented flood.”

In a notice on its website, St. Jude the Apostle Catholic Church in East Baton Rouge civil parish called on parishioners available to volunteer to attend a morning meeting Aug. 15 to help with “flood relief planning and implementation.”

“It is possible that a significant number of our parish staff are unable to leave their homes and come to work, so we will need to rely heavily on parish volunteers,” the notice said.

At least two other Baton Rouge parishes, St. George and St. Aloysius, have set up Web pages asking flood victims to submit requests for help and asking others to list the kind of help they can provide.

PREVIOUS: Protecting ‘the innocent is a matter of justice,’ says head of Knights

NEXT: Violence in Milwaukee unrest ‘a self-inflicted wound,’ says archbishop