Knights on Bikes ride motorcycles to take faith on the road 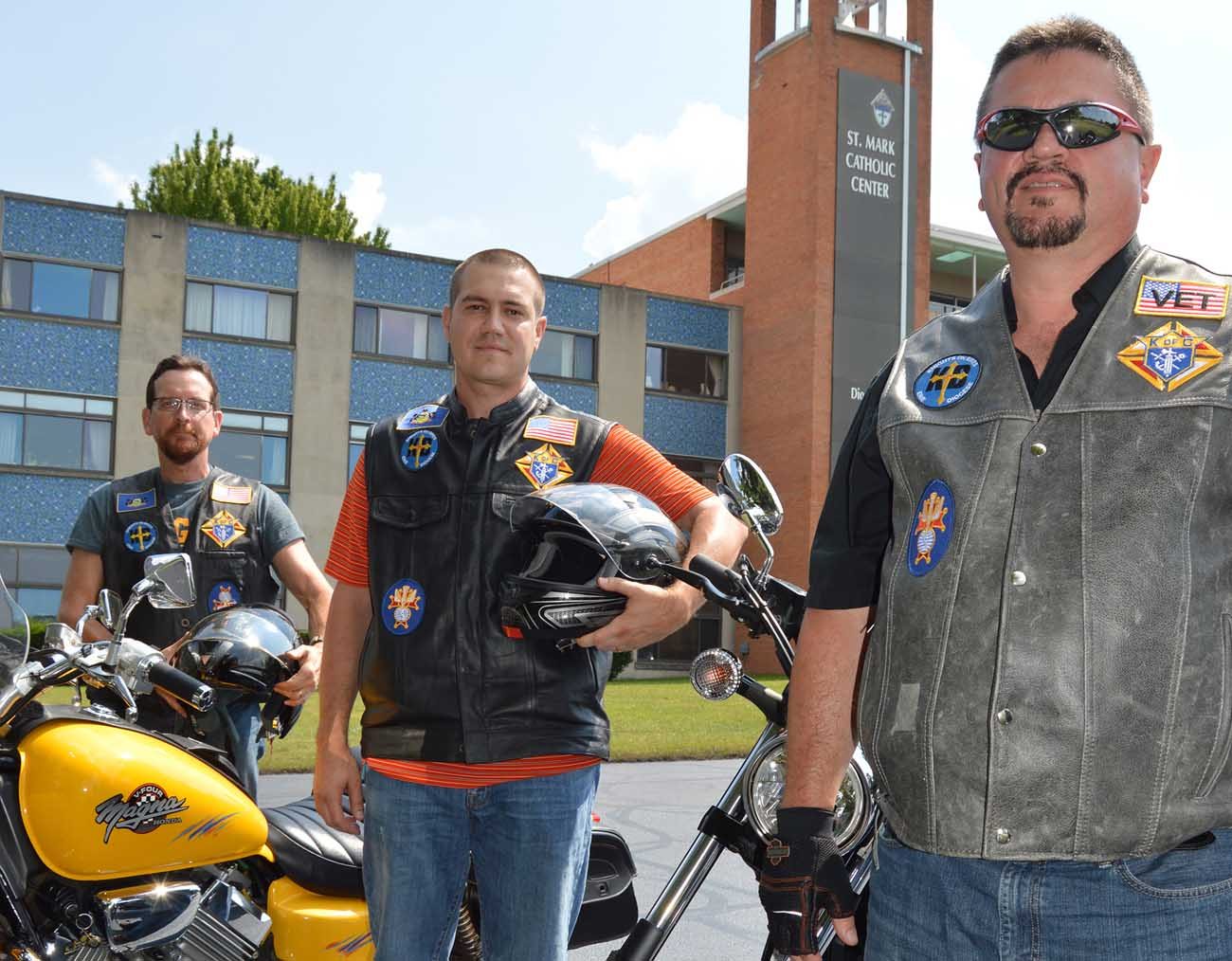 Emblazoned on the back of their motorcycle jackets is the bright yellow emblem of the Knights of Columbus, a longtime Catholic fraternal organization dedicated to charity and evangelization. The large cross stitched above the logo further cements the spirit of the riders.

“I feel that when I’m out there riding around with this jacket, this is who I am. I’m not a Hells Angel. We’re here to do good things, spread the word of Christ,” Wolfgong said.

The men are members of Knights of Columbus Council 385 in Oil City, and are the founding members of the Pennsylvania chapter of Knights on Bikes, an international organization dedicated to improving the image of bikers and promoting safety and Christian values.

Established in the U.S. in 2005, Knights on Bikes has chapters in 41 states. Besides the Diocese of Erie, only two other dioceses in Pennsylvania have an active Knights on Bikes group. Members must be Knights of Columbus who are willing to spread the Catholic faith under the motto: “In God we trust and ride.”

“In a way, we’re fishers of men,” said Goreczny, president of the Pennsylvania chapter. “It’s a visible sign.”

Wearing their faith so publicly isn’t anything new for Knights, who often don the colorful regalia of the organization at special Masses. Knights on Bikes simply uses motorcycles as another means by which to evangelize.

Goreczny’s bright yellow Honda Magna was spotted in the spring by a little boy traveling in a car with his father. Goreczny was wearing his Knights on Bikes vest.

The Oil City-based group takes monthly rides together and is looking forward to visiting parishes in the Diocese of Erie. Wolfgong, who serves as president of the Erie Diocese chapter, hopes to organize service projects, while reinforcing the Knights’ dedication to charity, unity and fraternity.

“We’re trying to change the old, negative biker image to something a little more positive,” says Wolfgong, who at age 37 is among the youngest members of the Oil City Knights council.

A retired state police trooper, Burneisen, 53, is vice president of the Knights on Bikes’ Pennsylvania chapter and has been a member of the Knights of Columbus for 15 years. The organization, he said, carries moral weight.

“For me, it’s a lifestyle,” Burneisen said. “Even at work, you take on an ethical role in society. Being a Knight helps you be a Catholic role model.”

Solberg is editor of FaithLife, newspaper of the Diocese of Erie, Pennsylvania.