Minnesota man still making a difference in Guatemala after 44 years 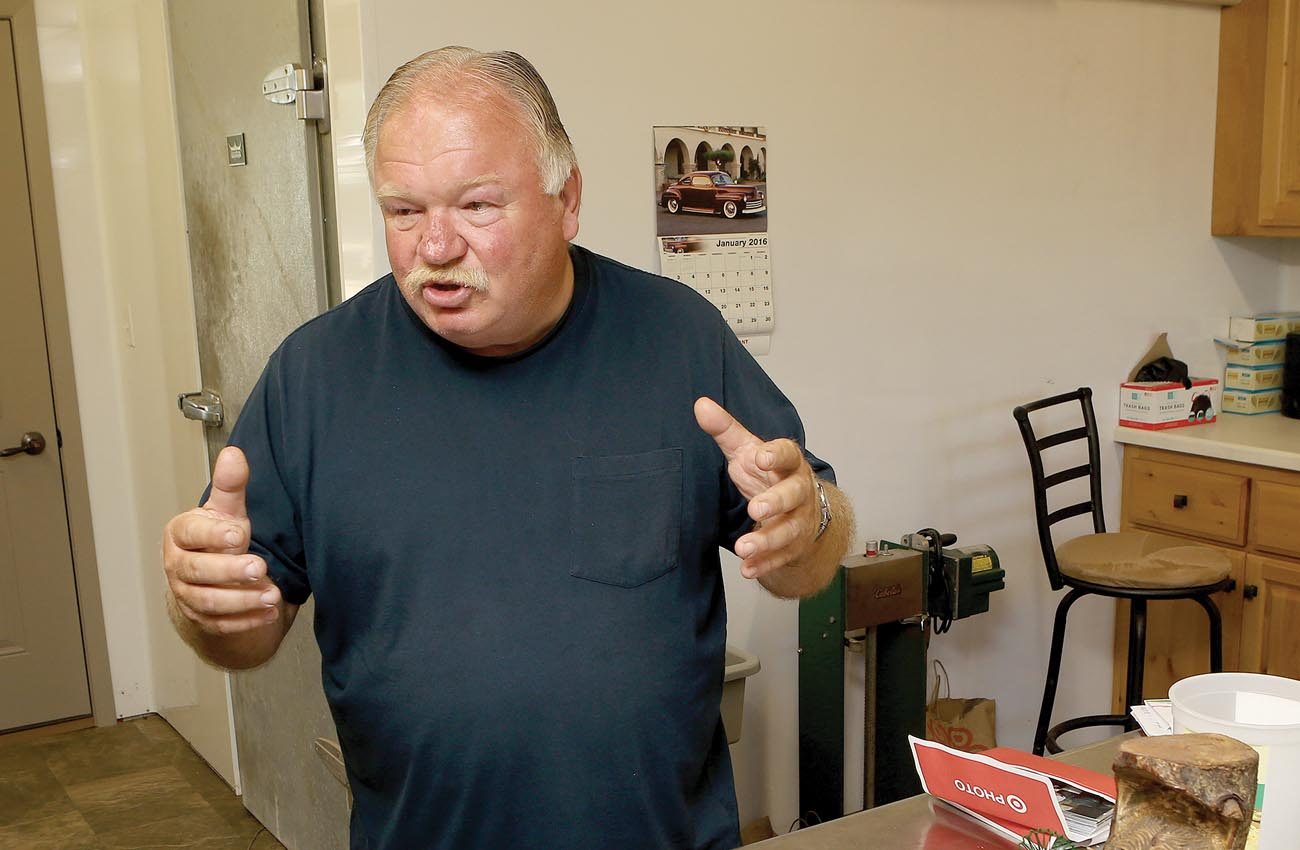 Butch Mueller talks about vented stoves he builds for people in need in Guatemala in early July at his home in Paynesville, Minn. Mueller has returned to Guatemala repeatedly for 44 years to work alongside people at a mission in the town of San Lucas Toliman. (CNS photo/Paul Middlestaedt for The Visitor)

PAYNESVILLE, Minn. (CNS) — When Butch Mueller was a child, his father kept Maryknoll magazines around the house not only to instill in his children a sense of mission, but also to remind them of those in need around the world.

“Whenever we complained about something, he’d pull out the magazines and show us the children in other parts of the world who were suffering. He instilled that in me, and I always had the desire to visit a mission,” said Mueller, a member of St. Louis Parish in Paynesville.

After high school, he worked on his family’s farm until he heard about the San Lucas Mission in San Lucas Toliman, Guatemala, at a talk given by Father Greg Schaffer, a priest of the Diocese of New Ulm, Minnesota, who served as pastor of the mission.

A few months later, in the spring of 1972, at age 22, Mueller traveled to the mission. After a couple of days, he asked Father Schaffer, “How am I supposed to teach these people about God when I don’t even speak the language?”

Mueller recalled the priest saying, “It’s simple. You show them. You show them you love them and are willing to be with them and help them as best you can. Then give God a little credit.”

Mueller stayed at the mission for three years, except for a few months when he and Father Schaffer returned to Minnesota to raise awareness about their work. Father Schaffer proposed a walk from St. Paul, Minnesota, to San Lucas Toliman.

The two, along with a religious sister and two Guatemalan men, embarked on the 3,252-mile trek, stopping to share their message at parishes and schools along the way. The five of them left on foot Oct. 18, 1972, taking turns walking and driving the supply van, and arrived at the mission Jan. 29, 1973.

By 1975, Mueller had run out of money and returned to Minnesota. Later that year, he met his wife, Beverly, and spent the next 30-plus years raising their two sons and owning and operating a cabinet-making business. About eight years ago, he wanted to return to Guatemala and now spends three months there at the beginning of each year.

“The mission was such a big part of my life. The timing was right to go back,” he said.

In the community, he noticed something that grabbed his attention.

“When I looked around, I could see smoke coming from underneath people’s roofs,” Mueller said. “That means there’s no chimney. The ceiling and the sidewalls are black from soot that turns into tar. It coats the walls and even drips down. They say that these children by age 5 already have the lungs of a lifetime smoker.”

That’s when he decided to help install vented stoves in homes. The stoves use half the wood of an open fire, which most people customarily use to cook.

“The money they save on wood is enough to send one child to school. I didn’t realize that when I started,” Mueller said. “The church’s social doctrine teaches that everyone should get food when they need it, have a right to education, to health care and a right to work. All these things we work together to provide so they can feel like human beings and know they are loved by God.”

For three years, Mueller was accompanied by his friend, Dale Welle, who died in April. Mueller estimates they installed more than 200 stoves.

When he returns to Paynesville, Mueller’s Guatemala stories quickly spread. He started to receive donations from people who wanted to contribute the cost of a stove, about $150. For each stove he builds, he takes a photo with the stove and a sign with the donors’ names on it in the home of a Guatemalan family. He then posts them on Facebook.

“It spread like wildfire,” Mueller said. “So many people wanted to help.”

Often when he’s installing a stove, he notices other needs a family may have, like a lack of beds. So he’ll use some of the money to build a bunk bed or undertake something as extensive as installing a septic system.

“They are so talented yet they are so poor,” Mueller said. “Just like me, they want their children to have a better life than we did. If they don’t get their children educated, the next generation will be even worse off.”

When Mueller arrives in Guatemala, he goes into town and locates people in need of work, then hires them to assist with the stoves and other projects. He also buys the materials locally, which helps local small businesses.

“My whole thing is not just building a stove. I’m trying to teach, to give, to improve,” he said. “They take the skills they’ve learned and they pass it along. I also tell them, ‘Never be totally satisfied with what you build. Think of ways you can do it better.’ And they do. It’s changing lives one by one.”

Anderson is a multimedia reporter at The Visitor, newspaper of the Diocese of St. Cloud, Minnesota.