Catholic missionaries stay in South Sudan after attack on foreigners 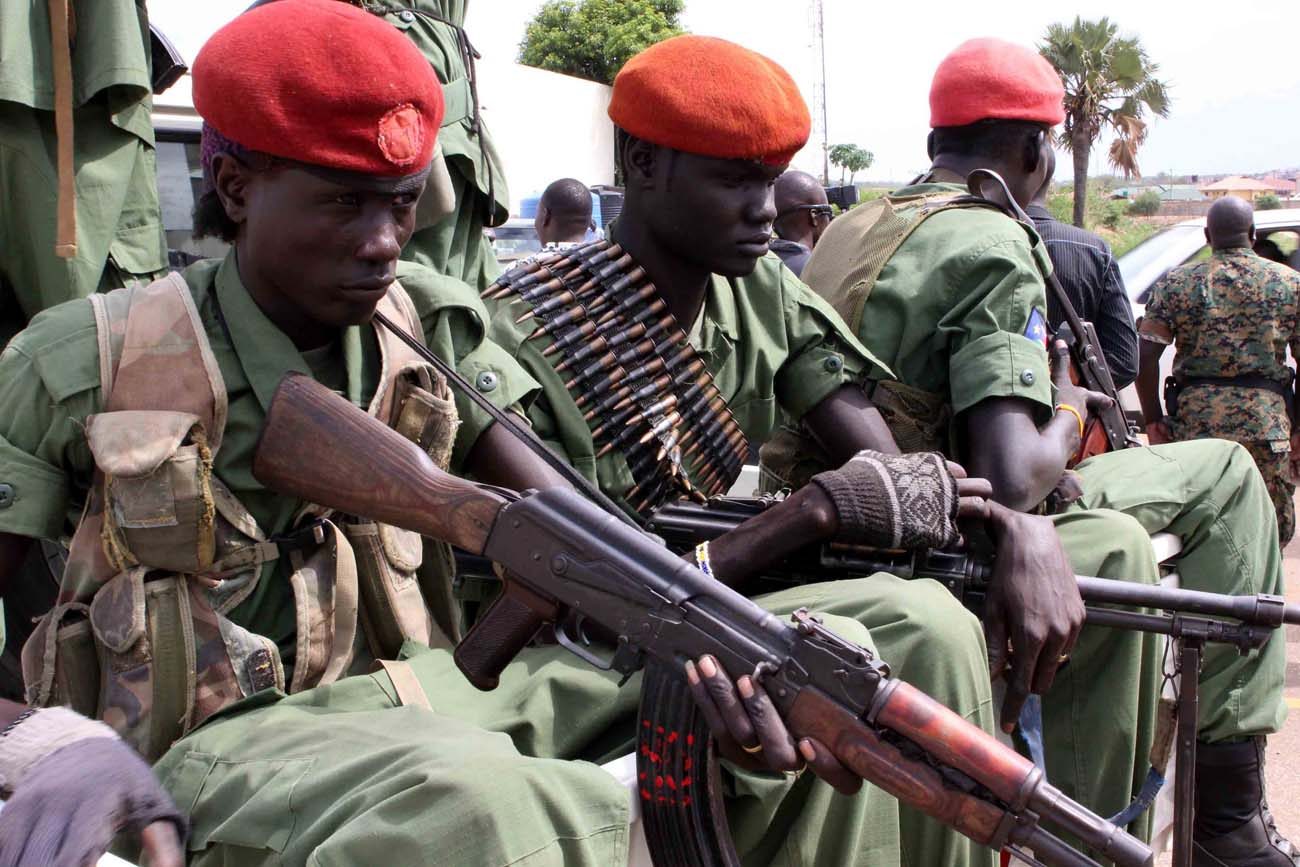 In this file photo, soldiers with Gen. Simon Gatwech Dual, the chief of staff of the South Sudan rebel troops, arrive in late April in Juba. said. "The international community is giving a huge amount of help and (making) immense efforts but, at the same time, they are still selling weapons. So there is a duplicity in this attitude. This has to be known." (CNS photo/Phillip Dhil, EPA)

CAPE TOWN, South Africa (CNS) — While most expatriate aid workers left South Sudan after a brutal attack on foreigners in the capital, a group of Catholic missionaries chose to stay.

“We stayed because we are committed to the ordinary people who are suffering so much,” La Sallian Christian Brother Bill Firman, director of Solidarity with South Sudan, said in an Aug. 29 telephone interview from Juba, the capital.

“My colleagues and I believe this is a good place for religious to be,” the Australian brother said, noting that “we know our continued presence encourages” local residents and “provides some hope.”

South Sudanese troops attacked aid workers in mid-July in a Juba hotel. According to an Associated Press report, more than 80 armed men “raped several foreign women, singled out Americans, beat and robbed people and carried out mock executions” for nearly four hours. One woman was raped by 15 men.

U.N. peacekeepers did not respond to repeated pleas for help.

Four days after the attack Catholic Relief Services, the humanitarian aid and development agency of the U.S. Conference of Catholic Bishops, said in a statement that the upsurge in violence in Juba had led it to evacuate its “non-essential international staff” from the capital.

CRS “is supporting the work of Solidarity with South Sudan to help those affected by the current violence with food, water and shelter in churches and schools, where many have sought refuge,” the July 15 statement from Baltimore said.

A civil war that began December 2013 has claimed tens of thousands of lives and forced more than 2 million people to flee their homes in the northeast African country. In July, hundreds of people in Juba were killed in fighting that dashed hopes of a transitional government ending the conflict. Since then, sporadic fighting has rocked the north and east of the country.

“None of our members were evacuated but many, probably most, expatriates were,” Brother Firman said. “Many foreign aid workers are returning now, and most of CRS’ staff came back fairly quickly.”

Solidarity with South Sudan is an international Catholic group of missionaries implementing teacher and health training, agriculture, trauma healing and pastoral programs in many parts of South Sudan, under the auspices of the Sudan Catholic Bishops’ Conference.

“I don’t see any of our people being excessively nervous, and we are living a normal life here,” Brother Firman said. “But we are cautious, because we do live with uncertainty about the future and declining law and order.”

“Many people in Juba are very hungry,” Brother Firman said, noting that “the collapse of South Sudan’s economy” is a major concern.

“Violence has spread and everybody is armed,” she said, noting that “young boys with no education and no formation for life are taken into the military.”

Solidarity with South Sudan, which has a network of 17 congregations in 14 countries, uses its local religious partners to distribute humanitarian aid “to people most in need” for aid organizations whose usual routes have been disrupted, she said. As the “only credible group left in the predominantly Christian country,” the church, with its “strong ecumenical reach, has a chance of restoring peace” to South Sudan, Sister Mumaw said.

“But it will be very difficult to do this until the militia is stopped from killing and raping,” she said, noting a “new and complete lack of respect for human life.”

After a late-December attack on religious sisters at the Solidarity teacher training college in Yambio, the capital of South Sudan’s Western Equatoria state, and subsequent sporadic violence in the area, some training staff from neighboring Kenya and Uganda were evacuated, Sister Mumaw said.

“This leaves us with a shortage of staff in our capacity-building programs, and there is some feeling among local people that the international community has deserted them,” she said.

A primary school teacher who was among 50 graduates from the college last year has set up a makeshift school for about 300 children at a U.N. camp in Juba, Sister Mumaw said.

“This young man recognized the need and has pulled together everyone with training that he could find to educate these children,” she said. “The camp was built to house U.N. staff, not refugees, yet people fleeing violence have been taking shelter there for about two years.”