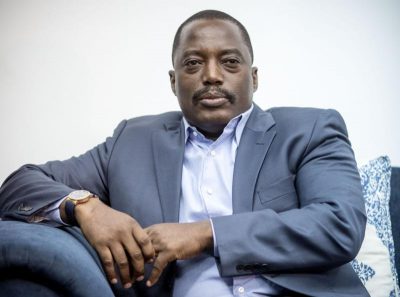 OXFORD, England (CNS) — An official of the Congolese bishops’ conference said he is optimistic that the government and opposition will work with them to restart peace talks.

Msgr. Leonard Santedi Kinkupu, secretary-general of the conference, said the bishops were “encouraged by the confidence shown in us by the main political actors and their readiness to cooperate.”

“The bishops are doing everything to save the country, at a time when the lack of any consensus risks igniting violent confrontations — and both sides appear to be listening,” he told Catholic News Service Aug. 16.

The peace initiative was launched Aug. 10 by Archbishop Marcel Utembi Tapa of Kisangani, newly elected bishops’ conference president. Msgr. Kinkupu said the bishops had presented the initiative to U.S., U.N. and European Union officials, “and they’re all supporting our church’s efforts to stop a descent into disorder.”

In an August 16 interview with Catholic News Service, he said the bishops’ conference was awaiting a response from the government of President Joseph Kabila to opposition demands for freeing political prisoners and returning seized media, but was confident progress would be achieved.

“We are taking small steps, and there are many obstacles, but we’re optimistic about restarting the political process,” Msgr. Kinkupu told CNS. “Both sides are absolutely ready to hear the voice of the Catholic Church and have welcomed our efforts.”

Up to 6 million people died in a series of 1996-2003 wars in Congo, formerly Zaire, where armed groups, some based in neighboring countries, have since exploited a lack of stable government to plunder natural resources.

Kabila succeeded his father as head of state in 2001, with backing from Western governments, and claimed victory in 2006 and 2011 elections. However, opposition parties have accused the 45-year-old president of seeking to keep power when his final mandate ends by delaying new elections, due in November.

Celebrating the Aug. 15 feast of the Assumption, Pope Francis deplored the “shameful silence” toward massacres perpetrated in Congo’s North Kivu province. In one of the latest, up to 51 civilians were massacred near Beni Aug. 13.

NEXT: Pope: Jesus’ compassion is a call to service, not a vague sentiment