Pope: Jesus’ compassion is a call to service, not a vague sentiment 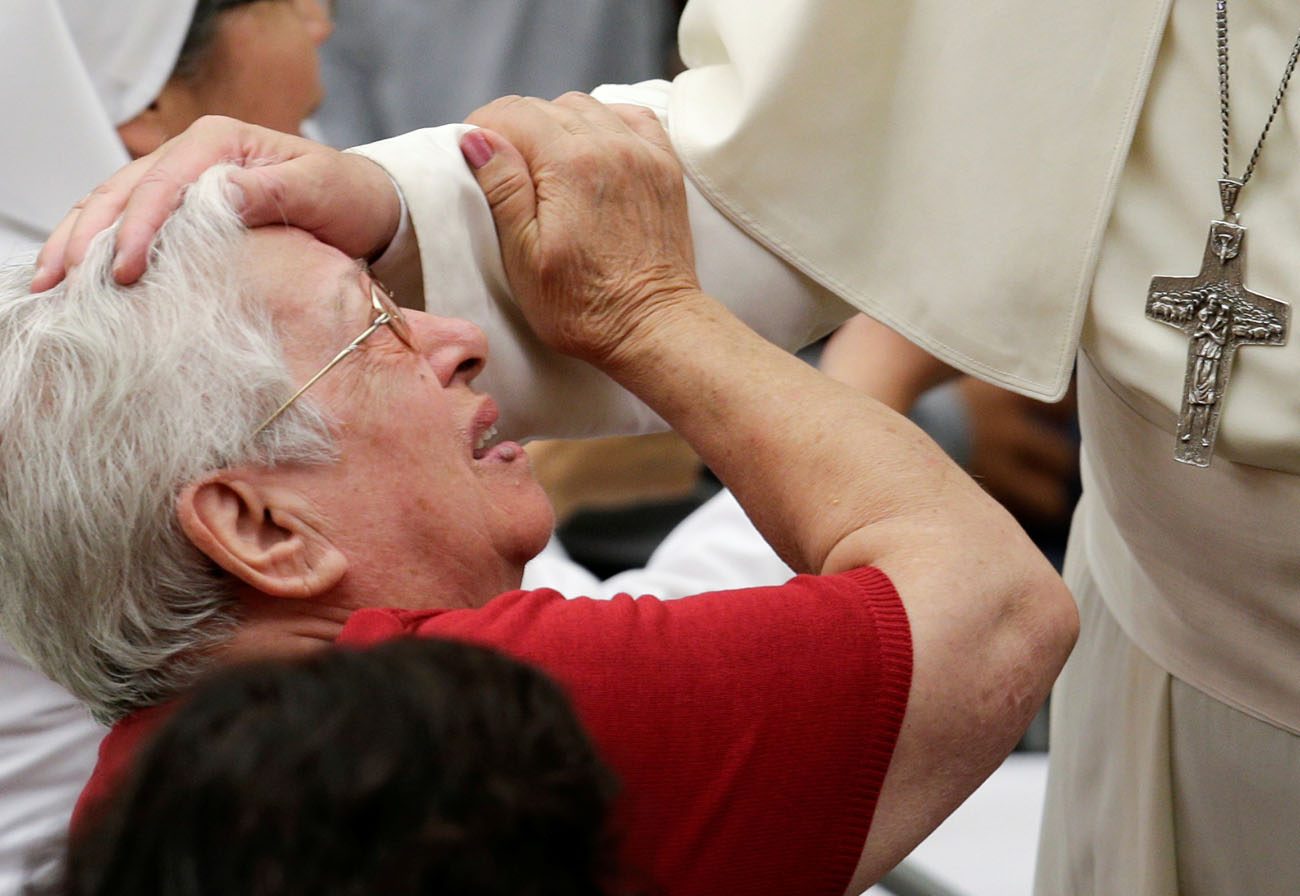 VATICAN CITY (CNS) — Jesus’ compassion toward people in need is not a vague sentiment, but a calling for Christians to bring that same compassion to others, Pope Francis said.

By miraculously feeding thousands of people, Jesus made an act “of faith and prayer” that “shows the full strength of his will to be close to us and to save us,” the pope said Aug. 17 at his weekly general audience.

Thousands of people packed the Paul VI audience hall, waving and stretching out their hands eagerly, hoping to greet the pope. Noticing a small child surrounded by people trying to greet them, Pope Francis motioned the crowd to make way and gave the child a blessing.

In his audience talk, the pope reflected on the Gospel reading of the multiplication of the loaves and fishes. Jesus, he noted, “does not have a cold heart,” but rather is moved by those who follow him and “feels bound to this crowd.”

However, the pope noted that Jesus is not only concerned with feeding the hungry crowd, but also invites his disciples to take part in feeding them.

“The Lord goes out to meet the needs of men and women and wants to make each one of us concretely share in his compassion,” the pope said.

Jesus’ blessing of the loaves before their distribution, he continued, is also repeated in the Last Supper and continues today in the celebration of the Eucharist.

In living this communion with Jesus, Christians are called not “to remain passive and estranged” but to relate with men and women by offering “a concrete sign of Christ’s mercy and attention,” the pope said.

“While we are nourished by Christ, the Eucharist we celebrate transforms us, little by little, into the body of Christ and spiritual food for our brothers and sisters,” he said.

The miracle of the loaves and fishes, Pope Francis stressed, is a reminder of the church’s two-fold mission to “feed the people and keep them united; that is, to be at the service of life and communion.”

Christians, he stressed, are called to be “a visible sign of the mercy of God, who does not wish to leave anyone in loneliness and in need.”

“We believers who receive this bread are compelled by Jesus to bring this service to others with the same compassion of Jesus. This is the path,” the pope said.

NEXT: At Lebanon camp, seeing the face of God in the disabled