Damascus patriarchs call for lifting of sanctions against Syria 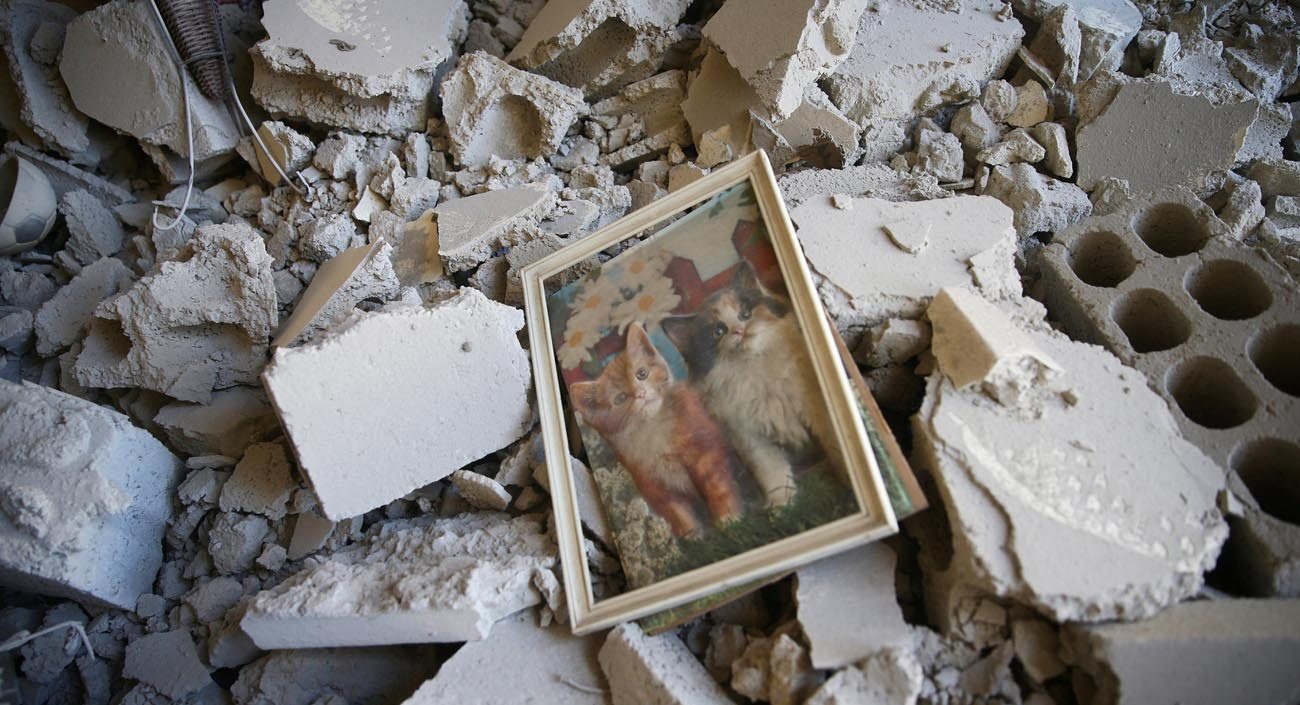 A framed picture of kittens lies amid rubble in Damascus, Syria, July 27. Christian patriarchs residing in Damascus urged the international community to "stop the siege of the Syrian people" and to lift international sanctions, which they say are deepening the suffering. (CNS photo/Bassam Khabieh, Reuters)

DAMASCUS, Syria (CNS) — Christian patriarchs residing in Damascus urged the international community to “stop the siege of the Syrian people” and to lift international sanctions, which they say are deepening the suffering.

Although “the main goals of imposing these sanctions are political,” the patriarchs said, they have affected all Syrian people, “especially the poor and working class, whose ability to provide their basic daily needs such as food and medical care are greatly affected.”

They criticized most Western countries for closing their embassies and said a ban on international banking transactions with Syria “puts the people in a financial difficulty.”

The patriarchs said that in addition to helping to improve the dire living conditions in Syria, lifting the sanctions would facilitate efforts of church and humanitarian groups in providing aid, thus reducing exploitation of the suffering Syrian people.

“We hope that the international community responds to the humanitarian appeal of the Syrians: ‘Stop the siege on the Syrian people! Lift the international sanctions on Syria and allow this people to live in dignity, which is a basic right to all the peoples of the world.'”

A day earlier, in a meeting with Russian Ambassador to Syria Alexander Kinshchak, Patriarch Aphrem requested Russia’s help for the release of two kidnapped archbishops of Aleppo. Syriac Orthodox Metropolitan Gregorios Yohanna and Greek Orthodox Metropolitan Paul, brother of Patriarch John, were kidnapped in April 2013 in northern Syria while on a humanitarian mission.