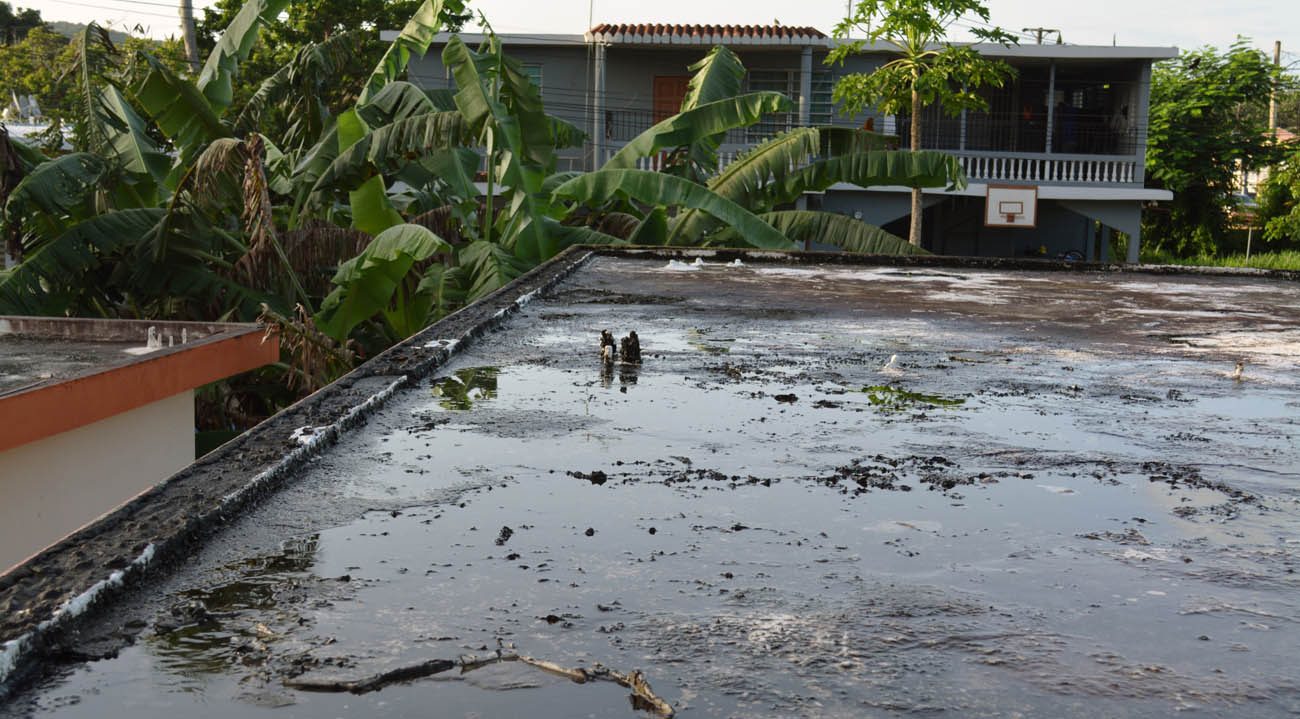 Standing water is seen on a flat roof in San German, Puerto Rico, in this undated photo. Puddles of water contribute to the spread of Zika in Puerto Rico. (CNS photo/CNS photo/Wallice J. de la Vega)

SAN GERMAN, Puerto Rico (CNS) — Mistrust of local government and federal agencies has caused doubt among Puerto Ricans about reports the Zika epidemic poses a grave situation to the island.

Local residents saw the first Zika detection last December as just another mosquito scare. Given the island’s year-round tropical climate, and the current rainy season, mosquitoes are considered a normal part of Puerto Rican life. That attitude is complicated by past perceived episodes of epidemic-based corruption by government and pharmaceutical companies.

According to the Puerto Rico Health Department, this year the island has had 23,864 probable cases of Zika. Of those, 10,690 cases have been confirmed, including 1,035 pregnant women, 90 patients treated in hospitals, and two deaths.

Many people with Zika have few or no symptoms. That fact, combined with the disease’s low mortality rate and discrepancies in information provided by local government and the media, has led to a low level of public awareness and prevention in Puerto Rico.

That perception is what medical personnel from Hospital de la Concepcion, in the southwestern city of San German, identified as the worst part of the Zika epidemic on the island at an Aug. 16 interview with Catholic News Service.

“That’s human nature,” said Dr. Ramon Ramirez Ronda, Concepcion’s chief of infectious diseases and infection control. “As long as nothing happens to me, fine; but when someone at home is infected, then one starts cleaning up standing water in the yard, (we) fumigate our house … and then the mad running around breaks out.”

The gravity of the risk, he said, “is that this particular virus is transmitted not only by mosquitoes, but also by men’s semen. The virus can lodge in the testicular area and the prostate, therefore it has the potential to be transmitted over a longer period of time.” 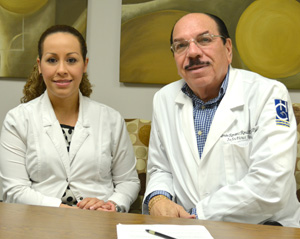 With Zika, there are “other types of manifestations and complications,” she said, “where harm to (unborn) children could be permanent, where one could contract Guillain-Barre syndrome, with its own complications.”

According to the Centers for Disease Control, Zika infection in pregnant women “is a cause of microcephaly and other severe fetal brain defects and has been linked to problems in infants, including eye defects, hearing loss and impaired growth.” The agency also said several countries that have experienced Zika outbreaks recently have reported increases in the number of people with Guillain-Barre, a neurological disorder causing muscle weakness and, sometimes, paralysis.

As of Aug. 15, the number of Guillain-Barre cases in Puerto Rico were confirmed at “two to three per week,” according to the Puerto Rico Health Department.

“The most difficult aspect of Zika is its connection with Guillain-Barre,” agreed Ramirez Ronda. “If one catches it (Zika), it is resolved easily because one has minimal symptoms, or none at all, (and) be a couple of days down and recover. But if one is sexually active, one can spread a web of infected people, and Guillain-Barre. That way, nonsymptomatic people present a higher risk than symptomatic.”

Ramirez Ronda referred often to the need to use condoms to reduce sexual transmission of Zika. That topic that sparked a brief but public clash among the church, government and media.

The Catholic Church in Puerto Rico was the first religious organization to speak out and offer pastoral guidance regarding Zika, even before it became a local epidemic.

Archbishop Roberto Gonzalez Nieves of San Juan issued a Feb. 8 statement reminding Catholics of the church’s opposition to condom and calling all Catholics to “welcome with love, mercy and disposition the people affected by this virus.”

He also opposed the United Nations’ proposal of abortion as “an alternative” to the spread of Zika, as well as the Puerto Rico Health Department’s suggestion to use condoms to achieve those results.

Media coverage of the archbishop’s statement focused mostly on his condom comment and quoted Puerto Rico Health Department Secretary Ana Rius as saying, “I’m very Catholic, but I have to disagree with the archbishop. Condoms must be used.”

Pressed by the media for further comment, Archbishop Gonzalez Nieves replied Feb. 13 with another statement.

“I was amazed that, facing the complexity and magnitude of this epidemic, your petition only focused on the subject of the use condoms,” he wrote, reiterating points from his original statement touching on “the pastoral, social and personal” issues. “Now I trust the professional integrity of the social media to inform responsibly,” he concluded.

Another Zika-related uproar flared July 6 when the CDC posted on its website a news release with the heading: “Puerto Rico to begin aerial mosquito spraying,” apparently without anyone on the island knowing about it. Even after a corrected release was posted saying the CDC and the Environmental Protection Agency “urge the Commonwealth of Puerto Rico to consider aerial spraying,” several street protests helped stop the spraying idea.

The overall rejection to spraying was based on the pesticide to be used –- naled — which, according to the EPA, “can overstimulate the nervous system causing nausea, dizziness, confusion and, at very high exposures (e.g., accidents or major spills), respiratory paralysis and death.”

Dr. Diaz Montijo said pregnant women infected with Zika are expected to start delivering their babies “within the next month,” she said. “That’s when we will know whether the condition is manifesting in Puerto Rico the same way it has in Brazil, for example, where there is high incidence of microcephaly.”

Ramirez Ronda talked about Zika on a more personal level.

“I have been in this field 35 years, so I have seen many outbreaks, but God forbid we get this one, which is the worse because of the Guillain-Barre connection,” he said.

His face turning somber and somewhat emotional, he described some of the Zika patients he has treated: “I have a 52-year-old male who is severely paraplegic. Right now one was born, right here, with microcephaly. I was treating another who died. We are now getting them drop by drop, but when the tsunami hits, say October to November, we’ll see the real impact this will have just on these past eight to nine months.”

NEXT: Dialogue key in building communion with others, cardinal says