Islamic State might get ousted, but Christians still worry about safety 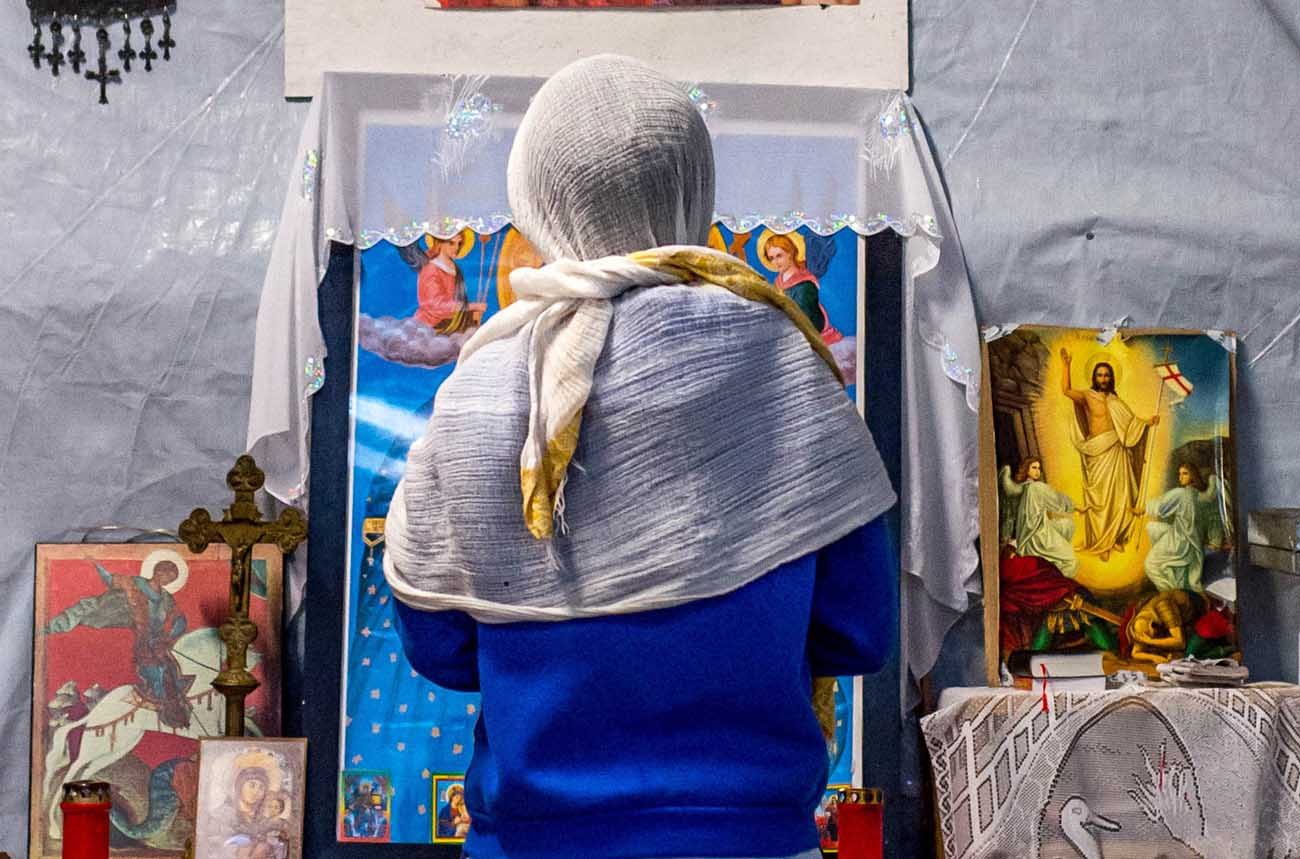 In 2015, an Iraqi refugee from the Ninevah Plain region prays Christmas day at a camp in Calais, France. (CNS photo/Stephanie Lecocq, EPA)

AINKAWA, Iraq (CNS) — Iraqi Christians appear divided about whether they will be able to return home after Islamic State militants are flushed out of the battle-scarred Ninevah Plains region. They say their safety must be guaranteed at all costs.

“If the liberation of the Ninevah Plains region is successful, infrastructure is rebuilt and there is security, I would want to be among the first to return,” said Fadi Yousif, who teaches displaced children in the Ashti II camp for displaced Christians in Ainkawa, near Irbil. “It’s my home. I love that place. But what is absolutely essential is that we have real security there.”

Housed in an unfinished concrete building, Yousif and other displaced people live in containers that take the place of homes lost to the Islamic State. He said his home region would be a different place from what he remembers due to the dispersal of friends and family abroad because of the long wait to rid the area of the Islamist extremists.

“About 60 percent of my friends are now living in exile, whether in neighboring countries or Europe. My mother, father and two sisters are now in Lebanon. I have a brother in Jordan. My uncle is in the United States. Only another brother and I are still in Iraq,” he said. It was unclear whether Yousif’s family would regather in Iraq following the liberation.

Um Fadi, a 37-year-old Chaldean Catholic mother, also is concerned about safety. She and her family of six live in Ashti II.

“I swear, I never saw something like this except in a horror film. But I actually witnessed people being killed and saw dead bodies with my own eyes,” she said of her escape from the Islamic State’s assault on her village of Qaraqosh two years ago.

“Of course, we are frightened to return. What are we going back to? The houses and churches have been bombed. My children, particularly my youngest son, is very frightened about the idea of returning there,” Um Fadi told Catholic News Service.

Other Christians like, Saif Haney, told CNS they will never go back home because they heard that Islamic State militants used their family houses as execution dens.

Some Iraqi Christian political leaders are calling for the inclusion of armed Christian militias to participate in the liberation of Mosul and the Ninevah Plains, their ancestral homeland, alongside U.S.-led coalition forces, Iraqi troops and Kurdish fighters.

Although that may not happen, Christian political leaders such as Yousif Yaqoob Matti want to see Christian defense forces built up to protect Mosul and the Ninevah Plains after their liberation. They said this is necessary because although many Christians would prefer to have an international force, such as U.N. peacekeepers in the area, this is unlikely to happen.

“The battle for the Ninevah Plains against Islamic State will be complex, but the military forces involved must perform as one, unified entity,” Matti told CNS. “After the liberation, demining efforts will take place and electricity, water and other necessary infrastructure will need to be rebuilt. It is hoped that after four months, people may be able to return safely.”

Bahman Maalizadeh of the North Carolina-based Norooz Foundation has traveled to Mosul’s frontline villages ahead of the offensive. His and other nongovernmental organizations have provided badly needed food and medicine to displaced Christians and Yezidis.

“There is a small Christian force left to protect so many lands,” Maalizadeh told CNS. “It is so important for the international community to help these forces to not only protect the land, which they have, but once the area is liberated, to provide security to ensure that Christians can return home.”

A man who identified himself only as John, a Syriac Catholic from Hamdaniyya, is Um Fadi’s neighbor in Ashti II camp. Although he and his family are desperate to forget the past and to leave Iraq, that might not be possible.

“We can’t leave Iraq, but we want to. Although Kurdistan has been kind to us, there is really no work here, so we have run out of money,” he told CNS. “We have to have a future for ourselves and our kids, so we need to go somewhere else. We don’t see that happening in Iraq because so many wars and conflicts have erupted here.”

He and his family have already been displaced already twice: They had to flee the capital, Baghdad, for safety to Hamdaniyya and then escape to Ainkawa following the Islamic State takeover of their area.

“Frankly, money isn’t the objective. The only thing we want in life is what everybody else wants,” he told CNS. “It’s to be able to live in your own home without any concern about what can happen to your kids. I want my children to grow up that way, feeling secure.”