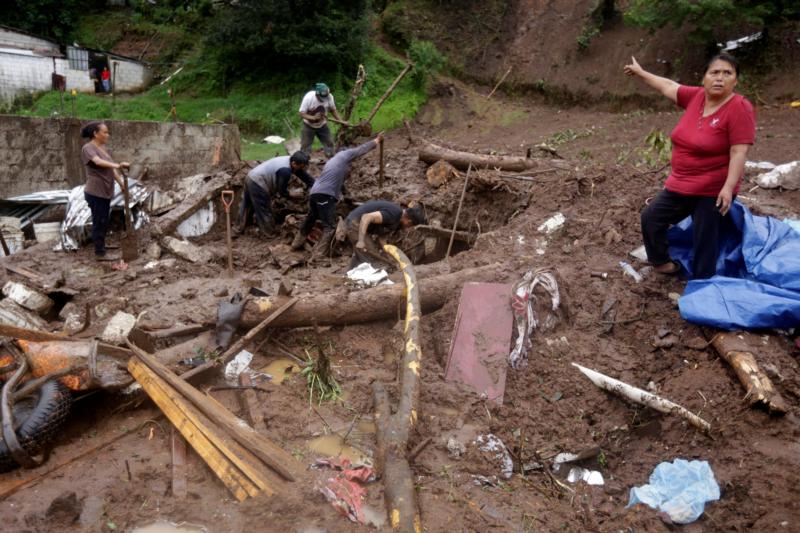 MEXICO CITY (CNS) — A priest in the Mexican state of Puebla said parish and archdiocesan officials are attempting to assess the needs of isolated and impoverished pockets of eastern Mexico, which were hit hard with heavy rains and mudslides, leaving at least 40 dead and dozens of settlements incommunicado.

“At this point, nothing is getting in,” said Father Jose Corona Ortega, pastor at the Our Lady of Assumption parish in Huauchinango, some 120 miles east of Mexico City. “We have attended to the few people that have been able to come by (the parish), but the roads are closed.”

Father Corona estimated attendance at Mass Aug. 7 to be two-thirds of normal, with parishioners donating and collecting food, household items and blankets. A group from the social ministry of the Archdiocese of Tulancingo would assess the situation as conditions allowed, he said.

Archbishop Victor Sanchez Espinosa of Puebla said Aug. 8 that three parishes would be turned into shelters, and collections would be held for those displaced.

Cardinal Pietro Parolin, Vatican secretary of state, sent a message on Pope Francis’ behalf to those impacted by the storm’s destruction. “The Holy Father expresses his affection for the beloved Mexican people, offering his prayers for those who lost their lives and desiring to show his closeness to their families and the victims,” the message said.

Pope Francis also prayed that God would “awaken in all a spirit of solidarity” in response to the disaster.

Tropical Storm Earl, which originally made landfall in Belize as a hurricane, dumped heavy rains on mountainous regions of Puebla and Veracruz. Puebla state officials — who said the storm brought more rain in a few days than an entire month in the normal wet summer — put the death toll at 29, though rescue workers the next day cited higher figures. Veracruz officials put the death toll at 11 in the state.

“Sadness in Mexico for the dozens of victims in Puebla and Veracruz due to the passing of Hurricane Earl,” Auxiliary Bishop Alfonso Miranda Guardiola of Monterrey, secretary of the Mexican bishops’ conference, tweeted Aug. 8. “Our prayers and solidarity.”

PREVIOUS: Islamic State might get ousted, but Christians still worry about safety