U.N. Refugee Olympic team: ‘The victory scream of all refugees’ 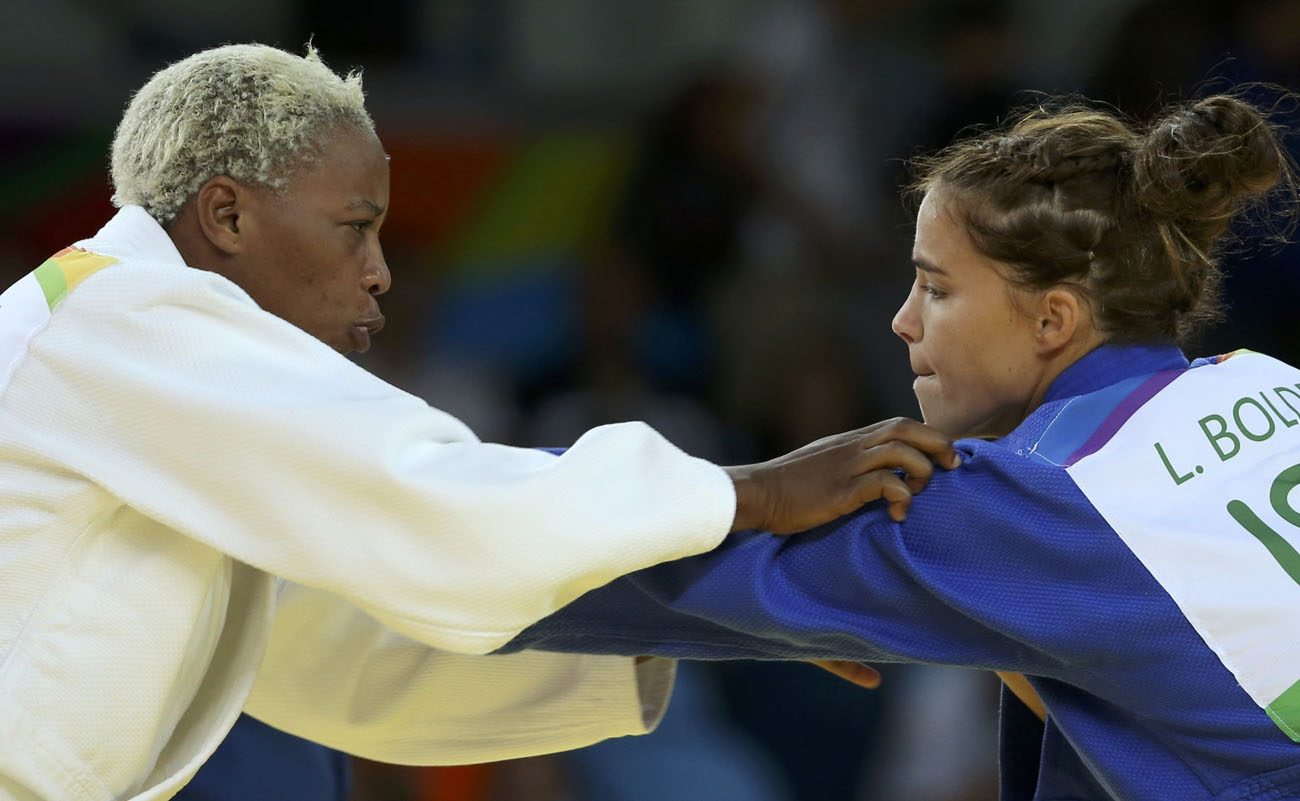 RIO DE JANEIRO (CNS) — Glued to the improvised screen set up on the patio of the Caritas house, the refugees yelled and they cried. But most of all, they cheered. They cheered for their two Congolese colleagues, Popole Misenga, 24, and Yolande Mabika, 28, who were competing in judo as part of the United Nations’ Refugee Olympic team.

“They represent all of us today,” said an emotional Mirelle Muluila, also from Congo. “They represent the strength it takes to come from nothing and being considered a ‘nobody,’ to becoming a champion,” she cried out as others around her agreed.

Muluila studied international relations in her country, but here in Brazil, where she has lived for the past 23 months, she continues to struggle with the language and the lack of opportunities.

“We want to tell the world that we are somebody. … We are doctors and engineers and teachers,” she said, “we have education but had to flee our countries, not because we wanted to, but because we were forced to.”

Serge Shindano agreed: “This team is the victory scream of all refugees. People believe that we don’t belong anywhere, but we do … we belong to the world and the world belongs to all.”

Most of the refugees sitting Aug. 10 at the Caritas house, located five minutes away from the famous Maracana soccer stadium, understood the historic significance of the first-ever refugee team at the Olympics.

“This team will start to break the barrier. It will show the other peoples of the world that we are able to do lots of things. We can compete and win just like anyone else,” said Mariama Bah of Gambia adding, “Refugees are not bad people, we are good people.” 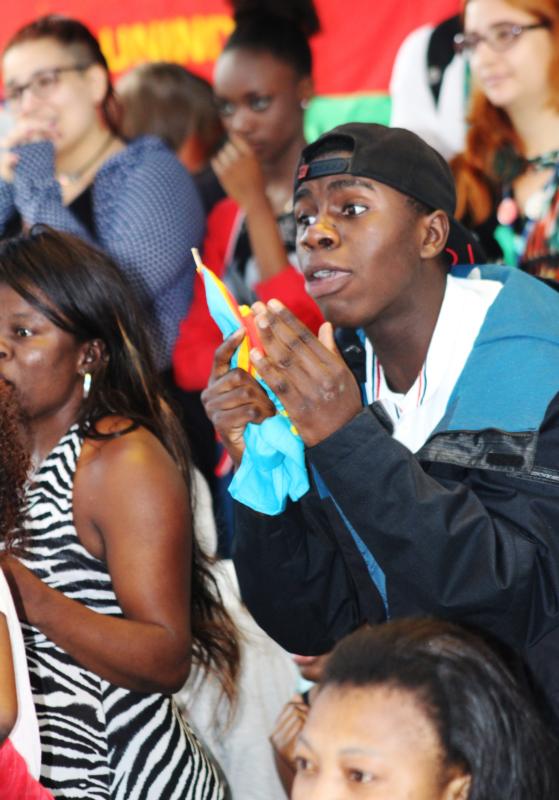 Congolese refugee Jean Nzuzi watches a projection screen on the patio of the Caritas house in Rio de Janeiro as two of his fellow refugees compete in judo during the Summer Olympics Aug. 10. (CNS photo/Lise Alves)

Even the younger refugees, who have completely integrated into Brazilian society, understood the significance of these athletes.

“It is wonderful to see them compete,” said Jean Nzuzi, 16, who fled Congo when he was 6. Nzuzi speaks perfect Portuguese and seems totally adapted to the “Brazilian way” but concedes that it is not always easy for some of the others.

“I don’t have the same problems the older refugees have in Brazil, like the language and the culture, but I understand their frustration and their “saudade” (homesickness) for the country they left behind. This (Olympics) is the chance to say to the world, ‘We exist, we do good things.'”

All at the watch party said Misenga and Mabika, as well as the other eight refugees who make up the Refugee Team, are heroes, even if they do not win a medal.

“It is a great victory just participating,” said Renata Pretti of Caritas, the church’s charitable agency. Pretti noted the two judo athletes had approximately a year to practice, after receiving the invitation from the U.N. refugee agency, UNHCR. “They are an example for both the international and Brazilian communities that if you give people a chance, they are able to fulfill their dreams.”

According to Caritas officials, the two refugees now living in Brazil were living in a center for displaced children in Kinshasa, Congo, when they discovered their love for judo. Their perseverance in the sport paid off, and soon they were members of the nation’s national judo team. In 2013, however, after years of being mistreated by coaches when they did not win medals, they came to Brazil for a tournament and decided to seek asylum.

Today, Misenga lives in one of Rio’s largest favelas, Complexo da Penha, and has a Brazilian wife and son.

At a young age, Mabika was separated from her parents. “I have never made money from judo, but it has strengthened my heart. The sport helped me to have a better life,” she was quoted as saying to reporters before the start of the Olympics. “My message to the refugees is that they do not give up, believe and have faith in their heart.”