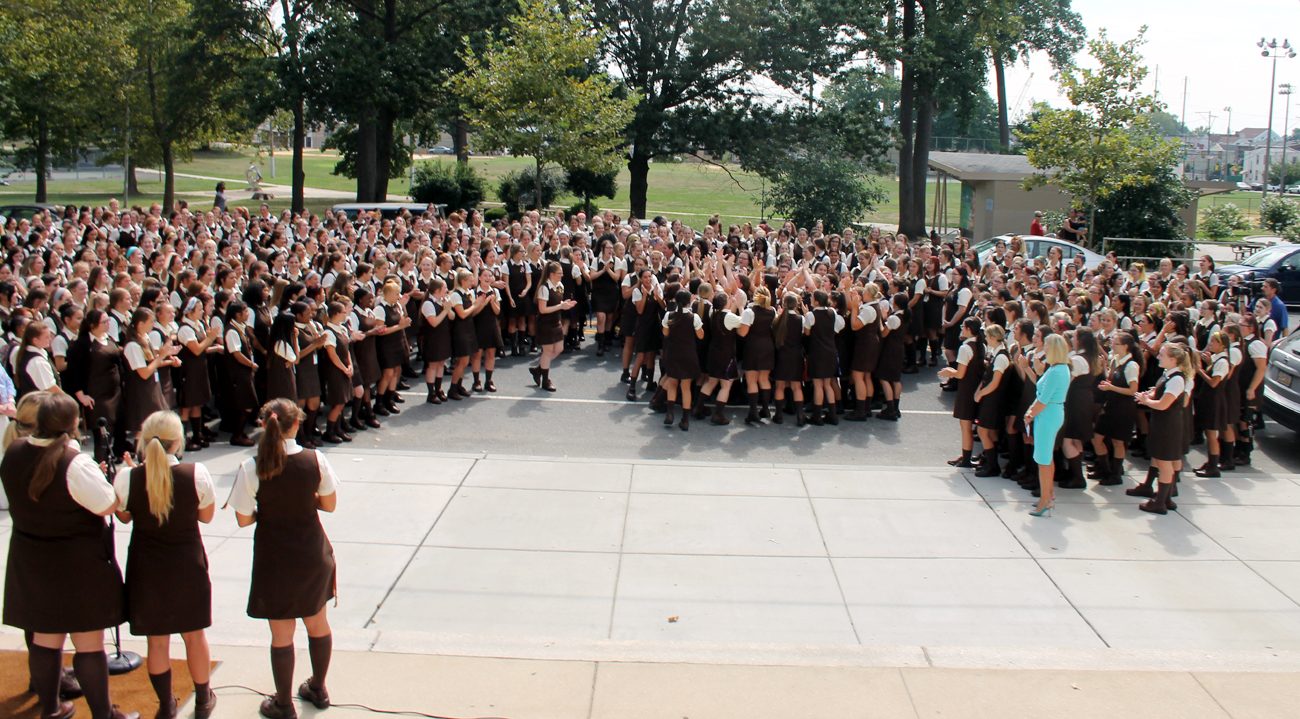 The Bambies of St. Hubert Catholic High School for Girls celebrate the opening of their 75th anniversary during festivities at the Northeast Philadelphia archdiocesan high school Monday, Sept. 12. (Photo by Sarah Webb) 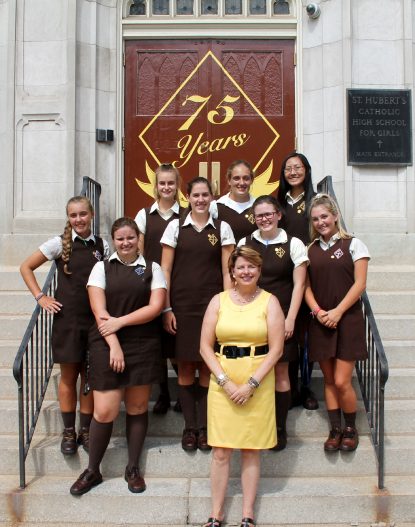 Msgr. Philip Cribben was a natural choice as celebrant for the opening liturgy observing the 75th anniversary of St. Hubert Catholic High School for Girls, for three reasons.

First, he was born and raised in the Tacony neighborhood; second, he was principal of St. Hubert’s from 1973 to 1980; and third, he was archdiocesan superintendent of schools, 1992-2001.

In his blessing Msgr. Cribben placed the school under divine protection, praying, “Heavenly Father we place ourselves in your loving presence. We ask you to strengthen us and help us serve you well, throughout this coming school year. We ask you to bless this honorable school, guard it and protect those who are called to be students here. Protect us from all harm.”

In a lighter note he gave an example of how his own parents did their bit to protect St. Hubert’s girls during his administration.

His mother and father were driving on Cottman Avenue when they came upon three schoolgirls hitchhiking. Breaking their usual rule they stopped and gave them a lift.

“What school do you go to?” Mrs. Cribben asked. When they said St. Hubert’s the next question was, “Does your principal approve of you hitchhiking?” and “We don’t know,” was the reply.

“Well, he wouldn’t,” Mrs. Cribben said. “I know because I’m his mother,” and to prove it she showed them the family pictures in her wallet. The embarrassed girls asked to be dropped off a couple of blocks later.

If you are familiar with St. Hubert, you might notice the oldest section of the complex looks strikingly like a little church, and that is because it once was.

The school traces back to 1924, when it was founded as a German personal parish. Typical of the era, the lower floor was a church with classrooms above. St. Hubert Parish did not prosper, possibly because its formative years were sandwiched between two world wars involving the United States and Germany, and also the Great Depression.

At the suggestion in a letter to Cardinal Dennis Dougherty by Father John Ludwig, the pastor, the parish was closed in 1940 and converted into a high school for girls which opened in 1941 with classrooms already in place, although much expanded in the years ahead.

Since then many thousands of young women have received their education there, and while the numbers may be diminished it is still holding its own. Last year 670 girls were enrolled at the school.

“We graduated 145 and we brought in 145 new students,” said Lizanne Pando, St. Hubert’s president. “Our freshman class is made up 45 different parishes. We are excited about the enrollment.”

While St. Hubert’s is justly proud of the academic achievements of the students and number of college acceptances and scholarships they receive, Pando also pointed to a couple of the programs that are non-standard today.

Msgr. Cribben recalled in his time as principal the school had a wonderful orchestra with music under the direction three St. Joseph Sisters. Today, he noted, many students work part time to help pay for their tuition, with little time for extra-curricular activities and music programs suffer.

Joanne Walls has served as school principal since 2013, and was previously at the school 1988-96. She feels it is a privilege to be at St. Hubert.

Among those wonderful examples is Sabrina Merrill, who is beginning her senior year and hopefully next year will be enrolled at Temple University and ultimately medical school.

“St. Hubert means everything to me — it means sisterhood, it means great education,” she said. “Catholic education is the best education available in Philadelphia, and St. Hubert’s was my only choice.” 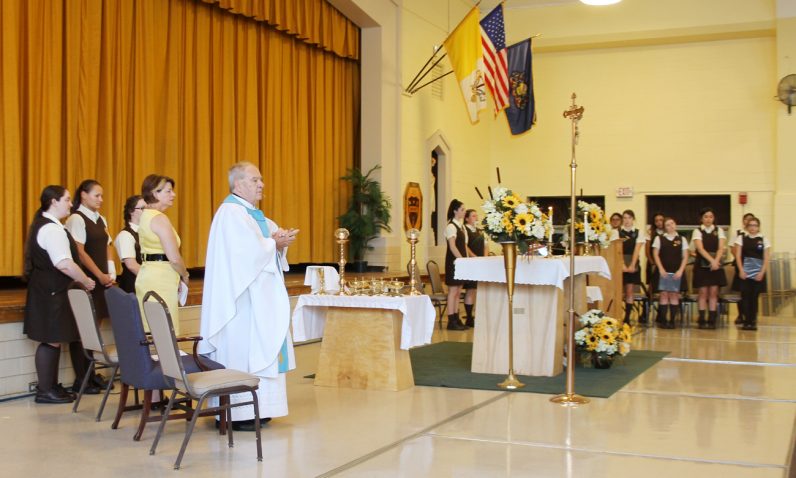 PREVIOUS: At St. Peter Claver Mass, a call to reconciliation