Report says legalizing marijuana would be windfall for cannabis industry 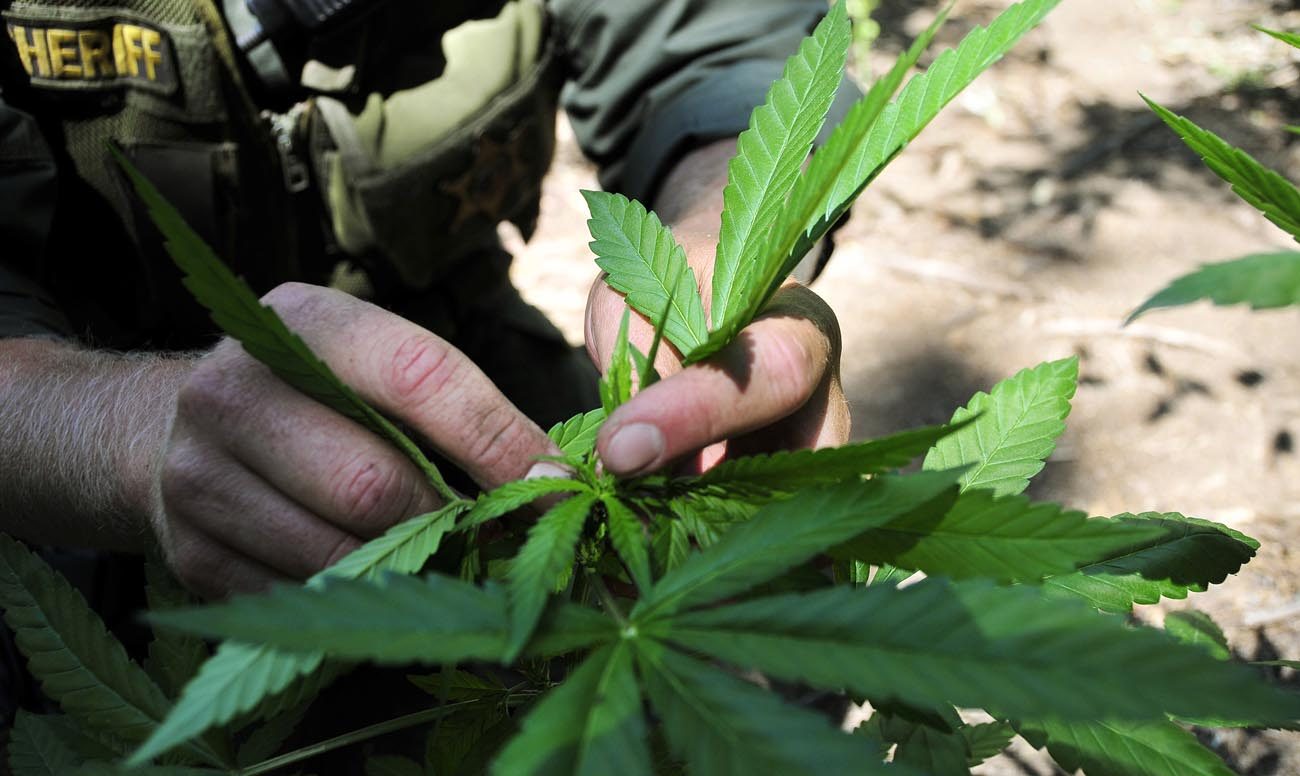 A law enforcement officer is seen in 2010 pulling marijuana plants out of the Sierra Nevada mountain range in California. If voters legalize marijuana in California Nov. 8, the cannabis industry can expect sales to increase to $6.5 billion by 2020, a new cannabis industry marketing report predicts. (CNS photo/Fresno County Sheriff's Office via EPA)

Cannabis investors can expect 18.5 percent sales growth a year in California if Proposition 64 passes, according to “The State of Legal Marijuana Markets,” published by New Frontier Data and ArcView Group. The 2016 report says: “Legalization of cannabis is one of greatest business opportunities of our time and it’s still early enough to see huge growth.”

In 2015, medical marijuana sales in California were $2.7 billion, the study noted.

The California Catholic Conference, the public policy arm of the state’s bishops, has officially taken “no position” on the ballot initiative to legalize recreational marijuana. However, the conference notes the Catechism of the Catholic Church teaches the use of drugs except on strictly therapeutic grounds is a “grave offense,” and the Vatican Pontifical Council for Health Care Ministry in 2001 stated that the use of cannabis is “incompatible with Christian morality.”

Meanwhile, a just-released Colorado study of the effects of legalization found marijuana-related traffic fatalities increased 62 percent from 71 to 115 people from 2013 to 2015, youth use increased 20 percent and adult use increased 60 percent based on questions about past-month use.

Marijuana-related hospitalizations nearly doubled from 6,305 in 2011 to 11,439 in 2014, two years after the Rocky Mountain state legalized recreational use, according to the September report by Rocky Mountain High Intensity Drug Trafficking Area, which tracks the impact of marijuana legalization in Colorado.

Proposition 64 “is written for the fat cats who are going to get richer,” said Kevin Sabet, a former Obama administration drug policy adviser and co-founder with former Democratic Congressman Patrick Kennedy of Smart Approaches to Marijuana, a national anti-legalization organization.

The “No on 64” forces have received less than a quarter-million dollars in donations compared to more than $11 million for Proposition 64, according to filings with the secretary of state. Most of the funding for “No on 64” has come from Sabet’s group.

California was the first state to legalize medical marijuana — in 1996 — and it reduced possession of the drug to an infraction with a maximum $100 fine in 2010. An average of the results of five polls of California voters, taken from February through August, found 62.5 percent would vote for passage, while 34.8 percent would oppose it, according to ballotpedia.org.

Nevertheless, proponents and opponents say Proposition 64 would not only legalize marijuana for adults 21 and older, it would change the playing field by imposing taxes and allowing commercial cultivation, processing, distribution, and sales of marijuana for recreational purposes under a state regulatory and licensing structure, the Bureau of Marijuana Control.

It could raise as much as $1 billion a year in tax revenues, and reduce law enforcement and incarceration costs by as much as $100 million, according to the state legislative analysis.

The measure “allows marijuana growing near schools and parks because it forbids local governments from banning indoor residential growing of marijuana if the crop is limited to six plants,” the Catholic conference’s summary of opponents’ arguments states.

In addition, black market and drug cartel activity will likely increase as organized crime has skyrocketed in Colorado and the measure “places no limit on the number of marijuana shops that can be placed in a single neighborhood with poor, underprivileged neighborhoods likely the ones to be most affected,” the conference summary stated.

Proponents include 2018 gubernatorial candidate Lt. Gov. Gavin Newsom, who created the state blue ribbon panel whose recommendations comprise most of the initiative’s language, the California Democratic Party and the California NAACP.

Current drug policies are “a war on the poor, on folks of color and it’s got to end,” Newsom told a National Cannabis Industry Association conference in Oakland, the Los Angeles Times reported June 21.

Proposition 64 would generate tax revenue, decrease law enforcement costs and provide an environment where marijuana is safe, controlled and taxed, according to the ballot arguments.

NEXT: Notre Dame event with Ginsburg focuses on her life, not court decisions