At Chilean rally, Christians encouraged to say ‘yes’ to life 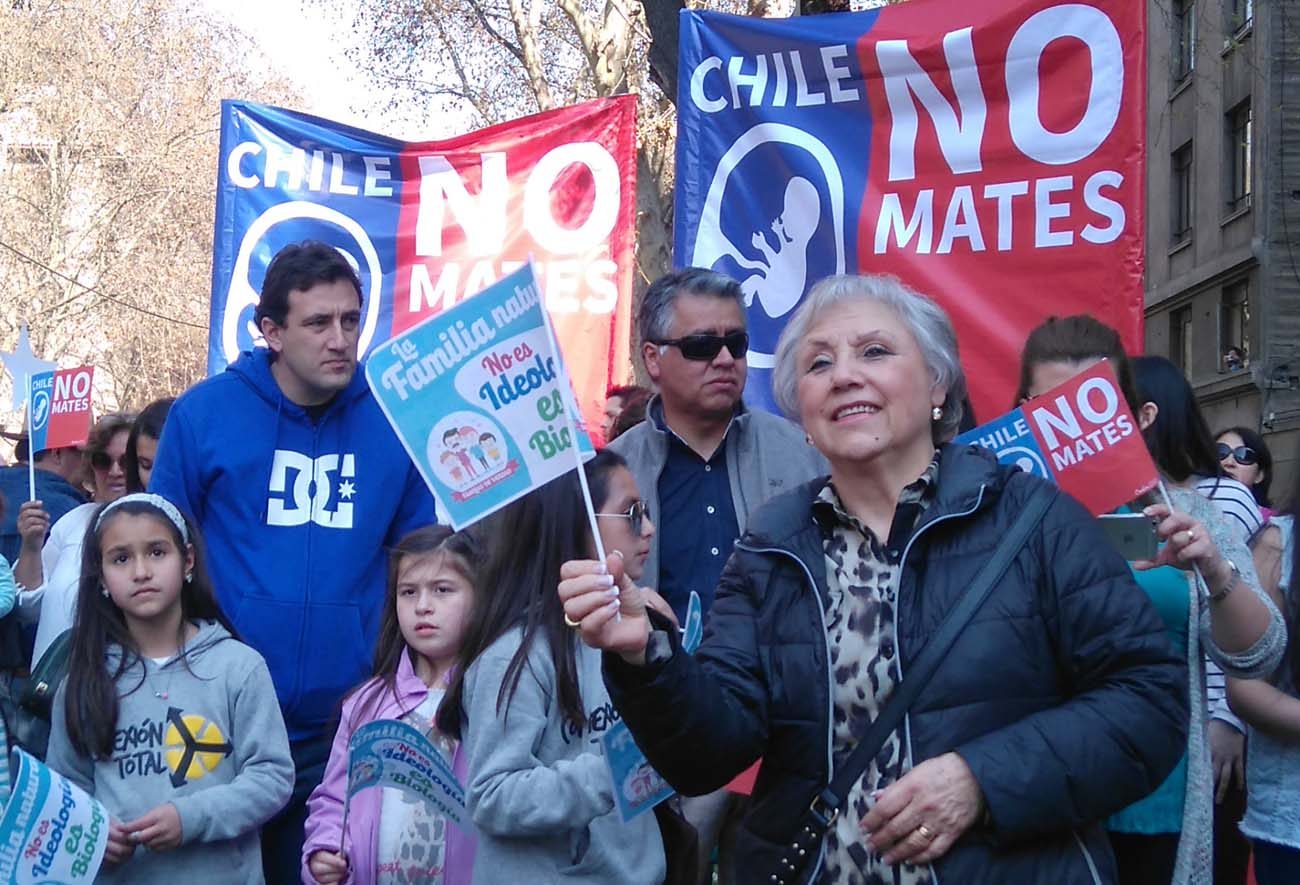 SANTIAGO, Chile (CNS) — On a hot, sunny spring afternoon, 100,000 Christians from all walks of life traveled downtown to celebrate life. Santiago’s pedestrian street, Paseo Bulnes, was packed tight with people from all over Chile. Many of them were neatly dressed: the men in slacks and dress shirts, the women in dresses looking as if they were going to church.

Police in their freshly ironed green uniforms looked on as the participants poured onto the street Sept. 3. Soon it was packed, with the audience waving white stars, which they were handed by volunteers. People sang songs, ate ice cream and greeted each other with enthusiasm. Nuns, priests, families and students from all parts of society joined the celebration. Many of the participants had banners saying things like “Chile no mates” (Chile don’t kill) and calling on people not to abort their babies.

The theme of the festival was to celebrate life in all of its different forms, from donating organs to helping the vulnerable, but abortion was the main focus. Abortion was outlawed in Chile in 1989 in one of the last acts of Gen. Augusto Pinochet’s military government.

In March, Chile’s lower house of Congress approved a proposal that would allow abortion in cases of rape, when there is a health risk for the mother or when the fetus is not viable. The draft still needs Senate approval to become law.

The three-hour festival was a mix of young music groups and some very powerful testimonies from people like Massiel Moreno. His mother was raped and had an illegal abortion that went wrong. As a result, Moreno was born with cerebral palsy. In an emotional speech, he said, “I was adopted by a loving family who couldn’t have children. They did the very best they could for me, and here I am today, married with a beautiful 9-month-old daughter, the continuation of the gift of life that God gave me.”

Chile is a largely Christian country, with around 55 percent of people professing Catholicism, although the numbers who practice the faith are declining. Thirteen percent of Chileans are Protestants or evangelicals.

The abortion debate is fierce and emotional. President Michelle Bachelet is determined that the new law should pass, and the Catholics Church is vocal in its opposition. Church officials said one of the purposes of the festival was to send a clear message to the rest of the country about the church’s position: Children have the right to be born, whatever the situation. Volunteers spent the afternoon asking festival participants to sign a petition opposing the legislation.

Abortion was not the only life topic included in the program. Standing on the main stage beside her husband and children, Claudia Valdes told the audience about her daughter, Jacinta Zanartu. Valdes told of her daughter’s progressively degenerative illness, which had moved the nation and inspired one family to allow the donation of a heart and lungs, which helped Jacinta to live just a little longer.

“When you donate an organ you are born again. This is not a happy story, our darling daughter is dead,” Valdes said. “But I will always be grateful to the wonderful, courageous family who, in spite of the huge pain they were feeling at the loss of their child, decided to … give us the gift of life.”

Santiago Cardinal Ricardo Ezzati, who has worked on life issues with other Christian churches, told participants: “Life is a precious gift from God, the most priceless gift you can ever have. It is important that we help people to live with dignity: children who are abandoned, women who suffer domestic violence and the homeless. Today I want everyone to shout loud and clear that they are saying ‘yes’ to life.”

NEXT: Retired pope says governance wasn’t his gift, but Francis is good at it