Retired pope says governance wasn’t his gift, but Francis is good at it 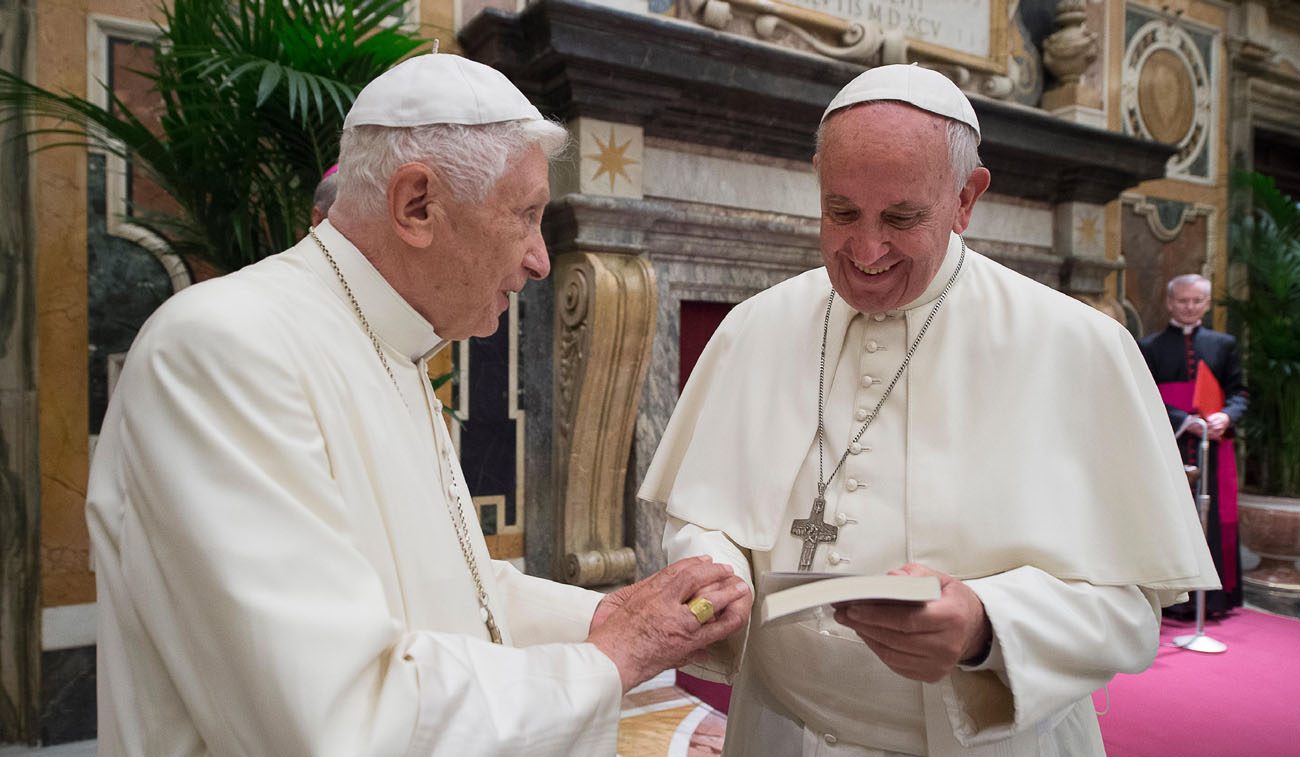 VATICAN CITY (CNS) — While retired Pope Benedict XVI said organization and governance are not his strong suits, he also said, “I am unable to see myself as a failure.”

In a book-length interview with the German author Peter Seewald, Pope Benedict said that when he resigned he had the “peace of someone who had overcome difficulty” and “could tranquilly pass the helm to the one who came next.” 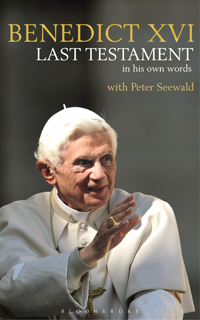 The new book, “Last Testament,” will be released in English by Bloomsbury in November. The German and Italian editions were in bookstores Sept. 9, but some excerpts were published Sept. 8 by the Italian daily newspaper Corriere della Sera.

Pope Benedict insisted once again that he was not pressured by anyone or any event to resign and he did not feel he was running away from any problem.

“My weak point perhaps is a lack of resolve in governing and making decisions,” he said. “Here, in reality, I am more a professor, one who reflects and meditates on spiritual questions. Practical governance was not my forte and this certainly was a weakness.”

Pope Francis, on the other hand, “is a man of practical reform,” the retired pope said. His personality and experience as a Jesuit provincial and archbishop have enabled him to take practical organizational steps.

The retired pope, who is 89, said he had no inkling that then-Cardinal Jorge Mario Bergoglio would be elected his successor; “no one expected him.”

“When I first heard his name, I was unsure,” he said. “But when I saw how he spoke with God and with people, I truly was content. And happy.”

Pope Benedict said it made no impression on him that the brand new pope chose to appear on the balcony of St. Peter’s Basilica without wearing the ermine-lined red mozzetta or cape. “What did touch me, though, was that even before going out onto the loggia, he tried to phone me.”

Electing the first Jesuit pope and the first Latin American pope, the College of Cardinals showed that “the church is moving, dynamic, open, with the prospect of new developments before it,” he said. “What is beautiful and encouraging is that even in our day things that no one expected happen and they demonstrate that the church is alive and brimming with new possibilities.”

Seewald also asked Pope Benedict about reports that during his pontificate there was a so-called “gay lobby” in the Curia and the group protected certain priests by threatening to blackmail others.

The retired pope replied that a commission of three cardinals he had named to investigate a major leak of reserved documents and conduct an administrative review of Vatican offices and procedures identified “a small group of four, perhaps five persons,” which a few Vatican officials and the media later would refer to as the “gay lobby.”

“We dissolved it,” Pope Benedict said.

The retired pope, who has had a pacemaker since 1997 and can no longer see out of his left eye, told Seewald that preparing for death is part of his daily routine. It’s not a matter of getting his earthly affairs in order, he said, “but of preparing to pass the ultimate examination before God.”

With a view to writing a biography, Seewald said he conducted his interview with Pope Benedict “shortly before and after” his resignation in February 2013. The book contains more than 500 questions and answers, covering the childhood of Joseph Ratzinger, his seminary and university years, his teaching career and his work at the Second Vatican Council. Seewald also asked about his years as a bishop in Germany, his work as prefect of the Congregation for the Doctrine of the Faith and his papacy.

Pope Benedict reviewed the text and approved its publication, Seewald said. The two met May 23 at the Mater Ecclesiae monastery in the Vatican Gardens, where the retired pope lives with his secretary, Archbishop Georg Ganswein, and a small group of consecrated women, who care for the household.

The only writing the retired pope does these days, he told Seewald, is a Sunday homily each week.

“You write sermons for four or five people?” Seewald asked. “Why not?” the retired pope replied. “Whether there are three or 20 or 1,000 (people), the word of God must always be present to people.”

But writing any more than that, he said, “would simply be too arduous for me now.”

Insisting “my hour had passed and I had given all I could,” Pope Benedict said he never has regretted resigning, but he does regret hurting friends and faithful who were “really distressed and felt forsaken” by his stepping down.

While a pope, like any Christian, is called to take up his cross and follow Christ — including bearing criticism and even scorn — the retired pope said, “that doesn’t mean, however, that he must die by the sword.”

As Cardinal Joseph Ratzinger, he served 24 years as prefect of the Congregation for the Doctrine of the Faith, working very closely with St. John Paul II.

Despite their closeness, Pope Benedict said he easily rejected the idea of taking the name John Paul III when it became clear in the conclave of 2005 that he was about to be elected St. John Paul’s successor.

“I felt that would be inappropriate because a standard had been set there, which I couldn’t match,” Pope Benedict said. “I was a different character, cut from different cloth. I had a different sort of charisma, or rather a non-charisma.”

In response to Seewald’s repetition of the aphorism that “the loving God corrects every pope in his successor,” the retired pope said Pope Francis’ “direct contact with people,” the way he wades into a crowd, is probably a correction, as is “the courage with which he exposes problems and searches for solutions.”

When Pope Francis published his apostolic exhortation, “Evangelii Gaudium” (“The Joy of the Gospel”) in November 2013, he sent Pope Benedict a copy bound in white, the color usually reserved for the pope’s copy of a document.

The text came with “a beautiful personal letter” in Pope Francis’ own handwriting, which, Pope Benedict said, “is much smaller than mine.” The retired pope, whose handwriting is notoriously miniscule, said, “in comparison my handwriting is huge.”