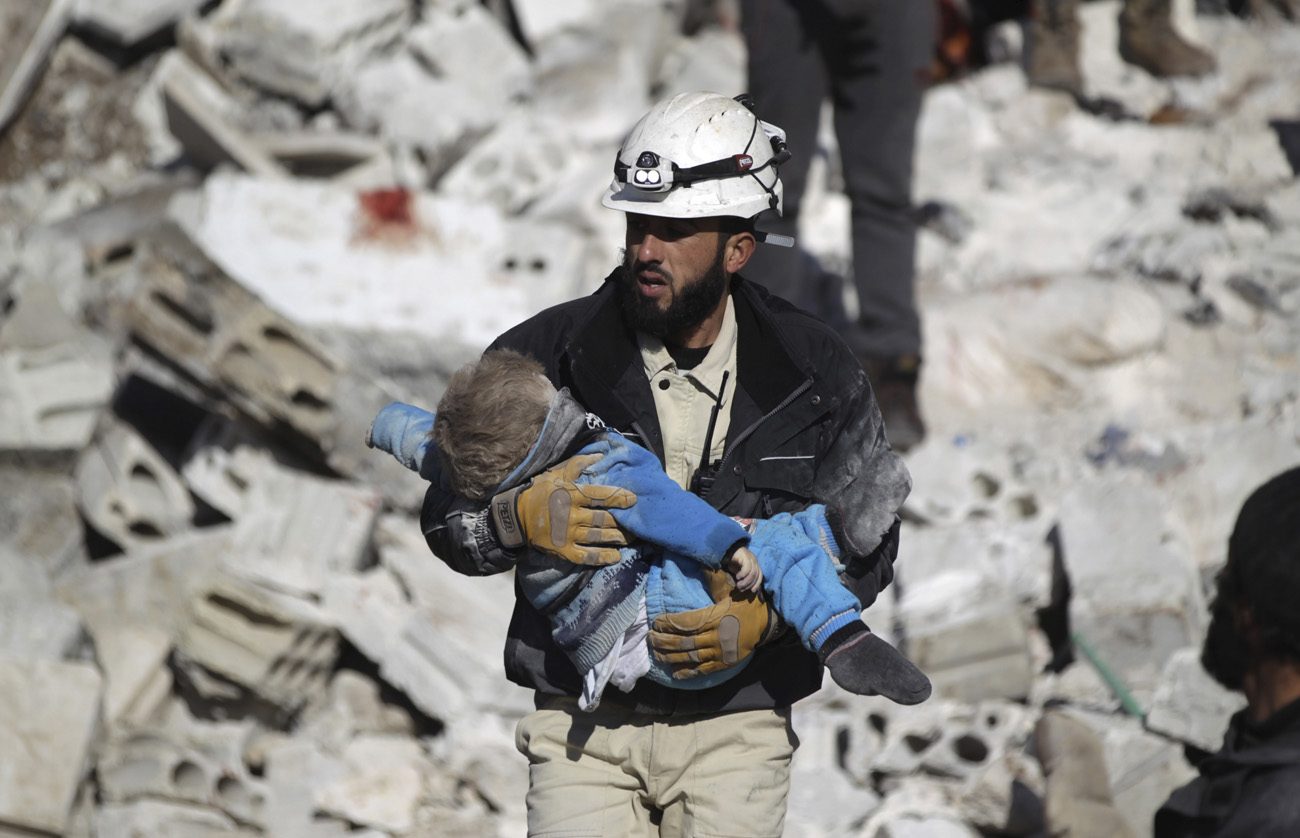 A civil defense member carries a dead child Sept. 15 in a site hit by what activists said were airstrikes carried out by the Russian air force in the province of Idlib, Syria. Chaldean Catholic bishops, meeting for their annual synod in Irbil, Iraq, pleaded for peace in the Middle East and for the liberation of areas seized by the Islamic State so that the displaced can return to their homes. (CNS photo/Khalil Ashawi, Reuters)

IRBIL, Iraq (CNS) — Chaldean Catholic bishops, meeting for their annual synod, pleaded for peace in the Middle East and for the liberation of areas seized by the Islamic State group so that the displaced can return to their homes.

Chaldeans were among the approximately 120,000 Christians who were uprooted when the Islamic State seized Mosul and the Ninevah Plain in Iraq during the summer of 2014.

In the final statement issued at the conclusion of the Sept. 22-27 synod, the 20 bishops from Iraq, Iran, Syria, Lebanon, the United States, Canada and Australia also expressed their solidarity with Bishop Antoine Audo of Aleppo, Syria, one of the participants.

They called for officials to “stop the war in Syria and sit together in a constructive dialogue to find a peaceful political solution that preserves the country and the nation.”

Regarding the issue of priests and monks who left their dioceses and monasteries in Iraq without formal permission to emigrate, the bishops emphasized that such departures from the homeland “were raising doubts among faithful.” Consequently, the statement directed that those priests and monks must “leave their current dioceses (abroad) immediately.”

“We could accept them, on condition that one of the Chaldean bishops can accommodate them after a month or two of rehabilitation,” the statement continued. “Meanwhile, (those) priests should return to their bishops to regularize their status before commencing their pastoral mission.” They confirmed that Chaldean Father Noel Gorgis, who had emigrated without permission, had been ordered to leave the Eparchy of St. Peter the Apostle in San Diego.

The synod selected three candidates for bishop of the San Diego eparchy to be sent to Pope Francis. Bishop Shlemon Warduni has been serving as interim bishop of the eparchy since the retirement of Bishop Sarhad Jammo.

The statement said that the Chaldean Church will proceed with the cause for canonization of Catholics martyred in Iraq since 2003, including Archbishop Faraj Rahho, Father Father Ragheed Kani, four deacons and a nun. 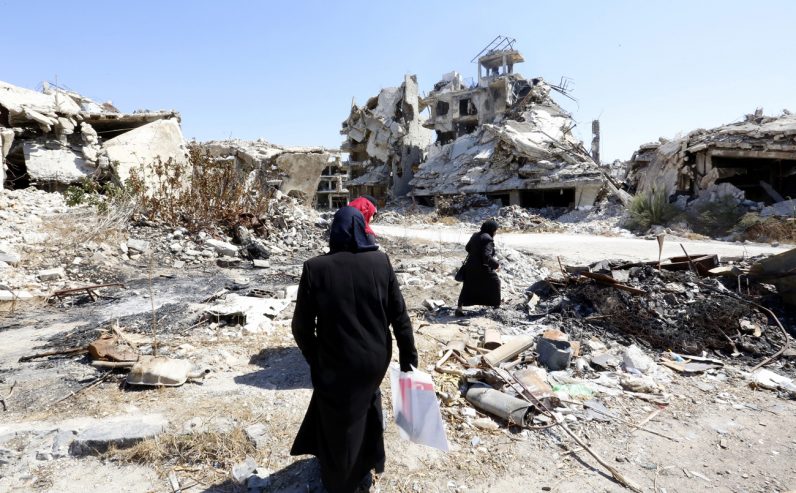 NEXT: Vatican office holds meeting on role of women in the church