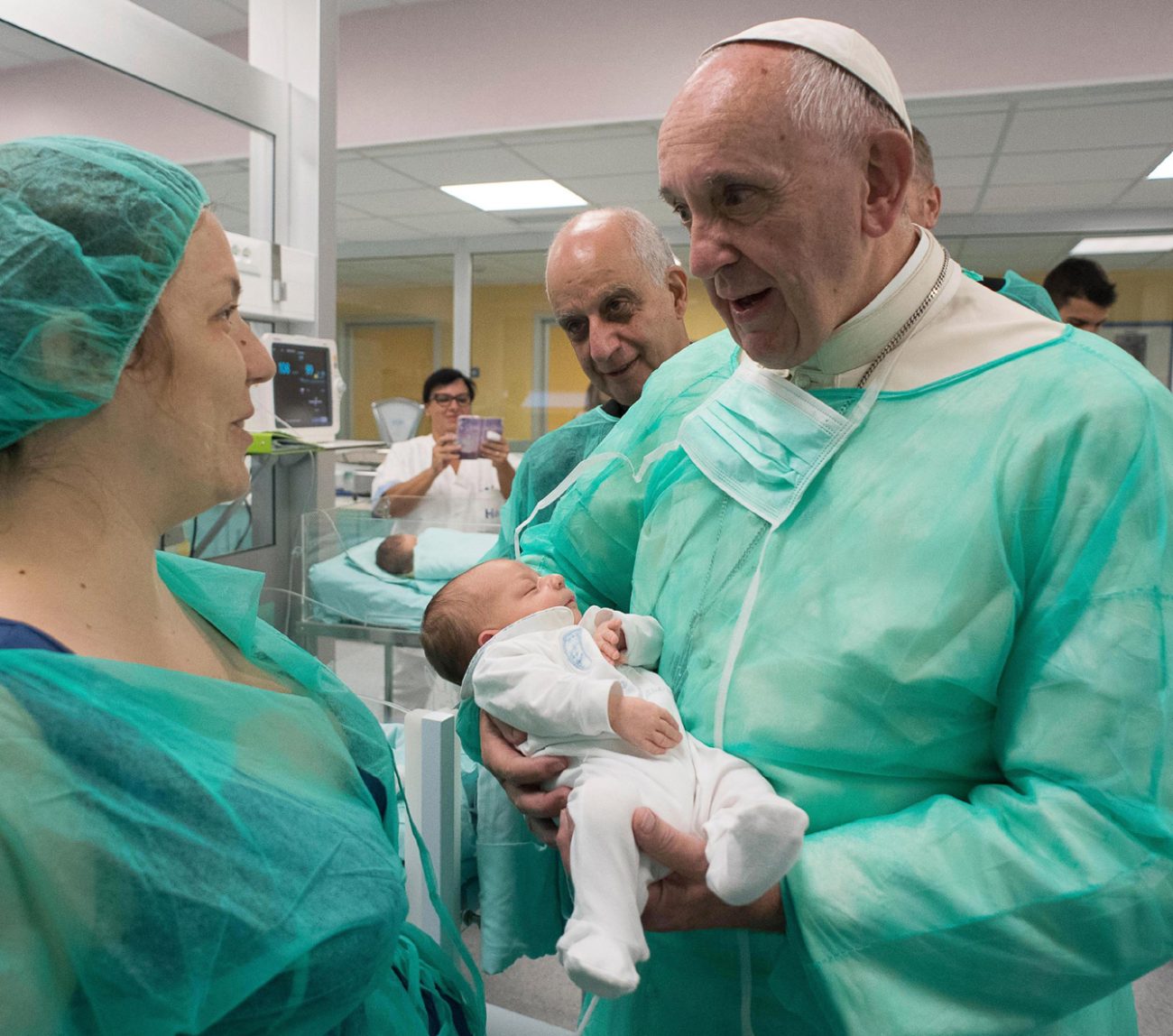 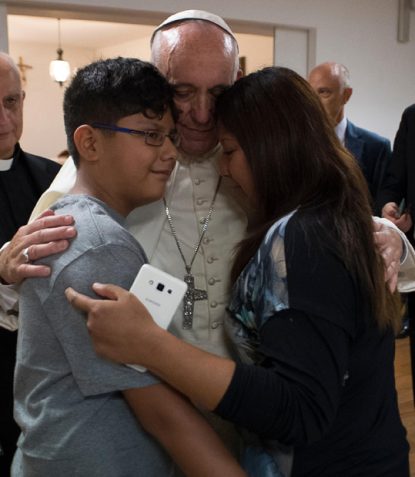 Pope Francis visits patients at the Villa Speranza hospice, which is connected to Gemelli Hospital, in Rome Sept. 16. The visit was part of the pope’s series of Friday works of mercy during the Holy Year. (CNS photo/L’Osservatore Romano, handout)

VATICAN CITY (CNS) — Pope Francis donned a green hospital gown over his white cassock and entered the neonatal unit of a Rome hospital, peering in the incubators, making the sign of the cross and encouraging worried parents.

The trip to the babies’ ward of Rome’s San Giovanni Hospital and then to a hospice Sept. 16 were part of a series of Mercy Friday activities Pope Francis has been doing once a month during the Year of Mercy.

By visiting the ailing newborns and the dying on the same day, the Vatican said, Pope Francis “wanted to give a strong sign of the importance of life from its first moment to its natural end.”

“Welcoming life and guaranteeing its dignity at every moment of its development is a teaching Pope Francis has underlined many times,” the statement said. With the September visits he wanted to put “a concrete and tangible seal” on his teaching that living a life of mercy means giving special attention to those in the most precarious situations.

During the Mercy Friday visits, Pope Francis has spent time with migrants, the aged, at a recovery community for former drug addicts and at a shelter for women rescued from human trafficking and prostitution. 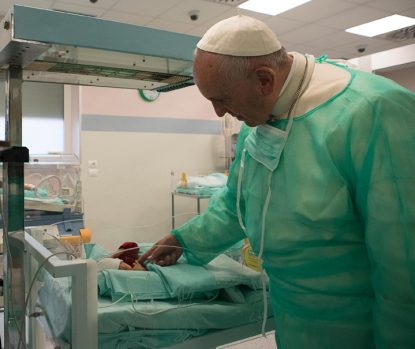 Pope Francis stopped by the emergency room of San Giovanni Hospital before going to the neonatal unit, where 12 little patients were being treated. Five of the newborns, including a pair of twins, were in intensive care and were intubated, the Vatican said. The pope also went to the maternity ward and nursery upstairs, greeting new parents and holding their bundles of joy.

At the neonatal unit, the Vatican said, the pope was “welcomed by the surprised personnel” and, like everyone else, put on a gown and followed all the hygiene procedures.

Leaving the hospital, he drove across town to the Villa Speranza hospice, which hosts 30 terminally ill patients. The hospice is connected to Rome’s Gemelli Hospital.

Pope Francis went into each of the rooms and greeted each patient, the Vatican said. “There was great surprise on the part of all — patients and relatives — who experienced moments of intense emotion with tears and smiles of joy.” 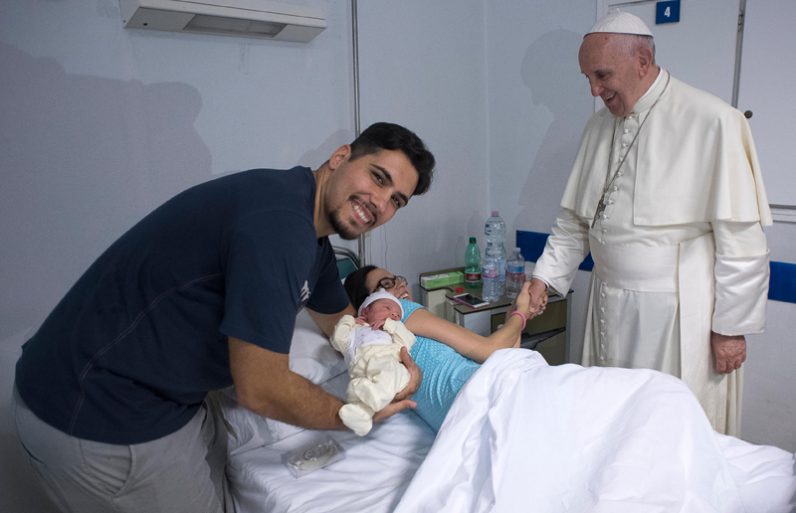 Pope Francis greets a mother as he visits the neonatal unit at San Giovanni Hospital in Rome Sept. 16. The visit was part of the pope’s series of Friday works of mercy during the Holy Year. (CNS photo/L’Osservatore Romano, handout)

PREVIOUS: Australian bishops: Reject ageism, ‘old age will come to us all’

NEXT: Best way to fight terrorism is to warmly welcome refugees, pope says