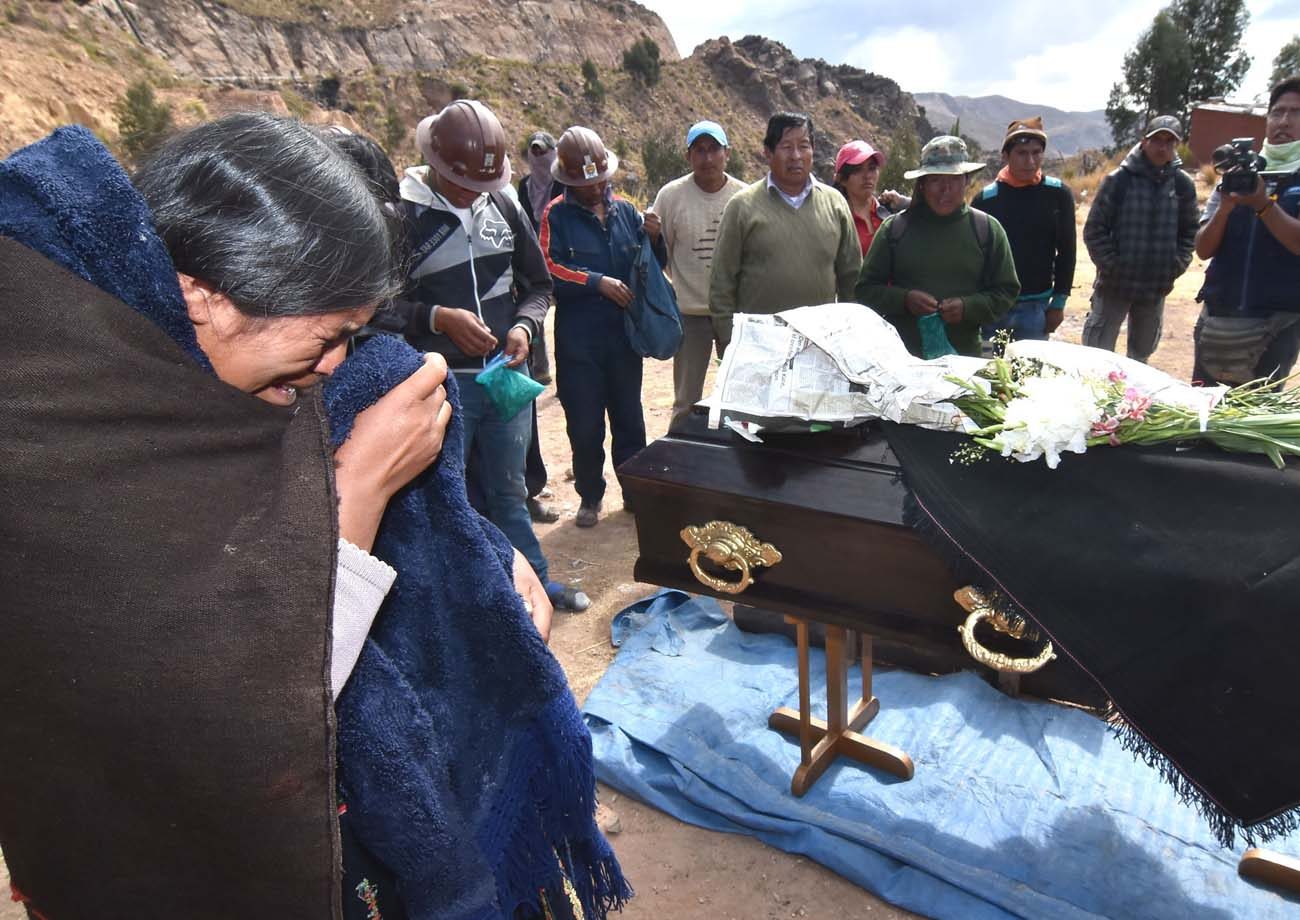 Relatives and friends of a miner mourn near his casket Aug. 25 after he was killed during clashes with police in Sayari, Bolivia. Large-scale mining and extractives operations are failing to deliver economic benefits while causing environmental damages and human suffering throughout Latin America, said a coalition of church organizations and environmental groups. (CNS photo/Jorge Abrego, EPA)

The Churches and Mining Network, which includes Catholic bishops, priests and laypeople, leaders of Christian churches and environmentalists, said in a statement that governments, church leaders and civil society organizations need to find alternatives to so-called “mega-mining” operations.

“We are aware that defending Creation, in a predatory system whose highest purpose is profit and money, is an action that involves danger and the risk of death. But we are encouraged by the Gospel of Jesus, the encyclical ‘Laudato Si’,’ and by the strength of the many communities affected by mining and other extractive industries,” the network said in the statement Sept. 4, following a meeting in Colombia.

The 2015 encyclical said demand from richer developed countries was causing harm in the global South, where the mining operations are carried out. “The export of raw materials to satisfy markets in the industrialized North has caused harm locally, as for example in mercury pollution in gold mining or sulphur dioxide pollution in copper mining,” it said.

The network’s statement, which was signed by roughly 50 members coming from at least 15 countries, comes amid heightening conflict between international mining companies and rural communities, often populated by indigenous peoples.

A report released in June by the international nongovernmental organization Global Witness found that 185 people were killed in such conflicts across the globe last year, the highest number on record. Nearly two of every three of those deaths occurred in Latin American countries, led by Brazil’s 50 killings, according to the report.

On Sept. 1, Bolivia strengthened its control over mining operations after protests turned violent, resulting in the death of four workers and the South American country’s deputy minister of the interior. Gold mining has been linked to a resurgence of malaria in Venezuela and environmental degradation of the rainforest in Peru.

“We are worried by the increase in criminalization and assassinations of those who are defending the land, like the case of our sister Berta Caceres, for whom we demand justice and call for a more just world for women, human rights activists and the victims of the extractives industry,” the network said in its statement.

Caceres, a Honduran environmental activist and indigenous rights leader who won the prestigious Goldman Environmental Prize in 2015 for her work in opposing a proposed hydroelectric dam, was shot dead in her home in March.

The Churches and Mining Network said governments have to do more to protect activists and that bishops, priests and laypeople should listen to the communities affected by mining.

“We call on the churches to take an active role in defense of our common home as this is a constitutive element of being Christian,” the statement said.

NEXT: Chinese authorities arrest Wenzhou coadjutor after death of bishop