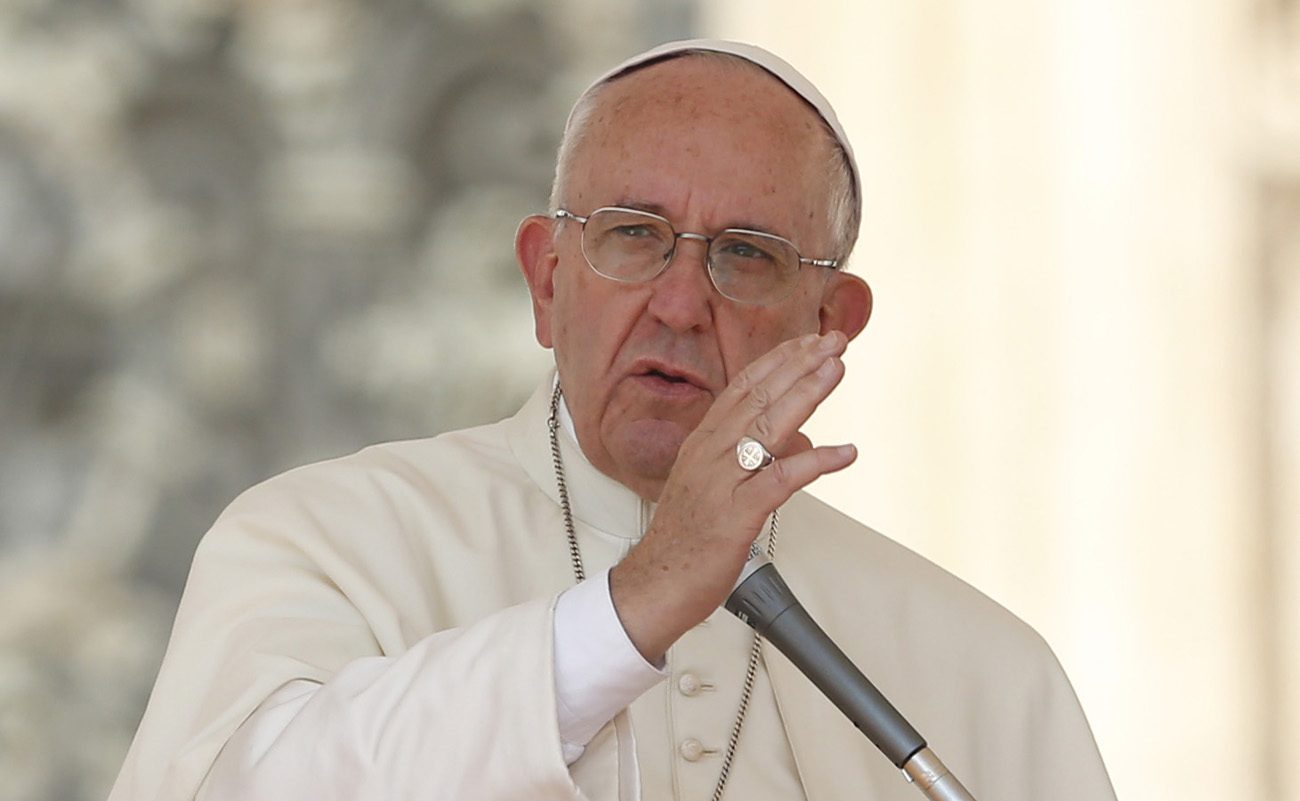 Pope Francis delivers his blessing during his general audience in St. Peter's Square at the Vatican Sept. 14. (CNS photo/Paul Haring)

VATICAN CITY (CNS) — Pope Francis has proven to be a master of metaphor and, as fall approached, he increasingly turned to the field of medicine to make his points.

Of course, probably his most famous medical metaphor is his repeated description of the church today as a “field hospital.”

In his 2013 interview with the Jesuit journal La Civilta Cattolica, he said: “I see the church as a field hospital after battle. It is useless to ask a seriously injured person if he has high cholesterol and about the level of his blood sugars! You have to heal his wounds.”

At his early morning Mass Sept. 22, he showed that while triage might be his specialty, he is familiar with a range of ailments.

Speaking about people who have done evil and know it, Pope Francis said, they live “with a constant itch, with hives that don’t leave them in peace.”

But his strongest words were about the sins of vanity and pride. “Vanity is like an osteoporosis of the soul: the bones seem good from the outside, but on the inside they are all ruined.”

The 79-year-old pope also referred to a medical ailment — “rheumatism of the soul” — during his speech Sept. 16 to new bishops, many of whom are still in their 40s and 50s.

Talking about the need for and the attractive power of mercy, Pope Francis said that when people in need sense a merciful person is passing by, they will reach out. “They are fascinated by (mercy’s) capacity to stop when so many walk on by; to kneel when a certain rheumatism of the soul keeps many from bending down; to touch wounded flesh when a preference for everything to be sterile prevails,” he said.

Another medical problem afflicting souls diagnosed by Pope Francis is “spiritual Alzheimer’s,” a condition that renders some people incapable of remembering God’s love and mercy for them; a clear sign of having the condition is being unable to show mercy to others.

When a Christian does not recognize his or her own failings, it is easy to be scandalized by God’s mercy toward other sinners, he said in a video message broadcast Aug. 27 to church leaders from North and South America meeting in Bogota, Colombia, for a continental congress for the Year of Mercy.

Being shocked, scandalized and judgmental sets in when a person suffers from “spiritual Alzheimer’s,” the pope said. The disease is obvious “when we forget how the Lord has treated us, when we begin to judge and divide people up” into “groups of good and bad, saints and sinners.”

NEXT: Sniffing out a good bishop: Improving the process is papal priority