Pope proposes care for creation as a new work of mercy 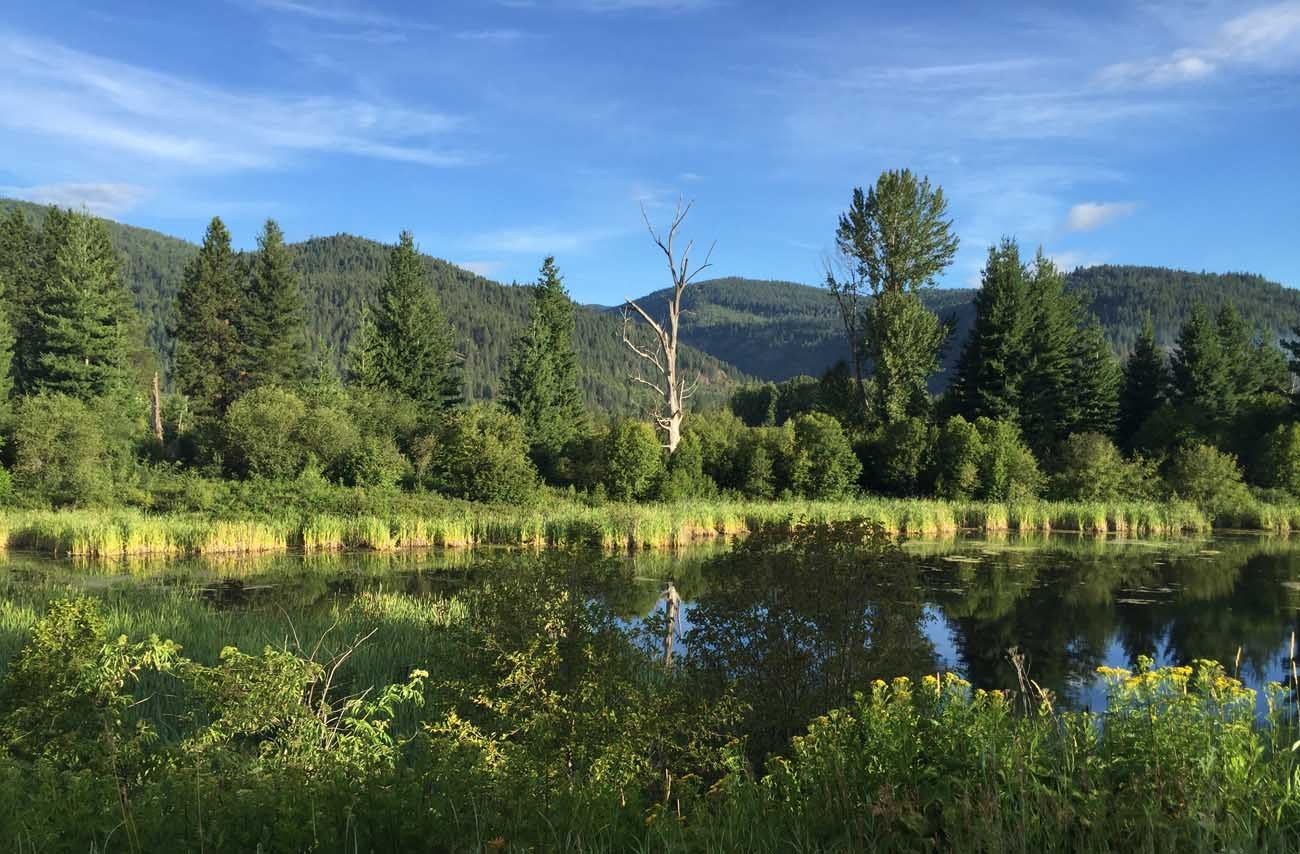 A pond and mountains are seen north of Sandpoint, Idaho, July 11. Pope Francis has proposed adding the care of creation to the traditional list of corporal and spiritual works of mercy. (CNS photo/Cindy Wooden)

VATICAN CITY (CNS) — Calling for concrete actions that benefit human life and the environment, Pope Francis proposed adding the care and protection of creation to the traditional list of corporal and spiritual works of mercy.

As a spiritual work of mercy, the pope said, care for creation requires “a grateful contemplation of God’s world,” while as a corporal work, it calls for “simple daily gestures which break with the logic of violence, exploitation and selfishness.”

The pope reflected on the need for an integral ecology in Christian life in his message for the World Day of Prayer for the Care of Creation, Sept. 1.

The message, titled “Show Mercy to our Common Home,” reflects on the day of prayer as an occasion for Christians to “reaffirm their personal vocation to be stewards of creation” and to thank God “for the wonderful handiwork which he has entrusted to our care.”

Presenting the pope’s message at a news conference Sept. 1, Cardinal Peter Turkson, president of the Pontifical Council for Justice and Peace, said the day of prayer follows the example of the Orthodox Church, which initiated the prayer day in 1989.

Pope Francis’ message, the cardinal told journalists, calls on Christians to be “honest with ourselves” and acknowledge that “when we hurt the earth, we also hurt the poor” and thus commit “a sin against creation, against the poor and against those who have not yet been born.”

“This means that we must examine our consciences and repent. I realize that this is not the way we traditionally think about sin. These are sins, Pope Francis says, that we have not hitherto acknowledged and confessed,” Cardinal Turkson said.

In his message, the pope said concern for the planet’s future unites religious leaders and organizations and draws attention to “the moral and spiritual crisis” that is at the heart of environmental problems.

“Christians or not, as people of faith and goodwill, we should be united in showing mercy to the earth as our common home and cherishing the world in which we live as a place for sharing and communion,” the pope said.

Pollution and global warming, due partly to human activity, he said, has turned the beauty of God’s creation into a “polluted wasteland” that impacts the world’s poor, who have suffered the brunt of “irresponsible and selfish behavior.”

“As an integral ecology emphasizes, human beings are deeply connected with all of creation. When we mistreat nature, we also mistreat human beings,” the pope said.

The Year of Mercy, he added, offers Christians an opportunity to experience not only an interior conversion but also an “ecological conversion,” one that recognizes “our responsibility to ourselves, our neighbors, creation and the Creator.”

The first step on the path of conversion is to reflect on the harm done to creation by lifestyles inspired by “a distorted culture of prosperity,” which brings about a “disordered desire to consume more than what is really necessary,” he said.

Ecological conversion, the pope said, requires a serious examination of conscience, recognizing one’s sins “against the Creator, against creation and against our brothers and sisters,” and sincere repentance.

Sincere conversion and repentance are shown by a firm resolve to change course and bring about concrete actions that respect creation, such as energy conservation, recycling and caring concern for others.

“We must not think that these efforts are too small to improve our world. They call for a goodness which, albeit unseen, inevitably tends to spread and encourage a prophetic and contemplative lifestyle,” he wrote.

A change of course also requires governments to take steps to protect the environment. While praising the adoption of the 2015 Sustainable Development Goals, Pope Francis called on world leaders to honor their commitments in halting the rise of global temperatures and on citizens to hold them accountable and “advocate for even more ambitious goals.”

Pope Francis said that adding care for creation to the corporal and spiritual works of mercy acknowledges human life and everything that surrounds it as “an object of mercy.”

“In our rapidly changing and increasingly globalized world, many new forms of poverty are appearing,” Pope Francis said. “In response to them, we need to be creative in developing new and practical forms of charitable outreach as concrete expressions of the way of mercy.”