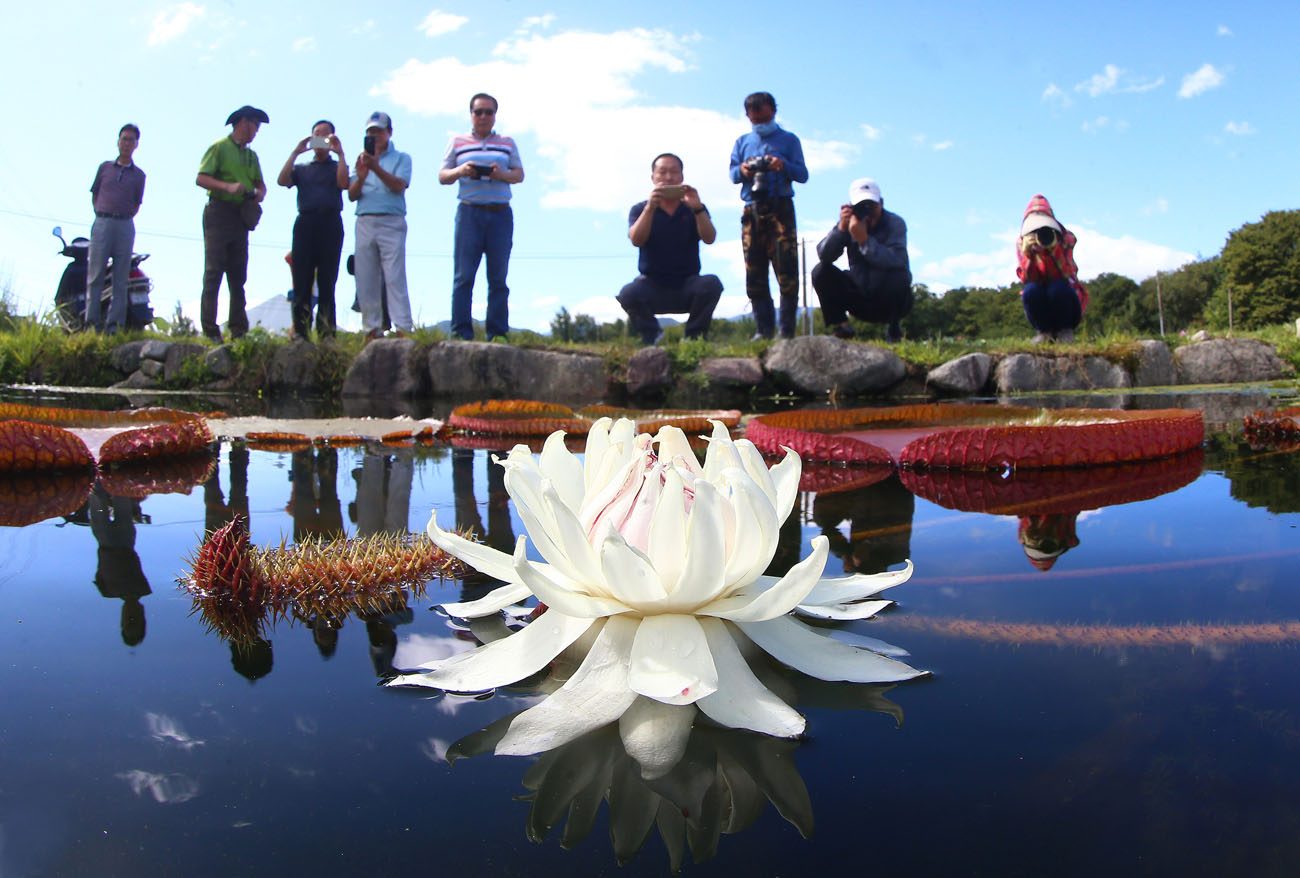 Tourists take pictures of a lotus flower in Hamyang, South Korea, Aug. 29, 2016. Together with the head of the Orthodox Church, Pope Francis urged people to be respectful and responsible toward creation while being aware of how disrupted ecosystems impact the poor. (CNS photo/YONHAP via EPA)

VATICAN CITY (CNS) — Religions can play an important role in protecting the environment and defending human rights in their countries, their communities and their schools, Pope Francis said.

“I believe we are still at a nursery-school level in this. That is, in incorporating responsibility not only as a subject, but as (a matter of) conscience as part of holistic education,” the pope said Sept. 8 during an audience with participants of a Latin American conference on the care for creation.

In his address, the pope welcomed the participants and thanked them for taking on the challenges set forth in his encyclical on the environment, “Laudato Si’.”

“We cannot help but admire the beauty and harmony that exists in all of creation; that is the gift that God gives us so that we may find him and contemplate him through his work,” he said.

Interreligious dialogue and cooperation, he said, are crucial in promoting a “culture of encounter” and must be done with mutual respect.

“I remember in my city, when I was a boy, a priest would ask us to burn down the tents of the evangelicals. Thank God we have overcome this,” the pope said. “If mutual respect does not exist, interreligious dialogue does not exist. It is the foundation in order to walk together and face challenges.”

The world, he continued, is looking at religious believers to see their reaction to protecting the environment and human rights. Members of different religious communities must work alongside nonbelievers so “that we may give effective responses to the many plagues in our world.”

Religious communities also must stand together in condemning acts of violence and terrorism in the name of God. These actions, he said, have caused “religions to be pointed to as the ones responsible for the evil that surrounds us.”

“We need to show the positive values inherent in our religious traditions to achieve a solid contribution of hope,” he said.

Pope Francis told the conference participants that the emphasis on God’s mercy and love during the Holy Year is an opportunity for Christians and non-Christian believers to go out in search of those who suffer.

It is also an occasion to fight for creation, he said, so that it may be a home “where everyone has a place and nobody is excluded or eliminated.”