VATICAN CITY (CNS) — Though it has no juridical power, Pope Francis’ committee on protecting children has discovered it has consultative punch.

Members of the Pontifical Commission for the Protection of Minors have now become the go-to team for educating bishops, Vatican diplomats in training and Curia staffers, religious orders and local churches about safeguarding children, adolescents and vulnerable adults and protecting them against sexual abuse.

More than two years after Pope Francis established this advisory body and 16 months after its statutes were approved, “the openness is finally there” to tap into the papal think tank and take advantage of its expertise, said Jesuit Father Hans Zollner, a commission member, psychologist and president of the Center for Child Protection at Rome’s Pontifical Gregorian University.

“The interest in doing something is growing fast,” he told Catholic News Service. The commission’s experts — including an abuse survivor — have been called on to speak all over the world and, this year, at the Vatican as well. They have addressed staff at the offices overseeing clergy, bishops, religious and future papal diplomats, providing them with a priority list of what to do.

In its relatively short existence, the commission’s call for greater accountability of church leaders recently was addressed with the establishment of a panel of legal experts to advise the pope on removing a religious superior or bishop from office for failing to protect minors and vulnerable adults from sex abuse. 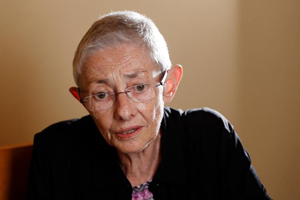 Holding leaders accountable for negligence is “critical to the whole picture” of child protection, said Krysten Winter-Green, a commission member and expert in theology, social work and pastoral psychology.

This month, the pope approved another commission proposal — a day of prayer for abuse survivors. And the pope soon should receive from the commission its “template” highlighting best practices in preventing and responding to abuse allegations.

While the recommendations are meant “to be an inspiration for bishops, religious orders and others who haven’t developed policies broadly or in-depth” enough when it comes to abuse prevention and response, Father Zollner said, the pope could turn the ideas into actionable measures.

“Though we have no say juridically” over church leaders and entities, he said, “when the Holy Father sees the template, he can invite dicasteries and conferences of bishops and religious to consider it and to act accordingly.”

Though the recommendations are highly detailed, “they have to be culturally sensitive” and take into account the perceptions and practices of local communities and institutions, Winter-Green and other members told CNS at the end of their Sept. 5-11 plenary at the Vatican. “What you can suggest to an Anglo-Saxon audience isn’t necessarily going to work in Zambia or other parts of the world,” she said. 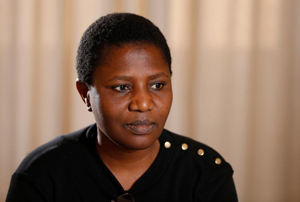 As a result, their work involves on-site visits to local churches not just to provide information and resources, but to facilitate dialogue about acceptable standards, Zambian Sister Kayula Lesa said.

For example, she said, communities need to consider the age at which a local community considers someone no longer to be a child. The United Nations defines a child as being under 18 years of age, but a number of other cultures may consider someone over 15 or 16 as being mature and able to give consent, which is reflected in varying minimum legal ages for marriage.

When they engage local Christian communities to discuss expected standards they may also bring in medical practitioners for added input, said Sister Lesa, a member of the Religious Sisters of Charity who works in anti-trafficking and human rights initiatives.

She said they’ve taken a multitiered approach, working with bishops’ conferences, child protection officers and the church’s grass-roots levels, including Catholic schools. Child protection policies for Catholic schools, which number about 200,000 in the world, will be the focus of the commission’s next plenary assembly, which is scheduled for March 2017.

While leadership support, especially in the higher echelons, remains critical, members said everyone is responsible for protecting children. 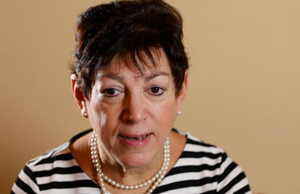 The key to motivating people to implement needed measures and to prevent abuse in the first place is to recognize the sanctity of human life, said Teresa Kettelkamp, who was appointed to the commission’s permanent Rome staff in January.

When “the sanctity of life is non-negotiable, then the protection of all people, but in this case the most vulnerable, is everybody’s job,” said Kettelkamp, who was executive director of the Secretariat of Child and Youth Protection at the U.S. Conference of Catholic Bishops from 2005 to 2011.

“God is watching,” she said. “He is going to hold all of us responsible to use our gifts in such a way to make sure the sanctity of life and the protection of children is as strong as it can be.”

NEXT: Orphaned world can find a mother in Mary, pope says