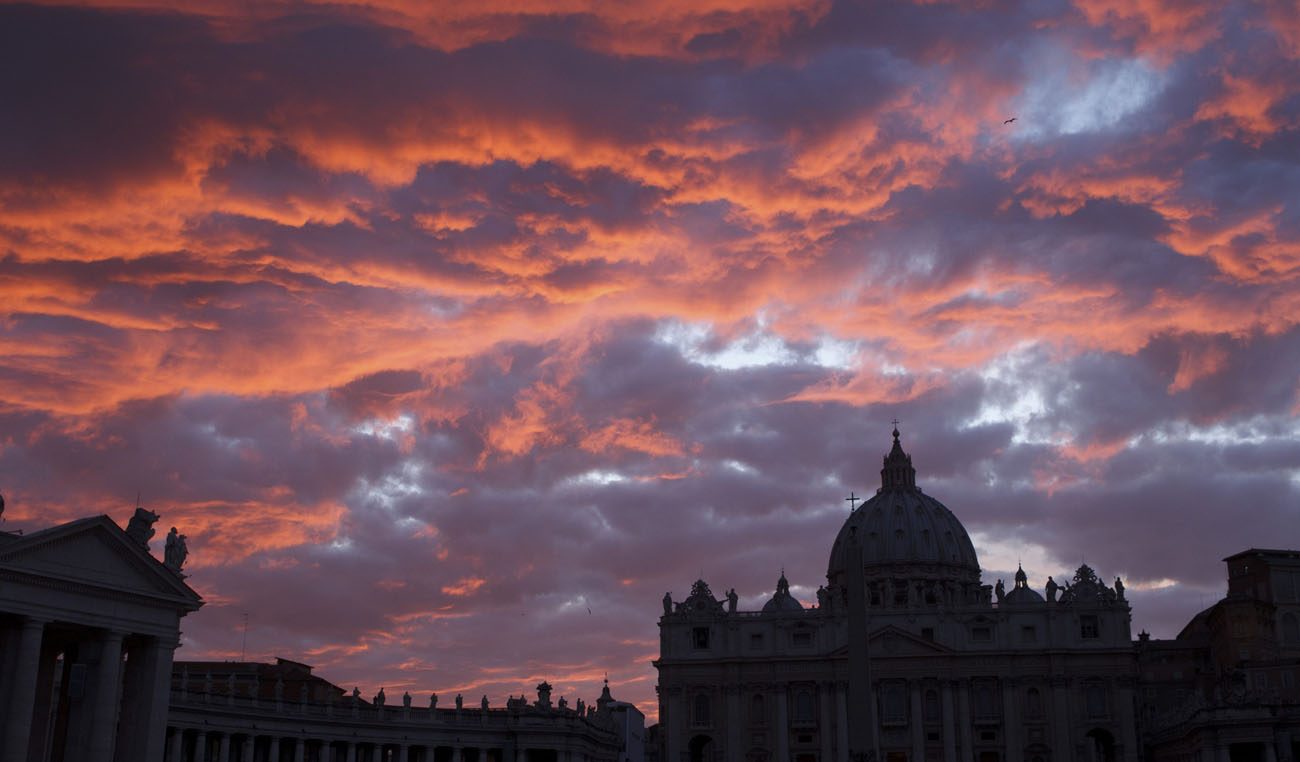 St. Peter's Basilica is seen during sunset in Rome in this Oct. 20, 2011, file photo. Pope Francis has approved revised norms for the Congregation for Saints' Causes regarding medical consultations on healings alleged to be miracles. (CNS photo/Paul Haring)

VATICAN CITY (CNS) — In an effort to ensure transparency as well as historical and scientific accuracy, Pope Francis has approved revised norms for the Congregation for Saints’ Causes regarding medical consultations on healings alleged to be miracles.

Among the regulations published by the Vatican Sept. 23 was the requirement that the medical panel have a quorum of six experts and that a two-thirds majority is needed to approve a statement declaring a healing has no natural or scientific explanation.

Previously, the declaration — a key step in a pope’s recognition of a miracle attributed to the intercession of a candidate for sainthood — required the approval of a simple majority of the consultation team members present.

“The purpose of the regulation is for the good of the (saints’) causes, which can never be separated from the historical and scientific truth of the alleged miracles,” Archbishop Marcello Bartolucci, secretary of the congregation, said in a Sept. 23 statement.

Archbishop Bartolucci presided over a seven-member commission that began revising the regulations in September 2015 to update the norms established by St. John Paul II in 1983. Except in the case of martyrs, in general two miracles are needed for a person to be declared a saint — one for beatification and the second for canonization.

The new regulations, which were approved with the pope’s mandate Aug. 24 by Cardinal Pietro Parolin, Vatican secretary of state, also state that an alleged miracle “cannot be re-examined more than three times.”

For each alleged miracle, the Medical Consultation team is comprised of a maximum of seven experts; when the promoter of a cause appeals a negative judgment, a new team of physicians and medical experts must be appointed, the new norms say. The members of each consultation will remain unknown to the postulator, as the promotor of the specific cause called.

A presumed miracle is first reviewed by two medical experts within the congregation, and with their recommendation is then sent to the Medical Consultation team.

While the medical experts receive compensation for their work, the new regulations state that they will only be paid through wire transfer. Prior to the approval of the new norms, experts were given the option to receive cash payments for their work.

Archbishop Bartolucci said the regulations will further ensure that the consultations will be carried out with “serenity, objectivity and complete security” by the medical experts.

“This regulation obviously concerns only the proper functioning of the Medical Consultation, whose task is always more delicate, demanding and, thank God, appreciated inside and outside the church,” he said.