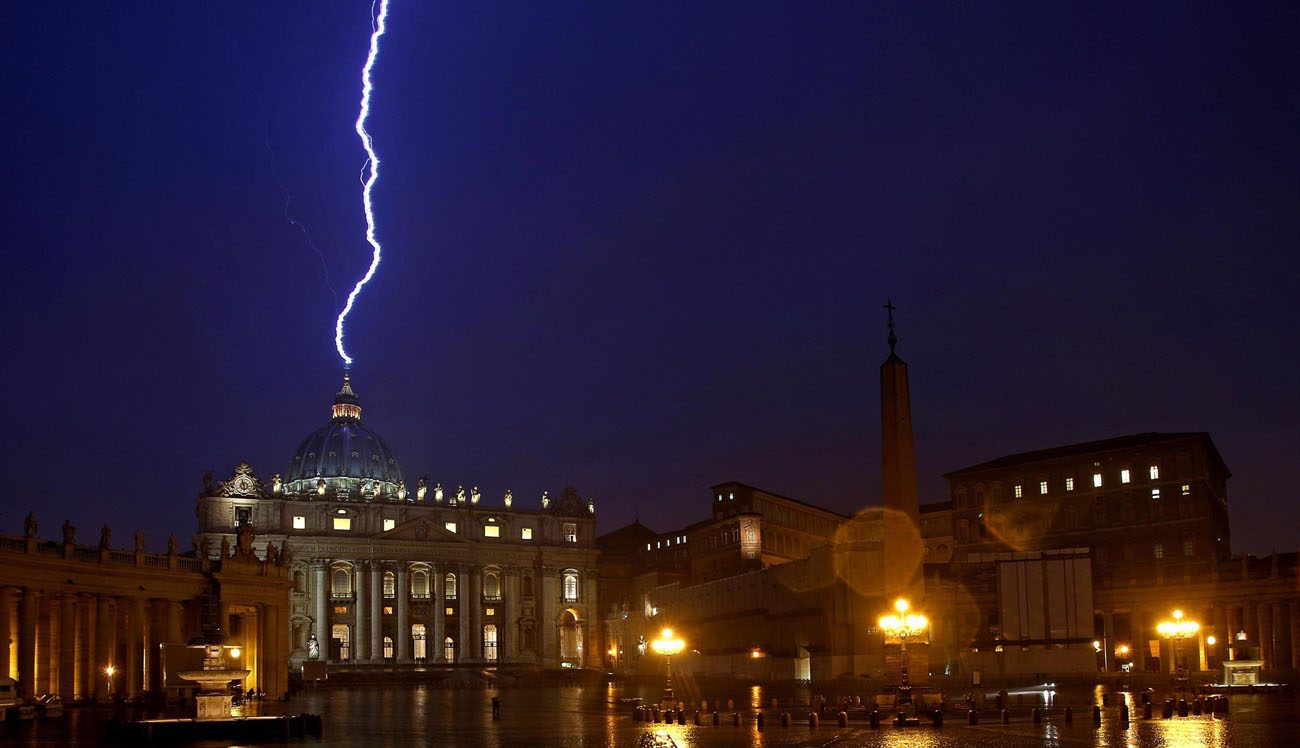 Lighting strikes the dome of St. Peter's Basilica in this Feb. 11, 2013 file photo. The Holy See has adhered to the U.N. Convention Against Corruption, an international treaty focused on preventing, outlawing and prosecuting corruption within nations and internationally. (CNS photo/Alessandro Di Meo, EPA)

VATICAN CITY (CNS) — The Holy See has adhered to the U.N. Convention Against Corruption, an international treaty focused on preventing, outlawing and prosecuting corruption within nations and internationally.

Archbishop Paul Gallagher, the Vatican’s foreign minister, wrote in the Vatican newspaper that adopting the international agreement is a recognition that Pope Francis’ constant condemnations of corruption and the damage it causes applies “not only to civil society and state governments, but also to the church and Roman Curia.”

However, he wrote, “the principal dispositions” of the U.N. agreement already are part of Vatican law thanks to legislation enacted since 2010 by both retired Pope Benedict XVI and Pope Francis, particularly regarding financial transparency and the adoption of measures to prevent money laundering.

The international agreement, known as the Merida Convention, was adopted in 2005 to help countries prevent and punish corruption in both the public and private sector. The convention obliges signatory nations to promote efficiency and transparency in the public-service sector and recruitment of civil servants based on merit. It includes requirements for financial disclosures on the part of public officials.

The agreement’s definition of corruption goes beyond bribery and the embezzlement of public funds to include trading in influence and the concealment and laundering of the proceeds of corruption. It includes provisions for international cooperation in fighting corruption and prosecuting the corrupt as well as the recovery of assets.

PREVIOUS: Pretending to be a saint sickens, corrupts the soul, pope says