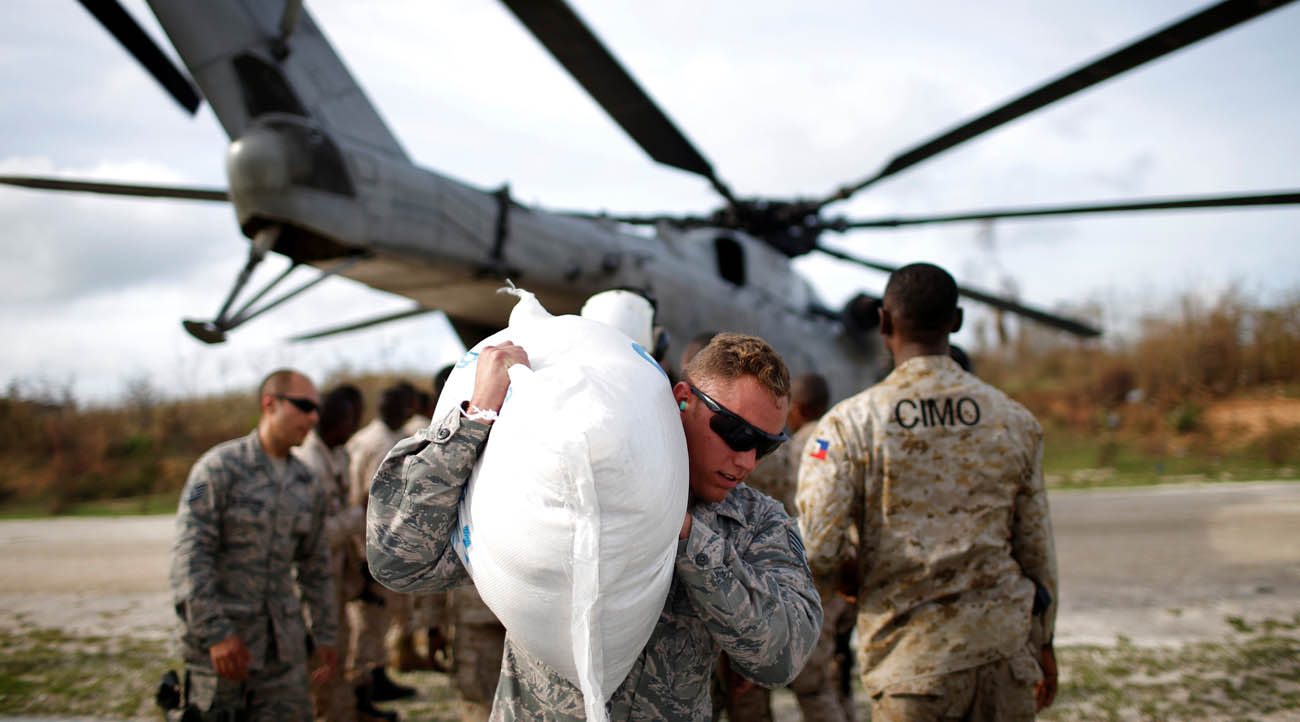 WASHINGTON (CNS) — Emergency aid slowly began to reach some of the thousands of Haitians displaced by Hurricane Matthew in the country’s picturesque southwest as reports of casualties slowly trickled in from communities cut off by the storm.

However, Haiti’s Civil Protection Agency reported that 336 people had died. The agency’s accounting of casualties is lower because of a policy that requires emergency workers visit each village to confirm the number of casualties.

Health care workers were becoming increasingly concerned Oct. 9 that cholera would explode throughout the worst hit areas of Grand’Anse and South departments because of a lack of water and sanitation. The water-borne disease was introduced into Haiti in 2010 by U.N. peacekeeping troops. More than 800,000 cases and nearly 10,000 deaths have been attributed to the disease since then by Haiti’s Department of Public Health and Population.

Reports of damage and casualties in Cuba and other nations affected by the storm were sporadic. In Cuba, the entire eastern tip of the island, from Baracoa to Punta de Maisi, was cut off from neighboring Guantanamo, said Father Jose Espino, pastor of San Lazaro Church in Hialeah, Florida, and the archdiocese’s liaison to Caritas Cuba.

In Haiti, emergency supplies that had been stored in warehouses before the storm were being distributed to people whose homes were turned into matchsticks by Matthew, said Chris Bessey, Haiti country director for Catholic Relief Services.

CRS staff flew into Les Cayes, a city of 71,000 on the southwest coast. Bessey said thousands of people remained in shelters in the city.

“I don’t know if that is decreasing. I imagine that won’t decrease all that quickly because more than 80 percent of the houses were damaged or destroyed,” he said.

Bessey expressed concern for outlying coastal communities on the far end of Haiti’s southern peninsula, which took the brunt of Matthew’s assault and have been cut off from communications.

“Time is of the essence and we want to keep going,” Bessey told Catholic News Service from Port-au-Prince, Haiti’s capital.

In a telegram to Haitian Cardinal Chibly Langlois of Les Cayes, president of the Haitian bishops’ conference, Cardinal Pietro Parolin, Vatican secretary of state, said Pope Francis wanted the people of Haiti to know how sad he was to hear of the death and destruction brought by Hurricane Matthew.

Pope Francis offered condolences to “all those who lost a loved one” and assured “the injured and all those who have lost their homes and belongings” that he was close to them through prayer. “Welcoming and encouraging solidarity in facing the country’s latest trial, the Holy Father entrusts all Haitians to the maternal protection of Our Lady of Perpetual Help,” said the telegram, released Oct. 7 by the Vatican.

The U.S. bishops’ overseas relief and development agency planned to send additional staff and vehicles into the region. Among the areas CRS was attempting to reach was Jeremie, a town northwest of Les Cayes. Initial reports said that little was left standing after the storm passed.

Meanwhile, CRS on Oct. 7 committed $5 million as an initial contribution to help Haiti and other Caribbean nations to recover from the storm, the strongest to hit the region in a decade.

“Haiti in particular has once again been struck by tragedy,” Sean Callahan, chief operating officer of CRS, said in a statement announcing the aid package. “This commitment shows that we will continue to stand with its people, offering our hand in friendship to help and support them in this time of dire need.”

Bessey said food, water and hygiene and kitchen kits stored in a warehouse in Les Cayes were undamaged when Matthew’s fierce winds tore part of a roof off the facility. Workers planned to complete repairs Oct. 7 so that the facility could be fully operational again, he said.

Father Espino told the Florida Catholic, newspaper of the Archdiocese of Miami, Oct. 7 that in Cuba, a bridge and two main roads leading into Baracoa collapsed or buckled because of flooding and mudslides. He said it took Bishop Wilfredo Pino Estevez of Guantanamo-Baracoa 16 hours to make the trek from Guantanamo to Baracoa, a trip that normally takes about two hours.

Even then, the damage in coastal areas, such as Maisi, could only be assessed by helicopter, Father Espino said. About 90 percent of the dwellings in Baracoa have been destroyed although no deaths had been reported as of Oct. 7.

Contributing to this report were Cindy Wooden in Rome and Ana Rodriguez-Soto in Miami.