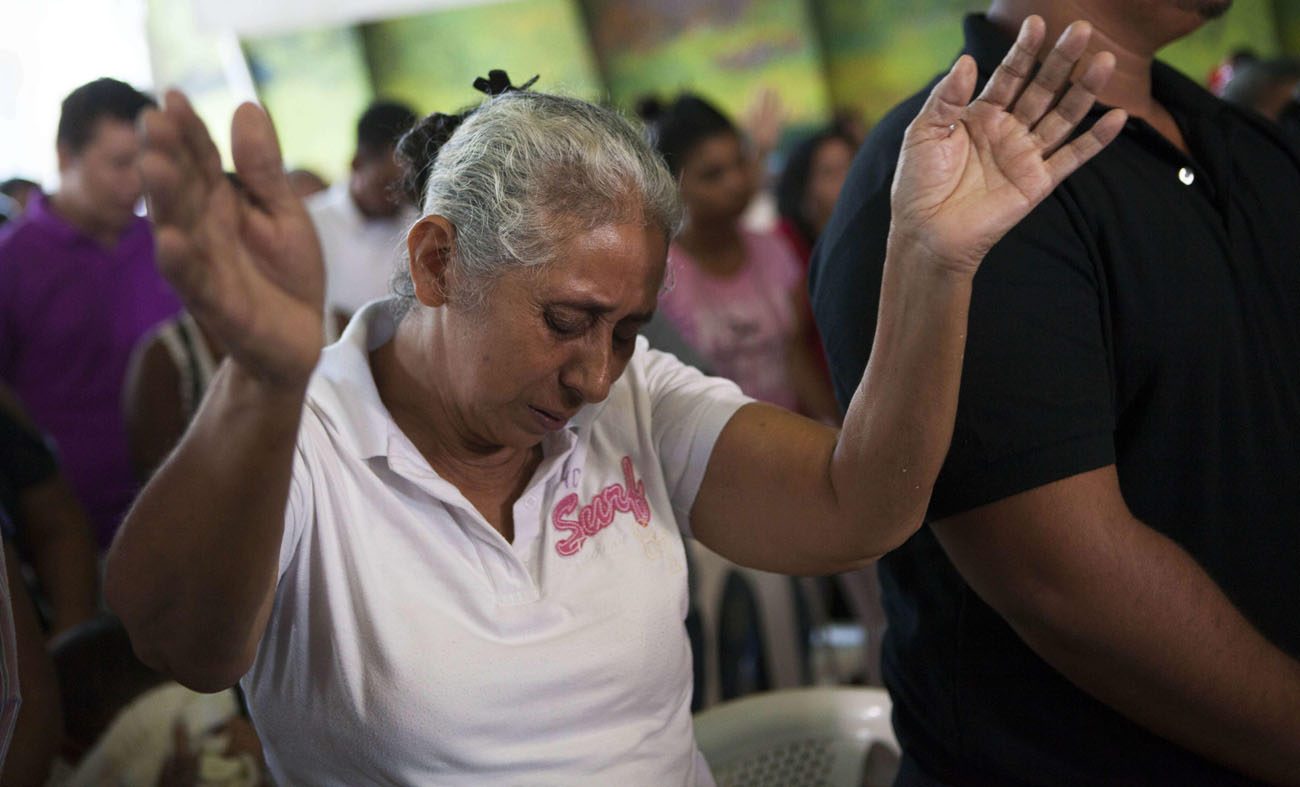 Lidia Tercero, whose son is on death row in Huntsville, Texas, prays during Mass in Managua, Nicaragua, in 2015 after her son, Bernardo, received a stay of execution. He was convicted of murdering a high school teacher while robbing a dry cleaning store in 1997. The Catholic bishops of Texas Oct. 10 called for the abolition of the death penalty.(CNS photo/Mario Lopez, EPA)

AUSTIN, Texas (CNS) — The Catholic bishops of Texas Oct. 10 called for the abolition of the death penalty, denouncing its effects not only on victims and others immediately affected, but also on society.

“Capital punishment vitiates our hearts’ capacity for mercy and love,” the bishops said in a statement released by the Texas Catholic Conference in Austin. “The death penalty not only does not correspond to the common good, it actually does great harm to it.”

The statement, released on the World Day Against the Death Penalty, comes at a time when support of the death penalty among Americans — including Texans — is declining.

In Texas in 2015, 56 percent of people surveyed said they supported the death penalty for convicted murderers, down from 75 percent in 1993.

The bishops’ statement also served as their annual address to Texas Catholics during Respect Life Month, observed by the U.S. Catholic Church every October.

The month offers Catholics an opportunity to “reflect on the precious gift of life and recommit ourselves to working toward a culture that truly welcomes and protects human life in our society,” the Texas bishops wrote.

“This year we bishops draw particular attention to our consistent call for the abolition of the death penalty in Texas, as we recognize this is undeniably a pro-life issue,” they said.

In their statement, the bishops cited several ways they said carrying out the death penalty inflicts harm:

— Capital punishment “is used disproportionately on the poor, minorities and people with mental disabilities.

— Costs involved in capital punishment cases “are three times” that of cases in which the convicted are sentenced to life imprisonment.

— The “finality of death” does not allow for rehabilitation of prisoners, nor does it provide “consolation for victims’ families.”

— Studies have shown that states have executed innocent people and that crime rates are not affected by a state’s use of the death penalty.

“The death penalty negatively influences our children’s moral formation and our culture as it fails to allow for mercy and redemption,” the bishops said.

A news release said the Texas Catholic Conference, which is the bishops’ public policy arm, will be working in the upcoming session of the Texas Legislature to improve the rights of jurors serving in death penalty sentencing cases.

According to Jennifer Carr Allmon, the conference’s executive director, Texas law “is intentionally misleading as it requires judges and attorneys to lie to jurors about the level of unanimity required for a death sentence.”

“While we will continue our efforts to end the use of the death penalty in Texas, this legislation will at least improve the fairness of the current system,” she said in a statement.

Fewer Texas juries are giving death sentences than at any time in the past two decades, the Catholic conference said. Texas’ highest court for criminal cases — the Texas Court of Criminal Appeals — has granted a high number of reprieves over the past two years, it said, because of concerns “about the fairness and accuracy of death penalty convictions.”

Texas has the highest rate of executions of any state. This year, the state will carry out its lowest number of executions since 1996.

PREVIOUS: Aid slowly makes its way to thousands of Haitians displaced by hurricane