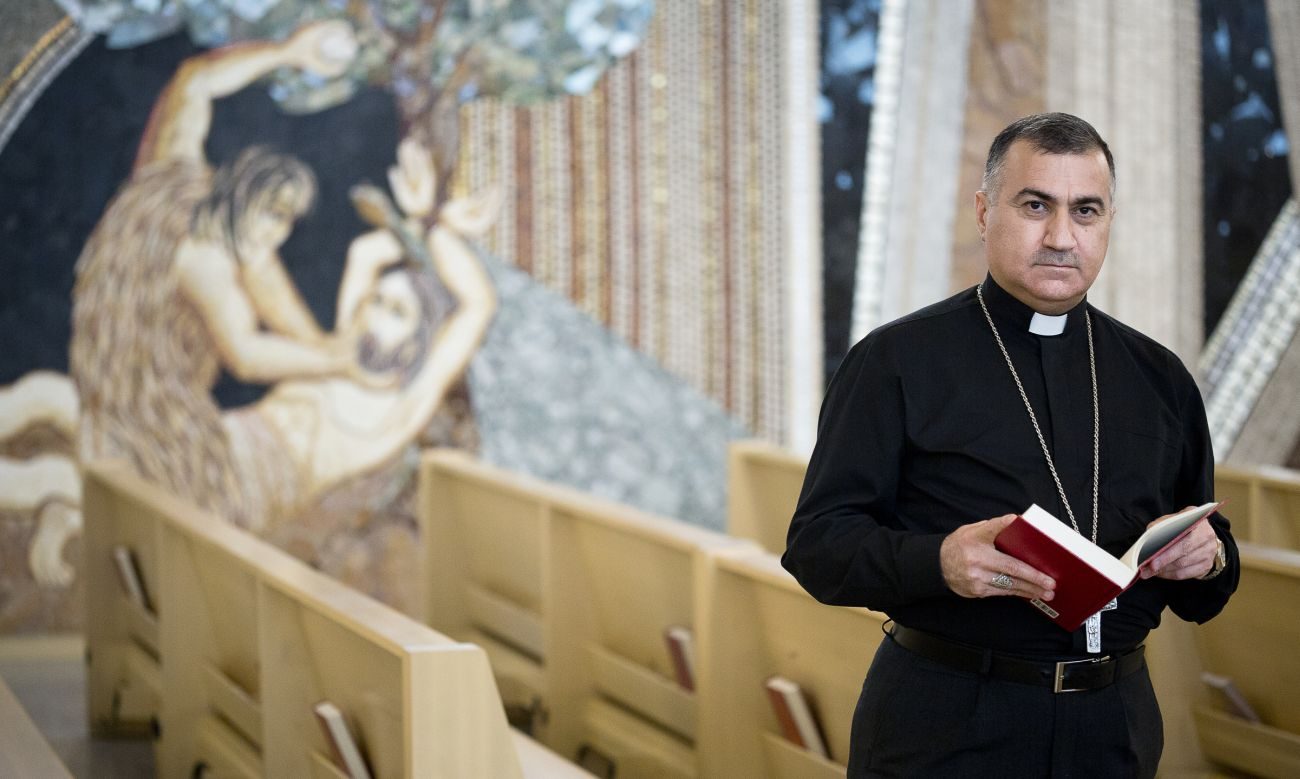 WASHINGTON (CNS) — The military operation to liberate the Iraqi city of Mosul from the Islamic State group is not the only solution needed to get life back to normal, said Iraqi Archbishop Bashar Warda of Irbil.

The Chaldean Catholic archbishop, who has called for such intervention in the past, said the solution was a package. People must “think again about the education, about the curriculum, about all the violent acts that happened during the last years.”

“Where is the possibility of creating, of building bridges of reconciliation among the divided community?” he asked.

Archbishop Warda spoke to Catholic News Service Oct. 20, the fourth day of the U.S.-backed operation in which Iraqi and Kurdish forces fought to free Mosul, Iraq’s second-largest city, from Islamic State. He said troops would not find any Christians in and around Mosul, because they fled in 2014, when Islamic State militants gave them a choice to convert to Islam, pay the Islamic jizya tax, or be killed.

Many of those Christians fled to Irbil, where the church has been caring for them. Just within the city, the Irbil Archdiocese is providing housing to more than 10,000 internally displaced families, but many more live in trailers or open buildings.

Church people work “to provide the necessary needs: shelter, education, health, food packages, and be with them, and try to comfort them in their material needs and their spiritual and pastoral needs,” the archbishop said. The people need “social intervention and political intervention, economic intervention and, most importantly, how we are going to reconcile all those divided groups which will remain, and they’ve been called to live together?”

The Christians from the region are the original owners of the land, he said. Many have said their neighbors turned against them as Islamic State approached.

“We have lived with Islam for 1,400 years. There was a trust in us, and we have to build on this trust — initiatives for the peaceful future,” he told CNS. “We need the outside world to help us” start such initiatives, but they must come from within, because people are suspicious of outsiders.

Archbishop Warda spoke of celebrating Mass with the displaced, calling it “Eucharist in the fullest sense.”

“Everyone has given something valuable and painful to remain Christian,” he said.

Celebrating Mass is “different because you are with a suffering people, with persecuted people who made the right choice — Christ — so here we have a church which is alive. Yes, there are faces tired of what’s happening, being persecuted, but every response you get from the community during Mass is full of faith. And you could sense that they made the right choice, to stay Christians and to suffer for their faith,” he said. It adds “a special joy for the Mass.”

Archbishop Warda, who often visits Iraqis in the United States, said church leaders in his country are asking the U.S. government “to play a role in protecting the minorities, because we’ve seen that, due to this American intervention in 2003, they have a moral responsibility, really, to finish the whole job in a decent and a dignified way. Minorities have suffered a lot because of all this intervention. I’m not blaming (the U.S.) directly, but … they are responsible, morally responsible for what happened.”

He also thanked American Catholics for their prayers and material help during the crisis, noting that it “made a difference in the life of brothers and sisters in Iraq.” He asked for their continued support and for them to be a voice for Christians in the Middle East.

NEXT: For expectant parents, miscarriage can be ‘loss of a dream’