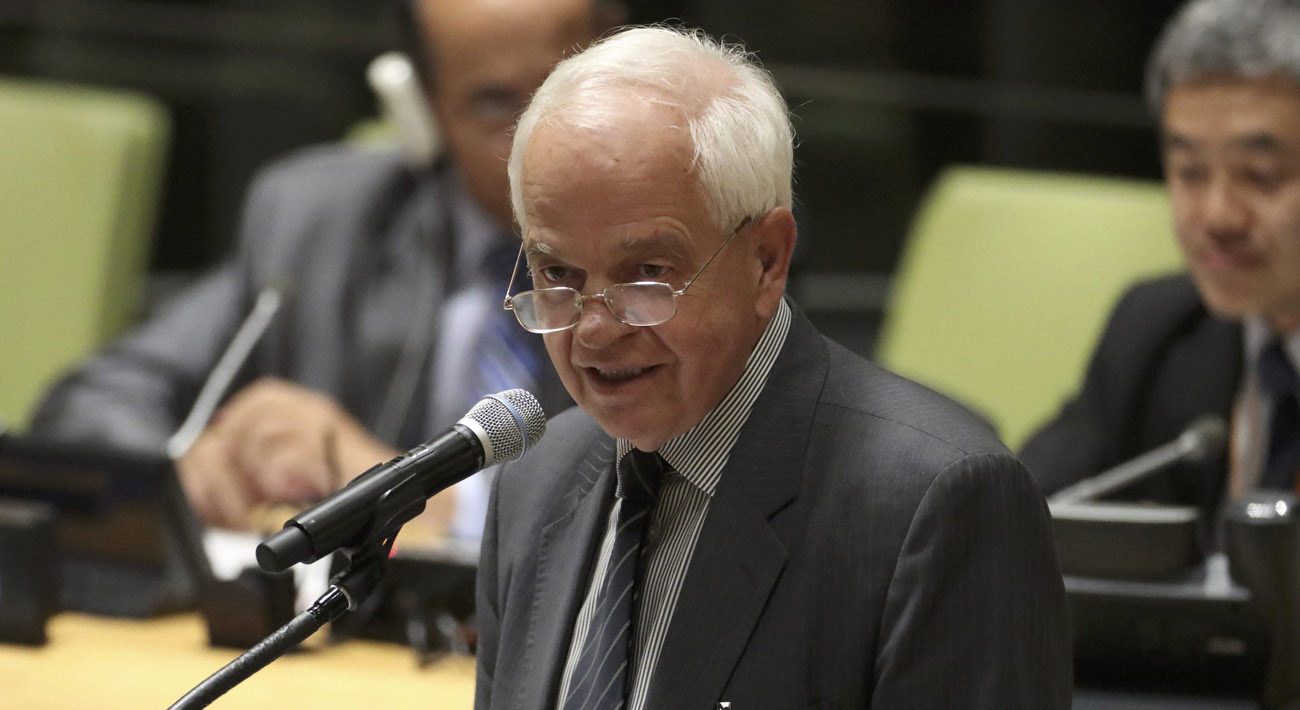 OTTAWA, Ontario (CNS) — The president of the Canadian bishops’ conference has written a frank letter to the federal immigration minister urging immediate government action to unclog delays in processing refugee applicants to preserve confidence in the refugee sponsorship program.

Bishop Douglas Crosby, president of the Canadian Conference of Catholic Bishops, wrote Immigration Minister John McCallum to say many sponsoring groups have become frustrated due to long wait times and money spent on refugee families that have yet to arrive.

“Needless to say, delayed arrivals and the lack of clear and transparent communication about the status of pending cases poses the risk of undermining the faith of Canadians in the government’s ability to follow through on its promises,” Bishop Crosby wrote in a letter dated Oct. 6.

Bishop Crosby said Canadians responded generously in late 2015 and early 2016 when the government promised “arrival timelines of less than two months.” This led to sponsoring groups signing leases and renting properties, as they expected arrivals to be imminent.

Long processing delays have meant “significant financial losses for sponsoring groups” and the longer they go on, the more they “undermine the prospect that sufficient resources will be in place once the sponsorship period actually begins, post-arrival,” the bishop wrote. “Needless to say, there has arisen a significant level of anxiety and concern within sponsoring groups, especially those with finite sponsorship resources at their disposal.”

According to Immigration, Refugees and Citizenship Canada’s website, Canada has accepted more than 32,000 Syrian refugees since last November. Of that number, private sponsors have received just over 12,000.

The government is currently screening and processing another 21,900 refugees in all categories, including government sponsorships. More than 3,200 refugees have been approved but have not yet traveled to Canada.

A spokeswoman for Immigration, Refugees and Citizenship Canada said that for the government to meet its objective of bringing 25,000 Syrian refugees to Canada by the end of February 2016, “additional resources and special measures were temporarily put in place.”

“This effort was an exceptional and time-limited situation, which required extraordinary measures in order to resettle 25,000 Syrian refugees in roughly 100 days,” said Lindsay Wemp in an email.

Since this blitz period, sponsorship applications continued to be processed, and applications submitted up to March 31 should be finalized by the end of this year or early 2017, she said.

Bishop Crosby urged immediate steps to process pending cases as “quickly as possible.” Ongoing delays, he wrote, “represent potential to undermine the government’s ability to meet future immigration levels plans, as interest and confidence in the sponsorship program will continue to dissolve and wane as poor outcomes continue.”

He also asked the minister to expedite all refugee applications, not only those from Syria.

“It is neither reasonable nor fair for an Afghan family in Pakistan to wait 75 months, or for an Eritrean refugee in Egypt to wait 55 months, to have their sponsorship applications processed to completion: This is both cruel and counterintuitive to the nature of a life-saving program,” he wrote.