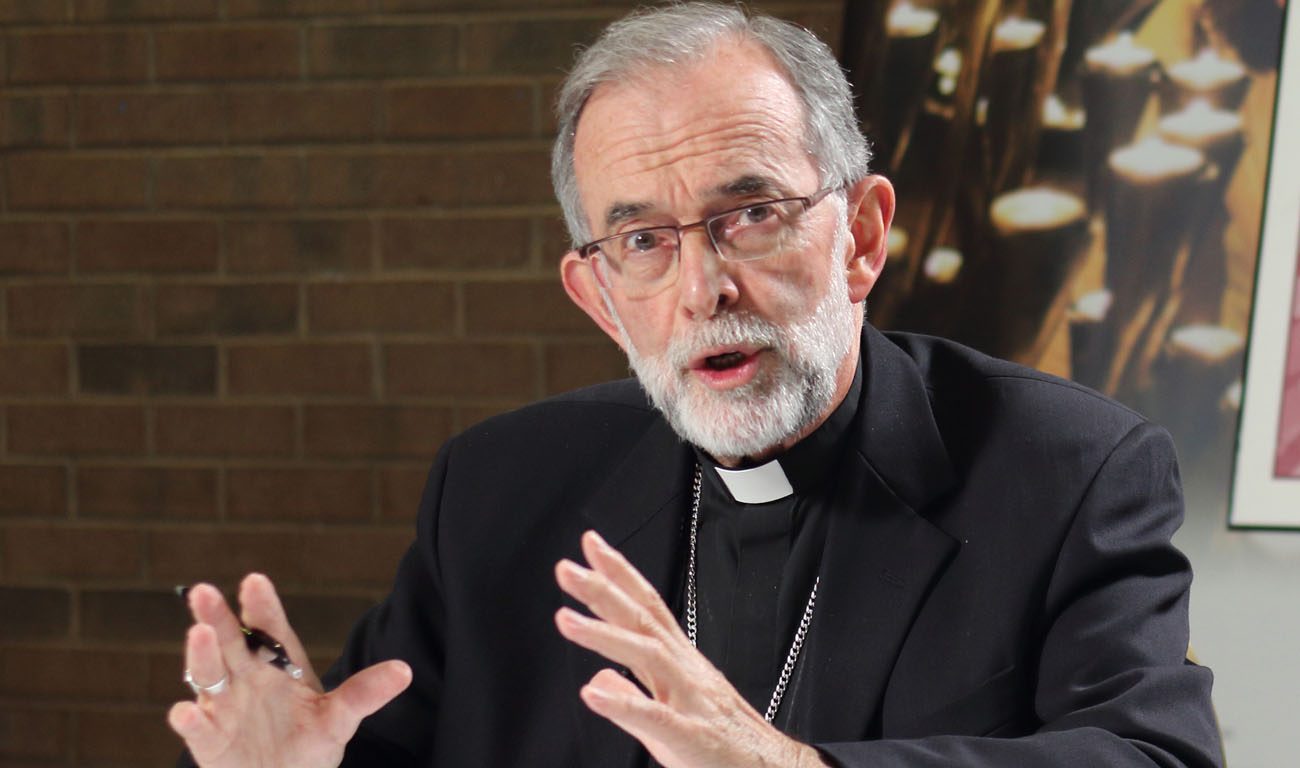 Bishop Lionel Gendron, vice president of the Canadian Conference of Catholic Bishops, speaks during the CCCB's general meeting Sept. 26 in Cornwall, Ontario. The CCCB announced Oct. 12 that it will no longer be a member of KAIROS, a Canadian-based ecumenical social justice coalition. (CNS photo/Francois Gloutnay, Presence)

MONTREAL (CNS) — The Canadian Conference of Catholic Bishops announced it will no longer be a member of KAIROS, a Canadian-based ecumenical social justice coalition.

In a short statement, the conference expressed concerns about the way KAIROS is structured. “While this is a valid way of operating, it is nevertheless incongruent with the type of oversight and consultation required by Catholic bishops engaged in a given ecumenical venture.”

The bishops’ statement was released Oct. 12, after private discussion at their recent plenary assembly. The statement said KAIROS was informed of the decision Oct. 7.

Since its inception in 2001, KAIROS has invited its members to work and speak together on issues related to social justice, ecology, human rights, and peace activism. The CCCB was one of the founding members of Kairos.

Two Catholic groups — Development and Peace and the Canadian Religious Conference, representing male and female Catholic religious orders — remain a part of KAIROS. Among other members are the Anglican Church, the Presbyterian Church and the United Church of Canada.

The bishops’ decision to sever its association with KAIROS “shouldn’t be a surprise, neither for KAIROS, nor for our ecumenical partners,” said Bishop Lionel Gendron of Saint-Jean-Longueuil Quebec, vice president of the CCCB.

“I’ve been a member of the CCCB’s Executive Committee for five years. And year after year, that question (leaving or remaining a member of KAIROS) has always been at the forefront of our discussions, for different reasons,” said Bishop Gendron. “The decision to leave wasn’t taken lightly.”

He said KAIROS’s structure and the way it operates generated “annoying and uneasy situations that seemed incompatible with what we stand for.”

For instance, he said the Canadian bishops’ conference logo appeared in every letter or statement issued by KAIROS, leading people to believe “that we (the Catholic bishops of Canada) approved all the positions put forward by the ecumenical coalition.”

He said when the coalition made a decision, it did not have an ecumenical discussion and reach a consensus.

At KAIROS, “people are first and foremost involved in advocacy, so to champion particular issues. And when you’re fighting for a cause, you must act quickly.” This is where the problem lies, said Bishop Gendron, since “our own structures demand that we take more time to consult all of our instances.”

KAIROS promptly responded to the CCCB’s decision to leave the coalition.

In a statement, the Rev. Desmond Jagger-Parsons of the United Church of Canada, president of the board of directors of KAIROS, acknowledged the group’s long collaboration with the bishops. He also noted that KAIROS “is not foremost a forum devoted to ecumenical dialogue. Our work is totally different.”