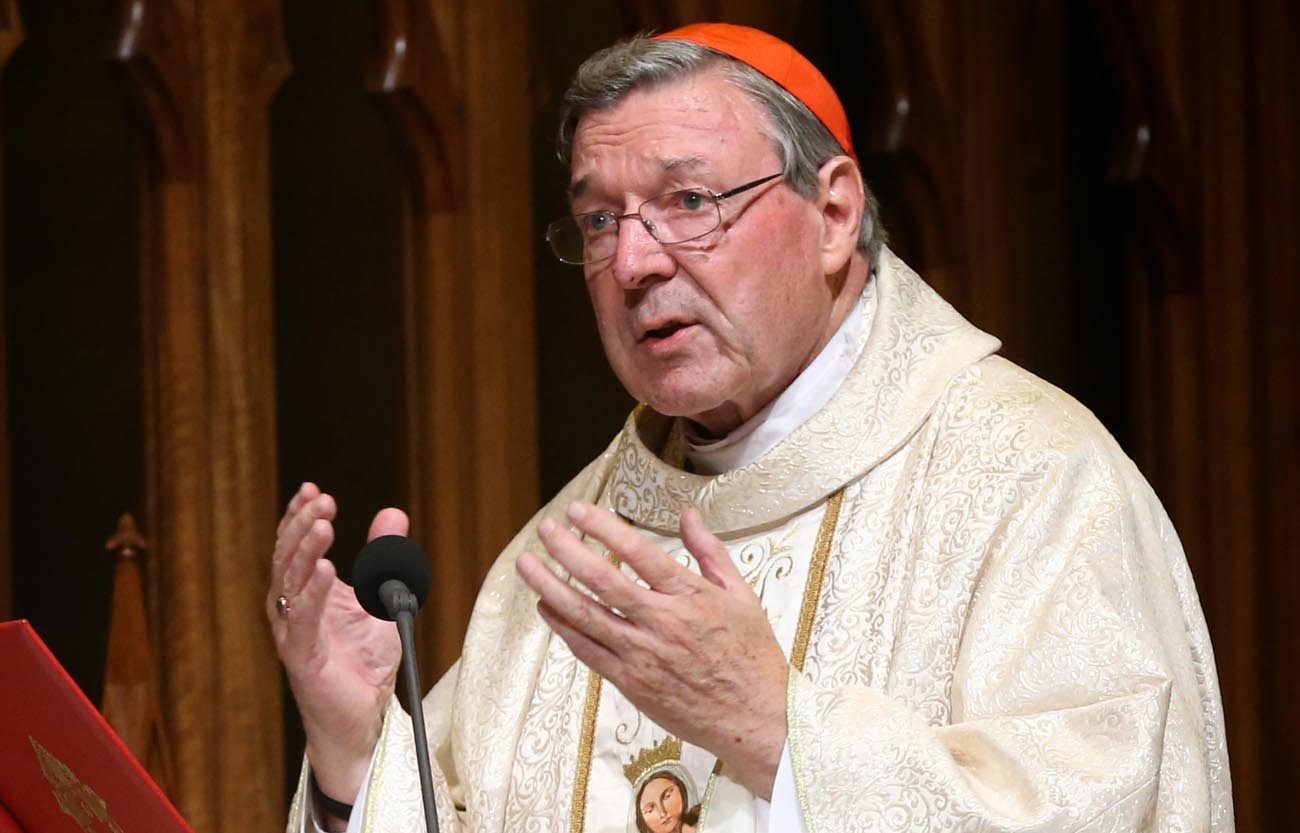 Australian Cardinal George Pell, prefect of the Secretariat for the Economy, is pictured in a 2014 photo in Sydney. Australian police questioned Cardinal Pell in Rome regarding accusations of alleged sexual abuse. (CNS photo/Jane Dempster, EPA)

Cardinal Pell, who has vehemently denied any wrongdoing, was “voluntarily interviewed” by Victoria police in late October, said a statement Oct. 26 from the cardinal’s office.

“The cardinal repeats his previous rejection of all and every allegation of sexual abuse and will continue to cooperate with Victoria police until the investigation is finalized,” the statement said.

Allegations surfaced in July in a report by Australia’s ABC featuring several people who accused Cardinal Pell of sexual assault; at least one of the accusations had been found to be unsubstantiated by an Australian court in 2002.

At the time, Cardinal Pell dismissed the accusations as “nothing more than a scandalous smear campaign” and a statement issued by his office said that “claims that he has sexually abused anyone, in any place, at any time in his life are totally untrue and completely wrong.”

Pope Francis weighed in on the controversial allegations one week after the report aired, saying they were unclear and in “the hands of investigators.”

Speaking to journalists aboard his return flight from Krakow, Poland, July 31, the pope warned against deeming alleged accusations true or false before they are investigated thoroughly.

“If I would give a verdict for or against Cardinal Pell, it would not be good because I would judge prematurely,” he said. “We should wait for justice and not judge beforehand (or) a verdict by the press, a verdict based on gossip.”

Greg Burke, Vatican spokesman, told reporters Oct. 26 that he believed Pope Francis knew about the Victoria police questioning the cardinal. The spokesman also referred reporters to the pope’s comments in July and to the strong statements of denial issued by Cardinal Pell’s office.

PREVIOUS: Filipinos abroad have internet options for All Saints’ and All Souls’ Day