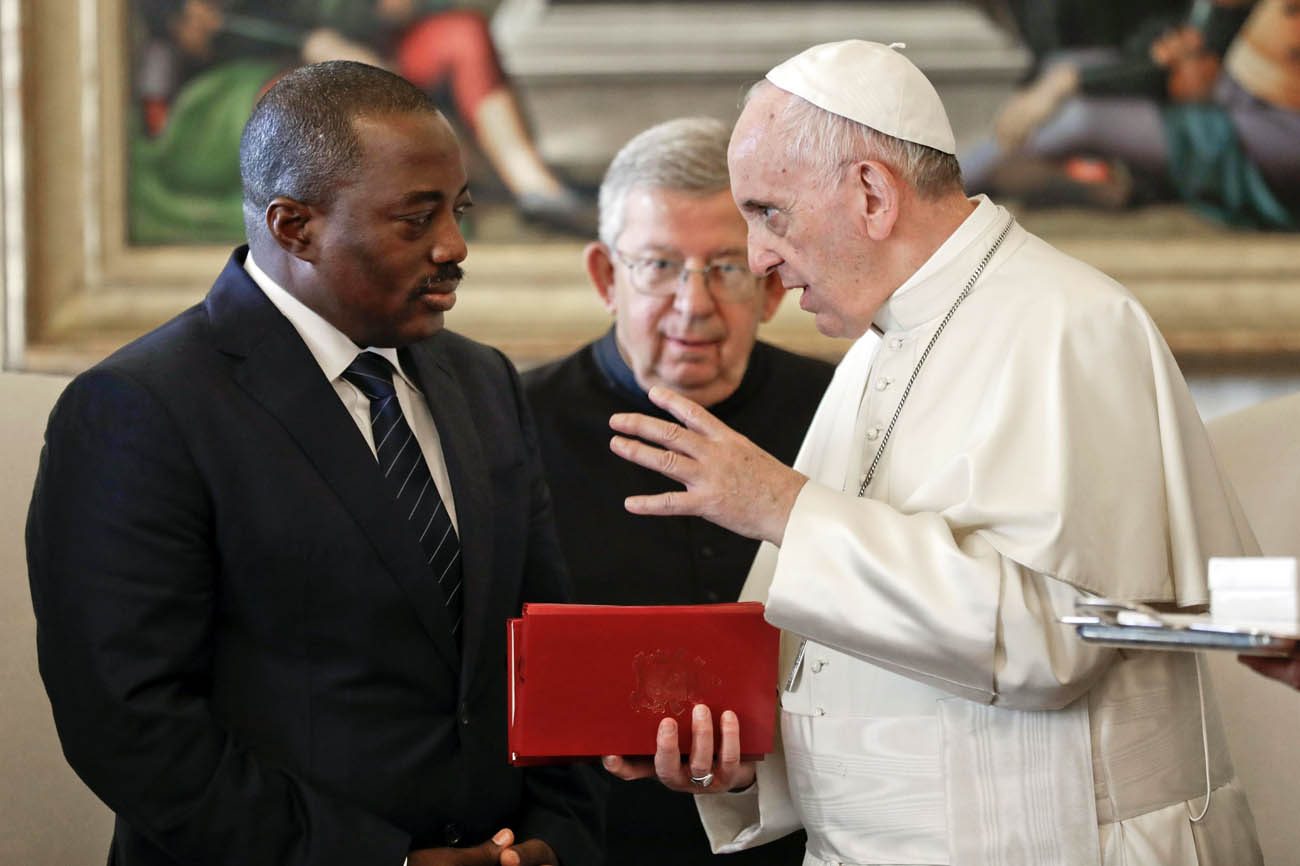 Pope Francis talks with Congolese President Joseph Kabila during a private audience at the Vatican Sept. 26. The Catholic church has pulled out of a national dialogue in Congo, after its president backed the postponement of elections a week after meeting the pope. (CNS photo/Andrew Medichini, pool via Reuters)

KINSHASA, Congo (CNS) — The Catholic Church has pulled out of a national dialogue in Congo.

“Only an inclusive dialogue which respects the constitutional order will provide a framework for resolving our crisis,” said Archbishop Marcel Utembi Tapa of Kisangani, president of the Congolese bishops’ conference. “A large part of our fellow citizens will not feel themselves affected by a compromise which fails to obtain real solutions.”

The statement was published Oct. 3 as Congo’s main opposition leaders boycotted talks in the capital.

The church’s representative at the national dialogue, Msgr. Donatien Nshole, told Voice of America Oct. 1 the bishops’ conference believed President Joseph Kabila should not be seeking a third term and would not sign an accord that failed “to engage all political actors” and “respect the constitutional order.”

Archbishop Utembi said the church had urged the government to meet opposition preconditions, including the release of political prisoners and return of seized media, and would continue pressing for “a wide consensus.”

The pope expressed concern about the crisis during a 20-minute meeting with Kabila at the Vatican Sept. 26, a week after security forces dispersed opposition protesters in Kinshasa, killing 49 and injuring and arresting hundreds more. A Vatican statement said both sides had underlined the need for “a respectful and inclusive dialogue” among politicians, civil society representatives and religious communities.

Up to 6 million people died in a series of 1995-2003 wars in Congo, formerly Zaire, where armed groups have exploited a lack of stable government to plunder natural resources.