Each Christian is a chosen child of God, pope says 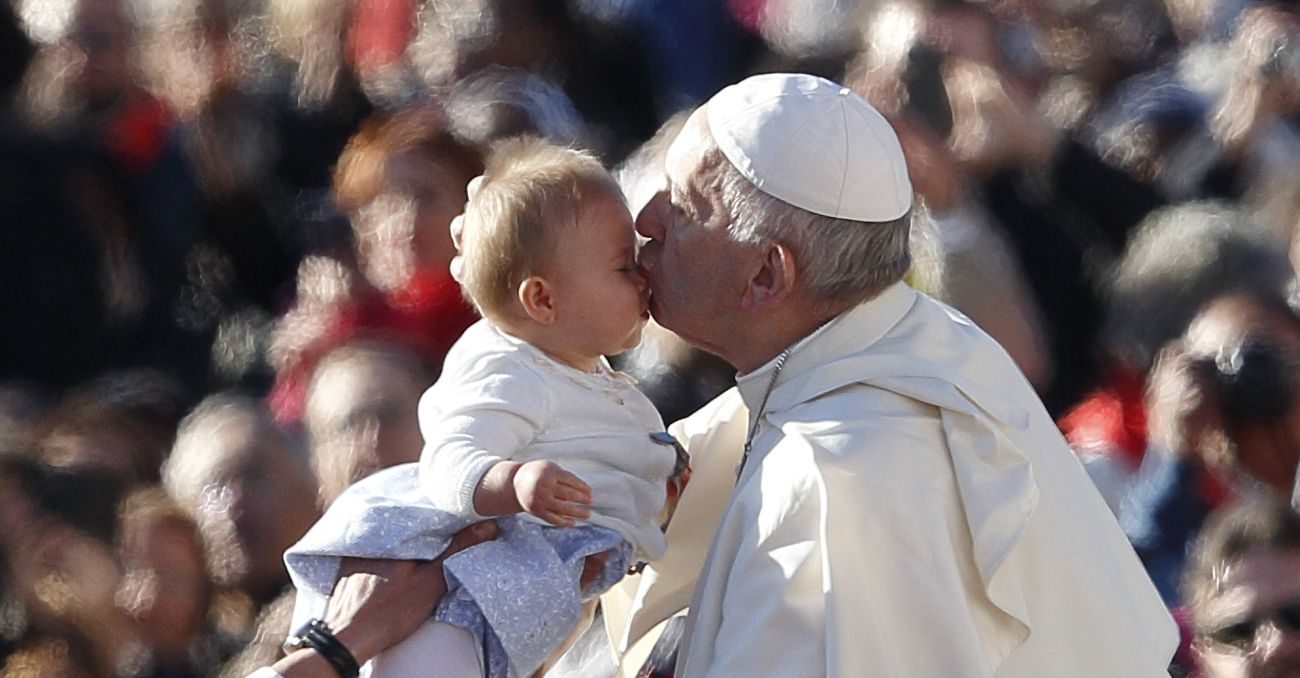 Pope Francis kisses a baby during his general audience in St. Peter's Square at the Vatican Oct. 12. (CNS photo/Paul Haring)

VATICAN CITY (CNS) — Christians are not only chosen by God individually but are also unconditionally loved and forgiven by him, no matter how often they have strayed, Pope Francis said.

One who is “fully Christian” can never consider him- or herself abandoned and unforgiven,” the pope said Oct. 13 in his homily during Mass at Domus Sanctae Marthae.

“The Father wanted you, not a group of people, no; you, you and you. Each one of us,” he said. “It is the foundation, it is the basis of our relationship with God. We speak to a father who loves us, who has chosen us, who has given us a name.”

Preaching on the reading from Ephesians in which St. Paul praises God for the blessings bestowed on those he has chosen and redeemed, the pope said a Christian is one who is blessed and thought of fondly by God.

“We, each one of us, has been dreamed of by (God) like a father and a mother dream of the child they are expecting. And this gives us great reassurance,” he said.

As one who “is chosen and dreamed of by God,” true Christians never feels abandoned but live their lives with a sense of belonging, no matter what sins or wrongs they have committed in the past, the pope said.

“We have all been forgiven with the price of the blood of Christ. But what have I been forgiven of? Just jog your memory and remember some of the bad things you have done, not those done by your friend, your neighbor: you,” Pope Francis said. “What bad things have you done in your life? The Lord has forgiven these things.”

Christian identity lies not only in being chosen and forgiven by God, he continued, but also in the willingness to embark on a path “toward the encounter with Christ who has redeemed us.”

Unlike the man in Jesus’ parable who buried his talent out of fear and “spends his life going nowhere,” a Christian “is a man on a journey, a woman on a journey, who always does good, who tries to do good, to go forward,” the pope said.

NEXT: Christians who reject all refugees are ‘hypocrites,’ pope says