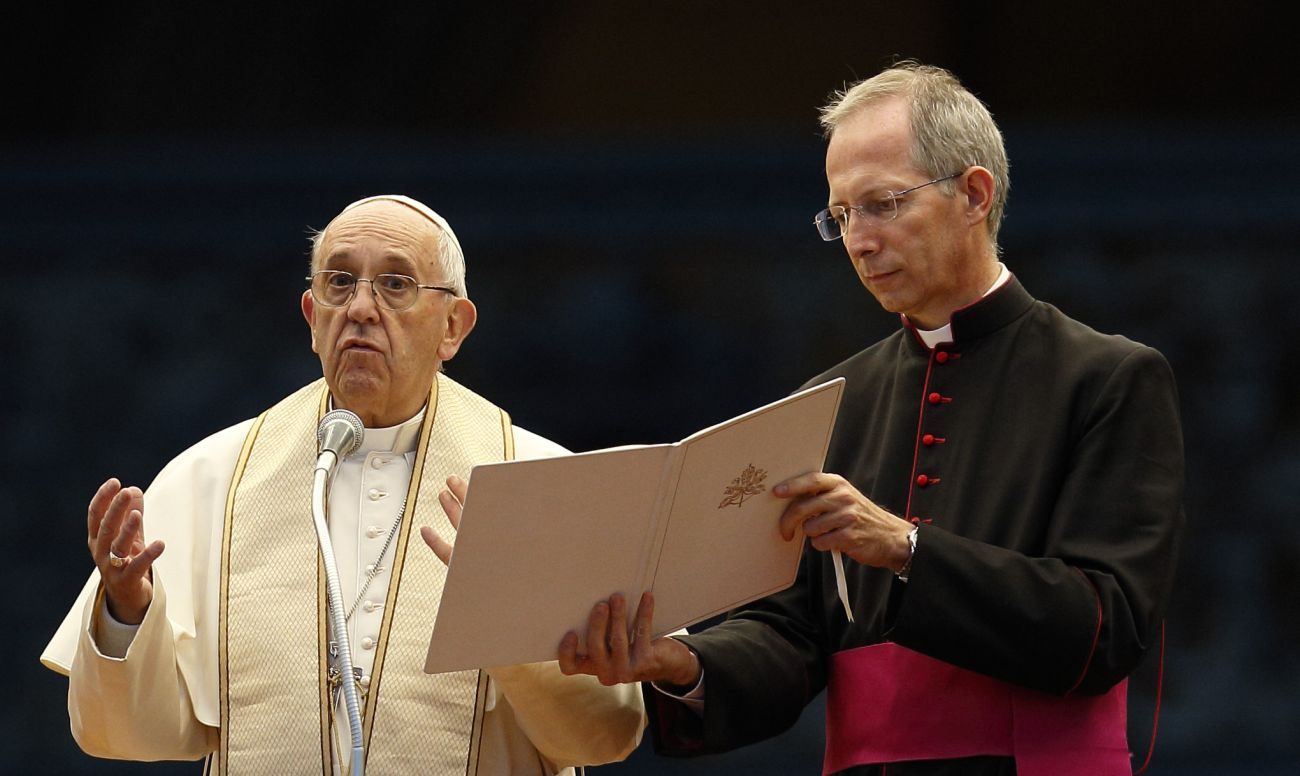 VATICAN CITY (CNS) — When a choir director and parish priest differ over liturgical music, the choir should follow in good faith the wishes of the priest for the sake of unity, said the papal liturgist.

When it comes to celebrating the liturgy, “we should never fight,” Msgr. Guido Marini told choir members, directors and priests. “Otherwise, we distort the very nature” of what the people of God should be doing during the Mass, which is seeking to be “one body before the Lord.”

The papal master of liturgical ceremonies spoke Oct. 21 at a conference opening a three-day jubilee for choirs. Hundreds of people involved in providing music for the liturgical celebrations in Italian dioceses and parishes — such as singers, organists and musicians — attended, as did directors of diocesan liturgy offices and schools of sacred music.

During a brief question-and-answer period after his talk on the role of the choir, a participant asked Msgr. Marini what she termed “an uncomfortable, practical question.”

“Many times, in our parishes, the priest wants the choir to perform songs that are inappropriate, both because of the text” and because of the moment the song is to be performed during the service, she said.

“In these situations, must the choir master follow the wishes of the priest even with the knowledge that by doing so, the choir is no longer serving the liturgy, but the priest?” she said to applause.

Asked for his advice, Msgr. Marini smiled, cast his eyes upward and rubbed his chin signaling his awareness that it was a hot-button topic. He said he felt “sandwiched” “between two fires, between priests and choirs.”

Acknowledging the difficulty of such a situation, he said he sided with the priest.

There are situations where priests may not be giving completely correct guidance, he said, and there are directors that could be doing better. But in either case, conflict and division should be avoided and “humility and communion be truly safeguarded,” he said.

This, like with all disagreements, he said, requires that all sides be very patient with each other, sit down and talk, and explain the reasons behind their positions.

But if no conclusion or final point is reached, then “perhaps it is better also to come out of it momentarily defeated and wait for a better time rather than generate divisions and conflict that do no good,” he said to applause.

Live the path of communion and unity in the parish “with lots of goodness, cordiality and sometimes the ability to sacrifice something of oneself, too,” Msgr. Marini advised.

Just like the grain of wheat, he said, “sometimes all of us must die in something” knowing that it will bear future fruit.

Msgr. Marini responded to the question after delivering a 50-minute speech, in which he received a standing ovation.

Titled, “The Role of the Choir in Liturgical Celebrations,” the monsignor outlined five fundamental elements of the liturgy and how choirs should help serve each of those aspects.

The liturgy is the work of Christ and it should express the Savior’s living presence, he said. Choir members, therefore, must be people who have Christ present in their hearts.

While much care must be given to the artistic and technical aspects of liturgical music’s performance, the hearts of those who perform must be cared for as well so that they are men and women of faith who feel “a burning love for Christ” and find their life’s meaning in him, he said.

The liturgy also must evoke the church’s universality, where there is a harmonious union of diversity and continuity between tradition and newness, he said. This means that the choir must never be “front and center” or seem separate from the faithful because they are part of the assembly.

Pope Francis has insisted that liturgical music for papal liturgies “never go beyond the rite” and force celebrants and the assembly to wait for the singing to finish before proceeding on to the next moment of the Mass, he said. “Song integrates itself into the rite,” serving the ceremony and not itself.

He also asked that choirs help the liturgy in its purpose of gathering everyone together to conform themselves more closely to God and his will.

The Mass is about overcoming individual distinctions so that “it is no longer I who live but Christ who lives in me,” he said. That means the choir should help everyone in the assembly be an active participant during the moments of song including by stirring people’s emotional or spiritual feelings.

Choirs must help the liturgy by inviting all of creation to lift its gaze toward God on high, he said. People should feel elevated and pulled out of the mundanity of the ordinary and everyday — not to escape from it, but so as to return renewed to one’s everyday life after Mass.

If song is not “a bridge over eternity” then it is not doing its job, he said. Song must not be worldly and unworthy, but must in some way be the “song of angels.”

Lastly, he said, choirs must be missionary like the church and the liturgy by way of attraction, which it does by revealing God’s beauty, wonder and infinite mercy.

PREVIOUS: Papal summer residence opens to the public for the first time