Papal summer residence opens to the public for the first time 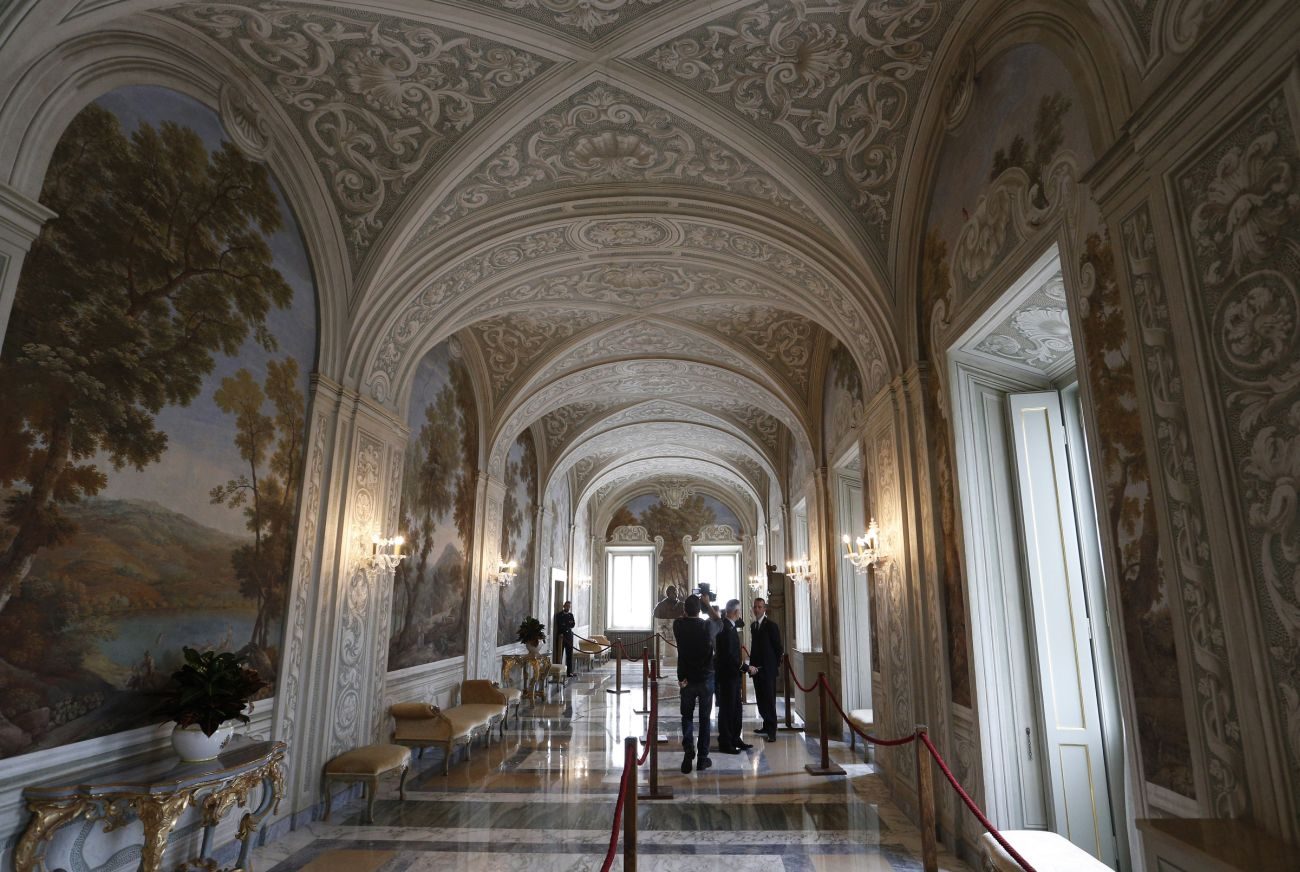 CASTEL GANDOLFO, Italy (CNS) — Pope Francis is throwing open the doors to the papal apartment — including the bedroom where popes have slept — in the Apostolic Palace at Castel Gandolfo.

The palace was for centuries the summer residence of the Roman pontiffs, but Pope Francis has decided not to use it. Instead in 2014, he opened the palace gardens to the public and last year opened a portion of the Apostolic Palace as a portrait gallery.

Pope Francis “wanted this place — so rich in history and so significant — to be a gift for the people,” Antonio Paolucci, director of the Vatican Museums, said Oct. 20 at the grand opening of the papal apartment.

“Whoever passes through the gate of the Apostolic Palace of Castel Gandolfo will find pure beauty,” Paolucci said.

Among the rooms open now to the public are the Room of the Throne, the Consistory Room, the pope’s bedroom and private study.

Unlike his predecessors, Pope Francis spends his summers in Rome rather than at the peaceful residence 20 miles away in the cooler hills. However, Sandro Barbagallo, curator of historical collections at the Vatican Museums, said that the “non-presence of the pope fits perfectly within the palace’s history.” 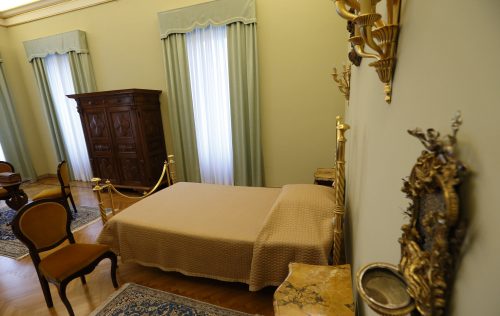 “Thirty-three popes have reigned since the Apostolic Palace was first acquired. Of those 33 popes, only 15 have actually resided here at Castel Gandolfo,” he noted.

To celebrate the papal apartment’s grand opening to the public and its historical significance, artists from the Guangzhou Opera House in Beijing performed a short concert titled, “Beauty unites us.”

Playing both classical and traditional instruments, the eight female artists filled the palace courtyard with the sounds of China while famed calligrapher, Cui Zimo, painted an artistic representation in honor of the Year of Mercy titled “Anima Mundi” (“The Soul of the World”).

Zimo said his artwork, as well as the presence of the musicians from the Guangzhou Opera House, was “an artistic contribution to the pope’s Year of Mercy,” and he hoped that it would be “a new start to the relationship between China and the Vatican.”

The artwork, he said, was inspired by Michelangelo’s “Creation of Adam,” in which God is depicted reaching his finger toward Adam, “yet their fingers are barely touching.”

Zimo said he suddenly realized “what those hands mean” when he had a chance to meet Pope Francis and shake his hand. “It is love that allows those hands to be together and that small distance (between them) can disappear,” he said.

Visitors can purchase tickets to the Apostolic Palace and the papal apartment in Castel Gandolfo through the Vatican Museums’ website (www.museivaticani.va).

PREVIOUS: Christian thinkers call for a politics of ‘localism’