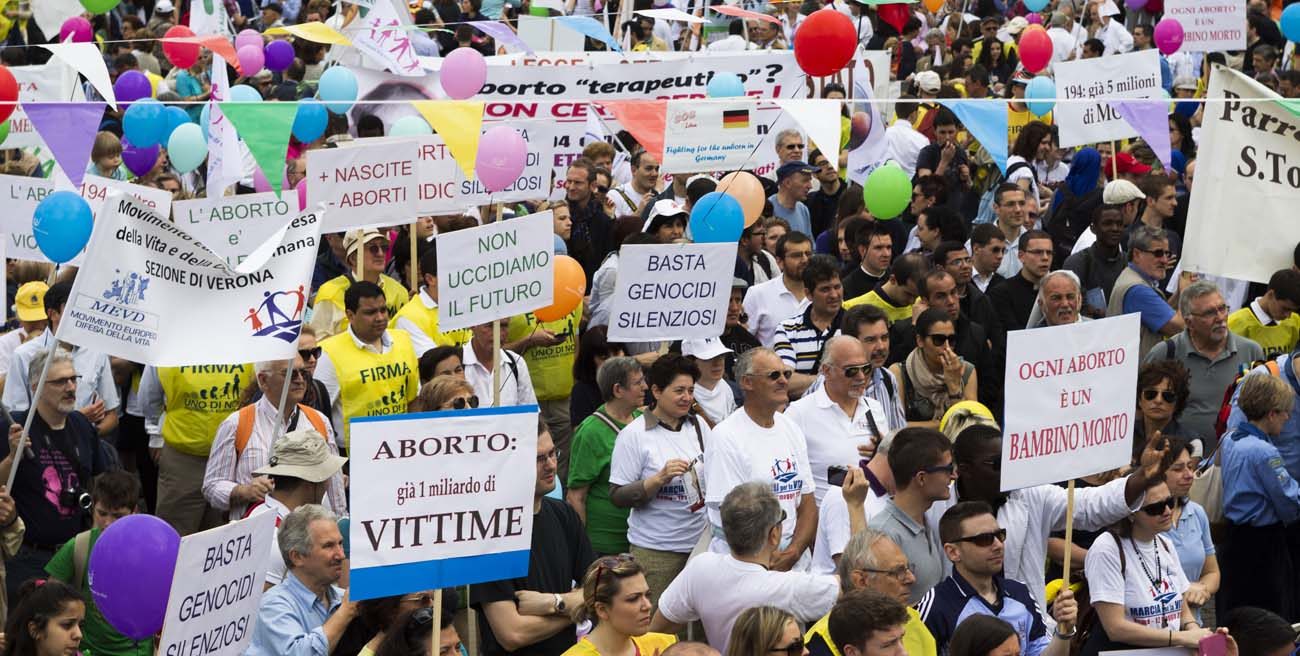 Tens of thousands of pro-life demonstrators take part in the 2013 annual national March for Life in Rome. In its message for Italy's pro-life day for 2017, celebrated Feb. 5, the Italian bishops urged people to promote life and resist the temptations of irresponsible economics that fuel war and death. (CNS photo/Robert Duncan)

“Teaching about life means getting involved in a civilized revolution that heals the throwaway culture, the mentality of falling birthrates and demographic collapse, promoting the defense of every human person from the first blossoming of life until its natural end,” it said.

The permanent council of the Italian bishops’ conference issued its message for Italy’s pro-life day for 2017, celebrated Feb. 5. The message was dated Oct. 22 — memorial of St. John Paul II.

Taking care of children and grandparents is part of Pope Francis’ call to help realize God’s plan for humanity, the message said. Children are the future of a people, bringing them hope, and grandparents are the ones who pass down memories and the faith to future generations, it said.

“Taking care of grandparents and taking care of children is the sign of love — the most promising because it promises the future,” it said quoting Pope Francis.

This kind of caregiving “demands the effort of resisting the sirens of an irresponsible economics that generates war and death,” it said.

The bishops highlighted the important role St. Teresa of Kolkata, who advocated respect, love and defense of all human life.

She “teaches us to welcome the cry of Jesus on the cross,” because it is there that “we can hear the voice of the suffering, the hidden cry of the little innocent ones to whom the light of this world is denied, the sorrowful plea of the poor and those most in need of peace,” it said, quoting the pope.