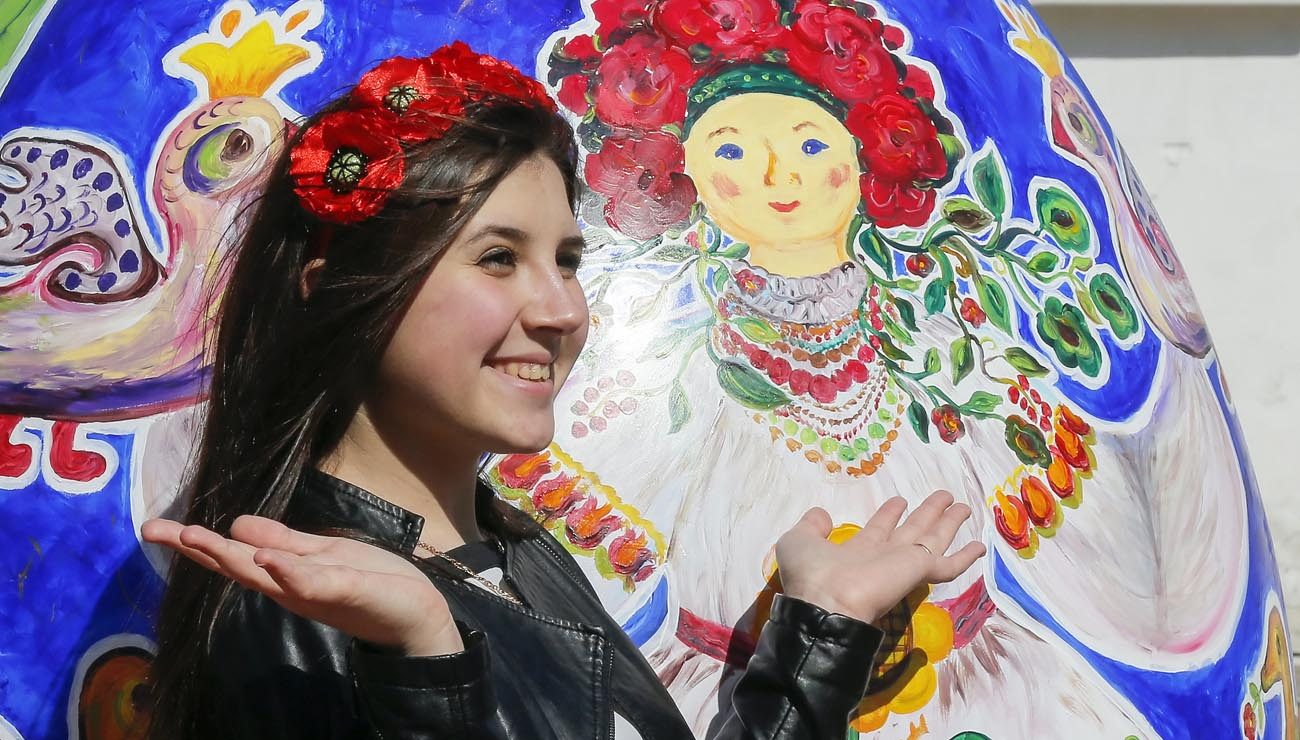 A Ukrainian girl is seen during an Easter celebration outside St. Sophia's Cathedral in Kiev, Ukraine, April 10, 2015. Eastern Catholic migrants living in Western Europe help the Catholic Church become more aware of its universality and diversity and, by remaining active in their faith, can help with the new evangelization of the continent, Eastern Catholic bishops said.(CNS photo/Sergey Dolzhenko, EPA)

VATICAN CITY (CNS) — Eastern Catholic migrants living in Western Europe help the Catholic Church become more aware of its universality and diversity and, by remaining active in their faith, can help with the new evangelization of the continent, Eastern Catholic bishops said.

Meeting in Fatima, Portugal, Oct. 20-23, the Eastern Catholic bishops of Europe examined “the challenges of the pastoral care of the Eastern Catholic faithful who migrate to Western countries and, often, to places where they find themselves without their own pastors,” according to a statement.

Thanking Latin-rite bishops and priests who have made provisions for the pastoral care of Eastern-rite immigrants, the bishops called for greater efforts to educate Latin clergy about Eastern liturgy and traditions. They also promised better education and preparation for the Eastern priests they will send to Western Europe to minister to their own faithful.

“Our commitment and pastoral care of the faithful is based on the principle of integration, not assimilation,” the bishops said. “We deem it very important that our faithful, organized in their pastoral centers, are well integrated into the local church of the host country, because we are certain that the Oriental Christian traditions are a gift for the Latin communities, too.”

“Only by integrating in the local church — without being assimilated and without remaining isolated — it will be possible to share the heritage of our traditions and witness together that the Catholic Church is ‘the unity of faith in the diversity of traditions,'” the bishops wrote in their statement.

“Today’s migration,” the bishops’ said, “is an opportunity for the church” because it gives Catholics an opportunity to welcome others. “In this way we put into practice what we believe in, that is, that the church is not a reality closed in on herself but it is permanently open to missionary and ecumenical endeavor.”

“In fact, the mobility of our faithful fosters the culture of encounter and testifies to a spiritual unity lived in Europe,” they said.